Baldur’s Gate 3 Has 400 People Working on it

Larian Studios CEO and founder Swen Vincke reveals that the studio has 400 people working on the upcoming RPG across seven studios.

"We do still think we have a year of development ahead of us, so it's unlikely it will be this year," says Larian Studios founder Swen Vincke.

Play as a Berserker and channel your Rage or utilize animal abilities as the Wildheart. Throwing weapons, Decks for the hotbar and more also added.

Along with a new class, the next Panel from Hell will delve into all of the new content with Patch 6 being approximately 60 GB in size.

Baldur Gate 3 Will Make “Significant” Story Changes Before 1.0 Launch Even in the First Area

Larian Studios CEO Swen Vincke says that in addition to gameplay additions and improvements, narrative changes are being worked on as well. 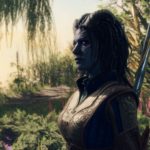 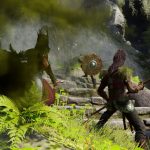