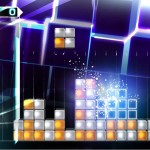 Check out these new screenshots from Lumines.This game is published by Gameloft and is expected to be released by next year on PSP, Mob and PSV. [gallery link="file"]Read More 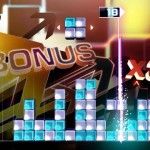 The latest entry in Q Entertainment's Lumines rhythm series. You'll recall that the original Lumines launched with the PSP back in 2004. The Vita version is meant to be a true evolution of that titl... Read More