Wolfenstein, Indiana Jones Dev is “So Excited” for Xbox-Bethesda Showcase

MachineGames – developer of the rebooted Wolfenstein series and the upcoming Indiana Jones game – could possibly be hinting at an imminent announcement.

MachineGames’ Indiana Jones Was Meant as a Multiplatform Title, but That Might Not be the Case Anymore – Rumour

Recent conflicting information has created some confusion about whether or not MachineGames' Indiana Jones game will be exclusive to Xbox.

Bethesda's Todd Howard talks about MachineGames' upcoming Indiana Jones game, and how much he's involved in its development.

It is now being developed by MachineGames, who are doing "a phenomenal job" on the project, according to Howard.

Bethesda's SVP of global marketing and communications Pete Hines wants to make it clear that we're not going to hear about this game for some time.

Wolfenstein Developer MachineGames is Working on an Indiana Jones Title

Todd Howard will serve as the executive producer. 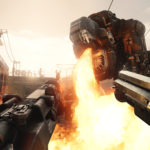 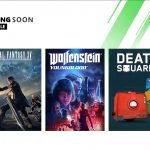 Xbox One subscribers will also get Death Squared on February 13th.