Zumba Fitness which has been topping the Wii charts for so many week, and did so last week too, was the highest selling Wii game in UK for the week ending September 17th. Just Dance 2 came in secon... Read More 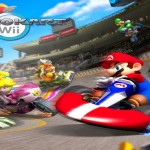 Amidst all the bad news for Nintendo lately, here's a lone bright spot- along with Ocarina of Time 3D, which was reported to have sold in excess of a million units worldwide yesterday, two more Nint... Read More