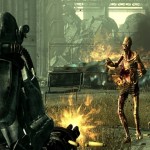 Sonic the Hedgehog 4:  Episode One was the bestselling PSN game in the month of October, zooming past Deadliest Warrior: The Game and Lara Croft and the Guardian of Light as they sat on second and ... Read More

Latest Level Review scores are out, Fable III gets an 8

The new issue of LEVEL is out on stands now and it seems someone's got all the review scores rounded up. Fable III, Vanquish and New Vegas each got a  solid 8/10 while Medal of Honor got a rathe... Read More

The review scores from the latest issue of GI have been revealed. Among the more notable games reviewed, Medal of Honor got a dissapointing 7 while Catlevania : Lords of the Shadow got an impressive... Read More