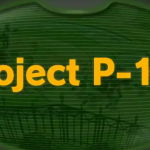 Want to see more information on Project P-100 for the Wii U? Check out the video, courtesy of Jeuxonline. The game is being developed by Platinum Games and is a Nintendo Wii U launch title. Earth i... Read More

Platinum Games announced a new game for the Wii U once Nintendo's E3 conference was over, and it's tentatively titles Project P-100. It looks a lot like Pikmin, which was incidentally also revealed to... Read More