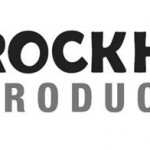 MicroVolts Gets A New Video

[HTML1] Rock Hippo have released a new video for MicroVolts. Check it out. Stay tuned to GB for more news and updates.Read More

Rock Hippo Productions is have announce that Brawl Busters, the  multiplayer brawling game, is entering its Closed Beta phase today. The first batch of beta keys has been sent out to those who... Read More

Rock Hippo Productions has officially partnered with Valve’s Steam platform to distribute its two popular free-to-play games, MicroVolts and the upcoming Brawl Busters.  Both a games will soon ... Read More