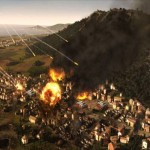 R.U.S.E.: The Pack of The Rising Sun DLC releases today

Ubisoft announced that new downloadable content for R.U.S.E. entitled The Pack of The Rising Sun is now available for PC, for Xbox 360 Playstation 3 today, February 16th 2011. The Pack of The R... Read More

Ubisoft's new DRM system for PC games has been quite controversial, for several reasons- it requires the player to stay connected to the net all the time if he or she is to play the game; it saves the... Read More 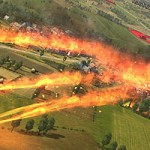 Ubisoft have been constantly pushing back the release date for RUSE, their new RTS, but it has finally been given an official release. The delay from June until what we now know to be Spetember... Read More