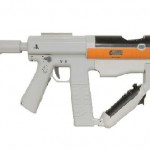 Here’s how the future of Motion Control Gaming looks like

[HTML1] Freddy Wong (Youtube star) and Insomniac Games have teamed up to create this incredible video that makes you wish you lived in an advanced world. You can still buy a sharpshooter and try it... Read More 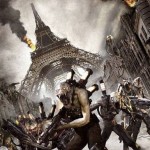 [HTML1] Another video from the closed BETA of CoD: Black Ops, this time showing us some sharpshooting action. Looks good, can't wait. Have a look and get excited too. Black Ops hits stores on N... Read More