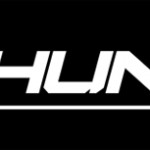 Out now for the 3DS and PS Vita.

Spy Hunter puts you behind the wheel of the high-tech G-6155 Interceptor supercar and challenges you to take on enemies on land, over water and off-road. Get Ready to Savor Your Destruction! Game Fea... Read More

Warner Bros. Interactive has announced Spy Hunter for PS Vita and 3DS, which is being developed by TT Fusion. This is a reboot as the original game was released in the 80s on the arcades, and it ... Read More