Archive For the division 2 Tag

Meanwhile, the series has surpassed a total of 40 million players. 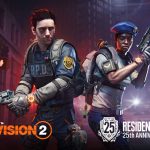 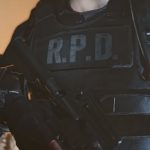 The update will arrive in February 2021.