An RGB colour code corresponding to Scarlet has been discovered in various countdown videos.

Microsoft Might Reportedly Reveal Partial Specs For Next Xbox At E3 – SSD, Zen 2, and More

That said, don't expect to see "a raw list of specs".

Sony’s Decision To Come Clean With Information About The PS5 Was Genius – Should Microsoft Follow?

How long should Microsoft wait before it tips its hand for the next generation?

Next Gen Xbox Will Reportedly Be “More Advanced” Than The PS5

As per reports, Microsoft wants to continue having the most powerful console available on the market.

Next Gen Xbox To Be Unveiled At E3, Launching In 2020; Halo Infinite To Be A Launch Title – Rumour

Microsoft could be preparing for a massive E3 show, if recent reports are to be believed. 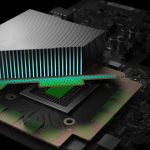