Let your hair down for the next gen. 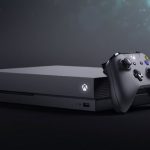 Well, yes, at that price, that's hard to argue with.

Good to get it out of the way early.

Xbox Boss: Microsoft Is “Ready” For E3 2017, Can’t Wait To Show What They Have In Store

Madden NFL 18 Looks Stunning On Xbox Scorpio, Will Have Most Detailed Environments Ever Seen On Console: EA

Microsoft needs to avoid disappointing fans this all important E3.

Xbox Scorpio Teased In Three New Videos Ahead of E3

A rather sensible position to take.

Tokyo 42 Developers: Xbox Scorpio Won’t Affect The PC Gaming Market Much, 4K/60fps Not Out of The Question

Could Scorpio create ripples in the PC gaming market?

He also praises the Xbox One Scorpio.

Looks like at least one big AAA developer is willing to go all out on Microsoft's new machine.

The Wild Eight Dev Will Work Hard To Achieve 4K/60fps On Scorpio, 12GB RAM Is A Big Number

Completely up to the developers.

Xbox Scorpio’s Support For FreeSync And HDMI 2.1 Will Remove Artefacts But It May Not Support Every Game: How To Survive 2 Dev

Jules-Benjamin Lalisse, head of Eko Software also reveals they haven't yet planned on the Scorpio version of How To Survive 2.

I never saw that coming.