Even though Dotemu and Tribute Games have no plans for DLC yet, the former's CEO Cyrille Imbert says to never say never. 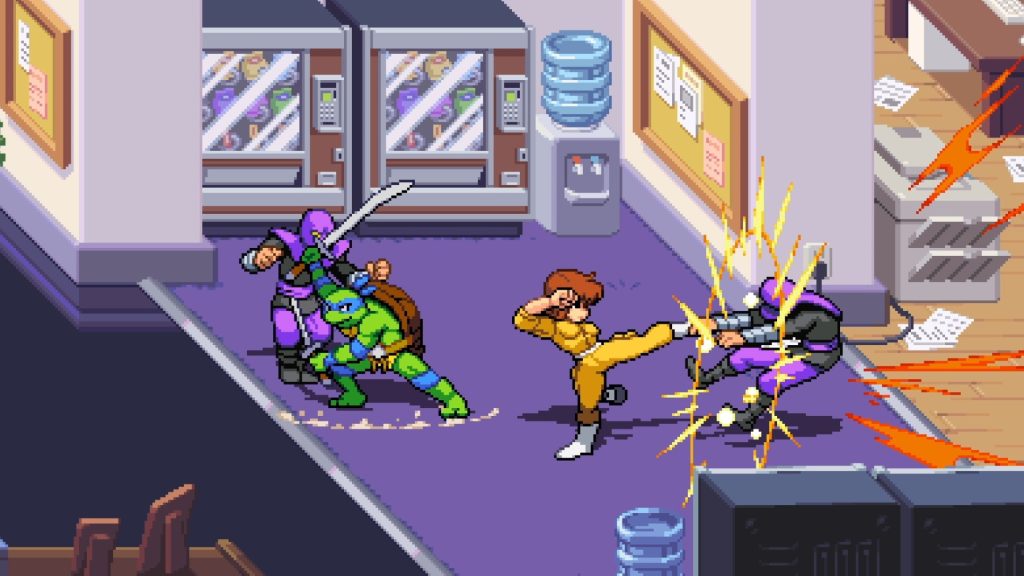 Teenage Mutant Ninja Turtles: Shredder’s Revenge is out now, and reception from critics and audiences for the brawler has been almost universally positive, as many had hoped and predicted before launch that it would be. The game’s fans will, of course, be hoping that there’s more content to come for it in the not-too-distant future, and while nothing of the sort has been announced yet, there’s a good chance that that ends up happening.

In a recent episode of the Xbox Expansion Pass podcast, developer Tribute Games’ Yannick Belzil – who was narrative designer on Shredder’s Revenge – discussed the possibility of DLC for alternate costumes, and why the development team didn’t work on it because of wanting to perfectly animate the default character models in the game.

“For alternate costumes, it really was not thought of during production because we’re very proud of our animations, and the animations are really detailed, and they’re filled with character,” Belzil said (transcribed by IGN). “They’re really animated with minute details, which means that making them takes a long time.”

“I always thought that it’d be cool if the Turtles could be in trench coats and hats the way they were incognito in the old cartoons. But again, that would take a whole lot of time, and especially with our animators – like, they’d want the trench coat to be flowing, and you’d want it to be dynamic.”

Belzil went on to add that if Tribute Games were to work on DLC for the game, they’d probably work on an additional playable character rather than alternate skins for existing characters.

Not long afterward, Cyrille Imbert – CEO of publisher Dotemu – took to Twitter and followed up on IGN’s aforementioned report, explaining that though there are no current plans for Shredder’s Revenge DLC, that could change in the future based on what the game’s player base wants.

“It will depend on many factors,” Imbert explained, “like the game’s reception and the ideas/feedback that the awesome community will send us.”

Of course, it’s hard not to instantly draw an association with Dotemu’s own fellow beloved brawler Streets of Rage 4, which received excellent post-launch DLC. If Shredder’s Revenge follows in its footsteps, there will be plenty for its fans to look forward to. Fingers crossed.

Some clarification here: There won’t be alternative costumes at launch and we don’t have DLC plans so far, but we never said “never”😉 It will depend on many factors like the game's reception and the ideas/feedback that the awesome community will send us. https://t.co/l51aqNmYKI