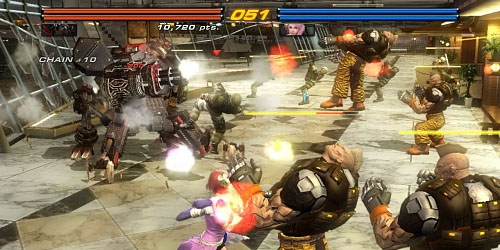 Coming January 18, the online patch will allow players to get a friend and play through the Scenario Campaign mode together, side-by-side, using voice chat to work together and fight to the finish. Best of all, it’s free.

Also included in the update, in online versus mode, Mokujin’s fighting style changes with every round.