NPCs are a major part of video games, especially those which look to have a huge and rich game world as one of their primary focuses. If you have dead, non-realistic NPCs, it can downright ruin a game. Nobody likes to walk down a road to see two NPCs standing by and simply staring at each other. The more dynamic and unpredictable they are, the more fun the player has out of his/her experience. But for me, what makes or breaks in NPC- in most cases- is if it’s funny or not. The quirkier and wittier the NPCs are, the better I like them.

So here is a list of ten such games that have, what we feel, are the most hilarious Non-Playable Characters featured in them. Enjoy the list, and tell us which games we’ve missed out in the comments section below! 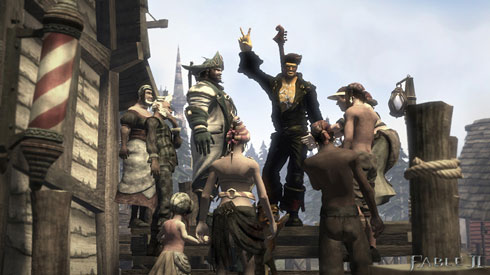 The Fable games probably have the best NPCs. The people that inhabit Albion are always quirky and we all always get a greak kick out of their antiquities, but they were probably at their best in Fable II. Town criers were really funny at times, the women you wooed reacted in ways that made you chuckle, every time you beat or killed a person, you got immense joy out of seeing the townsfolk run around like crazy. And of course, the way people react when you fart is legendary. There was no way Fable II would not be on this list.

I don’t really know if Bethesda did this on purpose, but the NPCs in Elder Scrolls 4- especially the guards- were sometimes extremely dumb, so much so that I burst out laughing at their dialogues more than once. Just look at that video. The guard walks up to the other dead guard, and asks him if he’s “alight”. Well of course he’s not alright, that thing you see rolling on the ground isn’t a rock. The guard then looks up at the player and says “this person is dead.”

The Legend of Zelda: Phantom Hourglass 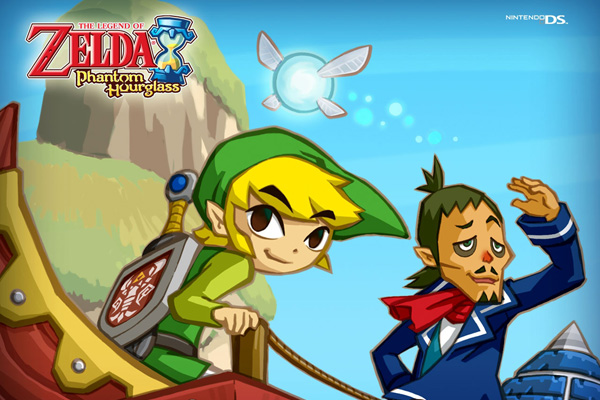 The townsfolk and the people you meet in Phantom Hourglass were all very endearing, partly because of the writing and partly because of the visual style, but the thing I like most about Phantom Hourglass- and all other Zelda games- are the chickens. I know that I’ll probably die if I bug them a lot, but grabbing hold of a chicken and throwing it around or slashing it continuously while it tries to escape gives me a strange, sadistic pleasure. To see the flock of chickens attack me gives me even more pleasure, for some inexplicable reason.

And of course, who can forget Linebeck? The Jack Sparrow-esque character was a lovable one, even though he was an ass sometimes. And when the end credits rolled, I actually felt a little sad that I won’t be seeing the quirky Linebeck again.