Just as gaming consoles themselves are steadily evolving to improve game play, graphics, and other factors important to gamers, flat screen technologies are bringing us bigger and clearer televisions that can vastly improve the gaming experience. If you enjoy playing video games and are interested in upgrading your television, you may want to do some research on different flat screens, or check out Marks & Spencer. In the meantime, here are some of the best gaming TVs for 2011. 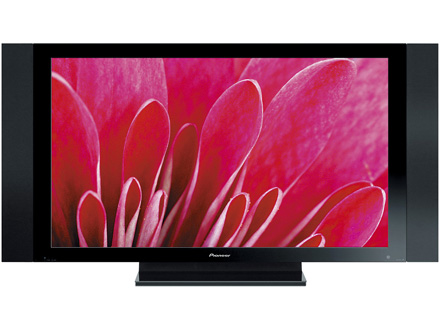 This television excels when it comes to the visuals… its image quality is strong and the television itself is quite sharp. However, it seems that there can be some problems with motion. That said, many people are simply drawn to its physical appearance. This is a large, jet black TV that rests on a stand (rather than on a wall mounting) and can go well in a variety of rooms and settings.

This television as well has strong visuals, but is evidently lacking when it comes to speaker quality. Depending on what you look for in your gaming experience, this may or may not be a huge concern. The television is called the “Scarlet” because the back of the screen has a unique (and incredibly sleek) red metallic panel on it. This makes the television flashy in its own right.

This has been mentioned as a cheaper alternative to the highly regarded Sony 1080p Bravia. It is generally known for its surround sound quality, as well as its inclusion of 3 different HDMI inputs (which can be a huge plus for gamers that want to use multiple systems at once). One reviewer on dooyoo.co.uk describes this television as “a talking point in (our) living room.”

Possibly the best 720p television on the market, this Sharp’s picture and motion capabilities make it perfect for gamers. Its only draw back is that it cannot always handle high volumes of sound. Additionally, while the television is praised for its handling of colors and balance, some reviews have also criticized its overall image quality as somewhat soft or weak compared to other televisions of similar quality.

There are no real flaws with this television with regard to gaming, except that it cannot support multiple consoles at one time. The television itself, physically, is somewhat unique in that it has a kind of blue tint around its edge, separating it a bit (visually) from standard giant, black flat screens.

Along with great visual quality, this television is, physically, one of the most attractive on the market. Consider it a slightly more expensive, but improved edition of the LG Scarlet mentioned earlier in this list at the number 9 spot. Most reviewers seem to consider it a legitimate upgrade.

Very similar to the LG Scarlet, this Samsung is superior only in that it apparently deals with motion slightly more effectively. Physically, if you have ever seen a large, sleek Samsung flat screen on display in an electronics store, you should know what to expect. The Samsung televisions are often regarded as some of the sharpest looking physical options on the market.

Getting into the top three gaming televisions on the market, there are very few flaws to note… this Sharp seems to struggle only with some brightness issues between light and dark images. However, again – for the most part, this should be a relatively flawless option for even the most serious gamers.

This television is noted by gamrConnect Forums as “easily the best LCD TV on the market at the moment.” Again, once you get into the top 3 or 4 of a list like this, it comes down mostly to personal preference. The flaws and detractions from the top televisions on the market are nearly negligible.

A very expensive, but extremely high quality option, the Kuro even comes with installation from a company technician. While some see this as an unnecessarily expensive option due to the other options just below it, those who strive for the very highest quality will still want to consider the Kuro.

If you consider yourself to be enthusiastic about your gaming experiences, these are some of the best TVs on the market for you to consider. There are plenty of good options out there, but it may not get better than these ten.