Very few 16th century ninja games can surpass the legacy that the Tenchu series has forged. Other than maybe Shinobi and Ninja Gaiden, Tenchu is one of the largest ninja series to ever be created. Although unlike the few ninja franchises that do surpass Tenchu in popularity and years of existence, Tenchu games are known for being far a more realistic and accurate depiction of how real ninja operated. Shinobi, Ninja Gaiden, and most other games that portray ninja and their Sengoku-era counterparts would generally put the player face to face with their enemies, battling it out in full-on fights where everyone was aware of each other and had plenty of supplies and health. One quick glance at a history book on this topic will reveal that this was not really how it went down though. Sure, face-to-face fights would certainly happen, but ninja were often covert mercenaries, whose tactics were generally seen as beneath the strict rules of engagement that samurai lived by on the surface of warfare. Sneaking by opponents, sabotage, infiltration, and using disguises were all things that the ninja would be tasked with to serve the clan leaders and warlords with whom they were aligned. 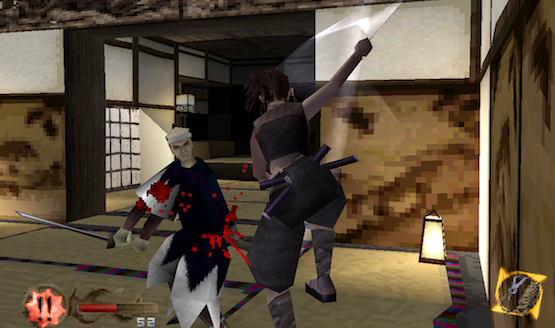 Tenchu: Stealth Assassins was one of the first games to accurately portray these undertakings with the two main protagonists Rikimaru and Ayame who served hoda as his secret spies tasked with vanquishing his geo-political foes. Sneaking was not always required but was highly encouraged and rewarded, as outright battles would often alert new enemies and quickly create insurmountable situations. Also, there were only so many items you could take with you per level, so odds are you wouldn’t be bringing 35 shurikens and 15 health potions anywhere. Before starting a level, choosing between land mines, smoke bombs, caltrops, shurikens, and magic scrolls that would give the player temporary abilities was a major part of the game. You would always have your grappling hook, which was an item that became iconic for the franchise, but each additional item counted and your decisions on what you would take with you often shaped how the level would turn out. Once the level started, the ninja of your choice would be tasked with sneaking, sabotage, assassinations and other tasks that eventually started to weave their way into a larger story about the kidnapping and rescue of Ghoda’s daughter; princess Kiku.

Although Tenchu is by no means the first game to focus on stealth, it is seen as a pioneer of the action-stealth genre with how heavily it committed to the concept. Keep in mind, this was before Metal Gear Solid, and many gamers whose first console was the PlayStation 1, got their first true stealth experience from Tenchu: Stealth Assassins. The heavy stealth focus, demanding resource management, beautiful-yet-somewhat-gloomy graphics, and authentic Japanese soundtrack all came together to form an excellent experience that few games could compare to for the rest of that console generation, and would even go on to score a spot as Game Informer’s “54th best game of all time”. I would probably put it a bit higher than that, but even still.

So with all that said, about the ground-breaking nature of this series, why haven’t we seen another one in almost ten years? What the hell happened to Tenchu?

As was to be expected, Tenchu 2: Birth of the Stealth Assassins came along soon after the first, hitting the PlayStation right at the end of the console’s life and featuring a prequel story with younger Rikimaru and Ayame and a third character Tatsumaru. This game had the exact same gameplay and presentation elements as the first as it was developed by the same team at Acquire, but this time with more emphasis on story and featured quite a bit more character dialogue. Tenchu 2 also had a rather deep level editor mode that could provide endless entertainment if you wanted it, so the task of making a sequel more of what worked but better was essentially pulled off here with some nice extras thrown in via the level editor and the unlockable third character. Birth wasn’t as earth shattering as the first game by any means but it was received well by most. This was the last time anybody would see a Tenchu game that felt like the original though, as the original development team was switched by Activision with a new team, K2, for the third game on the PlayStation 2.

Tenchu: Wrath of Heaven largely checked all of the boxes of what makes a Tenchu game work. The stealth was there, the grappling hook was there, and challenging resource management, some answers to what happened at the end of the first game. The third game in the series would go on to get positive reviews and sell pretty well. FromSoftware was even tasked with porting it to the PSP and Xbox under different names. A few years would go by and Sega would end up with the publishing rights to Tenchu before Tenchu: Fatal Shadows was released. Fatal Shadows was also made by K2 and even though it also seemed to check the boxes of what made a Tenchu game a Tenchu game, the franchise failed to evolve much at all and started to feel like more of the same. Plus Rikimaru, the fan favorite of many, wasn’t playable. Ayame was there and she was joined by Rin, a new female ninja, but no sign of the main character that had carried the franchise up to this point. This is because the game took place in between the first game and Wrath of Heaven, while Rikimaru was still missing. This rubbed some fans the wrong way and seemed to occupy a space in the timeline that nobody was really asking for. 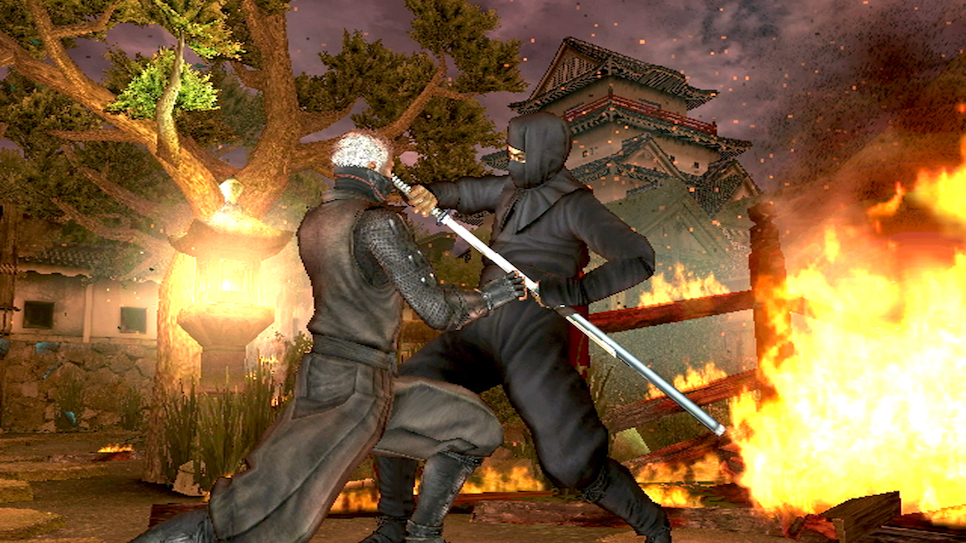 Fatal Shadows wasn’t a terrible game, but it just wasn’t really what fans wanted and also made the series hard to get into for newcomers with the weird spot in the chronology it occupied. This was the beginning of the downward slide of the series. K2 would later make yet another mediocre Tenchu game, Time of the Assassins, but this time on the PSP only, and not in North America at all. Time was mostly viewed as below average and was bested in its low scores only by the next game, Tenchu: Dark Secret, which was on the DS of all platforms, and had an entirely new and ill-equipped developer. This game was so bad that most Tenchu fans, at least those who had a DS and bothered to play it, don’t even count it as cannon, so good luck trying to figure out where in the chronology it takes place.

In an effort to clear the air and bring the series back on track, K2 and Form Software put out Tenchu Z in 2007, The game clearly made an effort, and was easily the biggest Tenchu game with over 50 missions, but many of them were short and in the same areas. This repetitive nature of the game got in the way and despite the graphical upgrade and some bold changes to the format Tenchu Z ended up not being the hit that it needed to be to successfully rescue the series from the mediocrity it had been stymied in for nearly a decade. Fortunately for fans that were still waiting on a return to form, 2009’s Tenchu: Shadow Assassins for the Wii and PSP was more than satisfactory. Acquire had been brought back to work on the series for the first time since Tenchu 2, and the game served as a nice re-imagining of Tenchu’s original intent. It wasn’t flawless but for those who got to play it, it was fun and served its purpose. The series seemed to be getting back on track, yet, here we are. 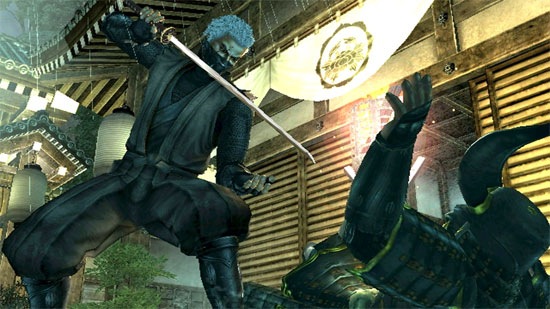 Nearly ten years later, no new games have been released or announced. What’s going on? It’s hard to say, but it is interesting that Activision and FromSoftware are working together on Sekiro: Shadows Die Twice, which are two of the groups that helped bring us many of the original Tenchu games. Could another adventure with Rikimaru and Ayame be brewing in the background? After the complicated history and all the ups and downs of the franchise up to this point, I think it is past time for a full-on reboot. Given how many old Tenchu fans were crossing their fingers hoping for that Shadows Die Twice teaser to turn into a Tenchu announcement at 2018’s E3, I’d say the audience is there and a solid case can be made for a revival. But perhaps with how messy the Tenchu series ultimately became, it made more sense to go with a new franchise for the time being. Sekiro does look amazing, but a Tenchu successor it is not. Perhaps Tenchu is already sneaking its way back into our lives behind the scenes, but for now, like the ninja themselves, we must exercise patience, and wait.