We describe how the upcoming action game by Halcyon Games is shaping up on next generation consoles. 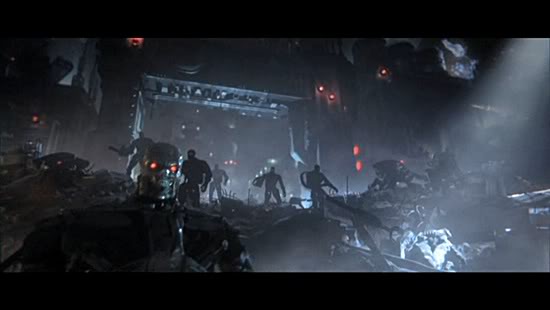 So baically plot wise, John is leading a small resistance team , fighting against the machines who have destroyed the infrastructure and have killed many people of Los Angeles. The game will take you across 9 stages of some modern and urban warfare and occasionally there will be some battles against the machines in lush jungles as well. There will be gunfights on cars and also there is a brief section of fighting on the trains. Overall the action is expected to be up to the standards of the movie. The game also employs the cover system which is indeed very useful while fighting against the Terminators. This time you will be facing the Terminators as well as some new foes. Spiders and Aerosmith makes up a formidable enemy and are tough to take out . This time the terminators have invaved your territority and they are going to give their all. So expect no walkover in the game. Weapons wise you willl be having the standard machine gun , shotguns and also the grenade launcher used in Terminator 2.

You will not be fighting alone in the game. Some members of the resistance will always be with you. So in case you are wondering whether you will be overnumbered by the Terminators , fear not. Your resistance members are pretty smart and will be helping you in various ways. Be it when you are out of bullets or you are on low health , your resistance members will always be able to help you.Talking again about the cover system, there will always be a sort of display indicating the nearest cover. Now this is what makes the cover system unique as compared to games like Gears Of War and RainBow Six series. The battles againt the Aerosmith and Spiders are going to be tough , since they are made of tough steel and will really require some serious and heavy fire. This will give rise to entertaining fights between the Resistance members and the Terminators. 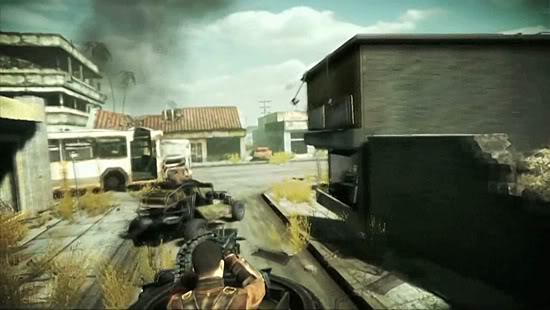 Some of the aspects of Gameplay which did not create a good impression was the lack of team gameplay element. The player cannot command other players while they are along with him in the fights. Though they will help the player by providing him with ammo as i wrote before. Also there will be no co-op gameplay online which is a big minus in our books, since the developers could have added the co-op since we do have a sort team based gameplay in the game. But the developers have promised a “cool” and an innovative offline co-op. We will keep our fingers crossed on this one. Terminator Salvation is going to hit the stores this month. Check out soon for a full review of Terminator Salvation on GamingBolt.com

See the Video Below