The Testament of Sherlock Holmes Review

"An incredible story that ranks among the best Holmes stories ever told."

Sherlock Holmes seems to have had a bit of a resurgence recently. From the superhit Hollywood adaptations of the classic character starring Robert Downey Jr. in the leading role to the seminal BBC series, to the new and divisive CBS take on Sir Arthir Conan Doyle’s incredible character, Holmes fever is everywhere, as the character is reinvented in multiple formats for an entirely new generation.

Given that context, it might seem to you that this newest Sherlock Holmes game – The Testament of Sherlock Holmes – is meant to cash in on the newfound Holmes mania, but you would be wrong. Though you could hardly be blamed for missing them, there have been five other Holmes games in this ‘series’ since 2002, and Testament is just the sixth one that just happens to hit at just the right time: at the peak of the character’s popularity. Therefore, it is bound to get attention regardless of its quality, but the question is, is the game itself worth it? 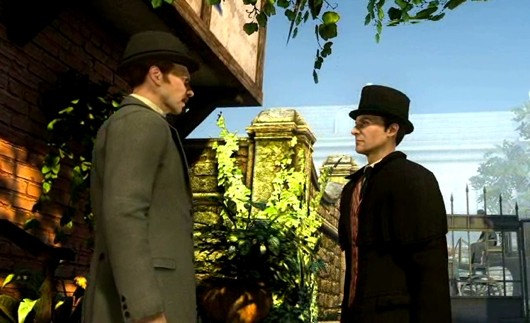 Everything just works. The story is incredible, and incredibly gruesome and disturbing. This game earns its M rating. The game begins with a dismembered thumb, and from then on out, it gets more and more visceral, with no shortage of blood, gore, dead bodies, mutilated corpses, and more. Beyond just the gore and the grime, however, the game goes to full lengths to psychologically disturb and displace you. The story unfolds quite differently from your typical Holmes story, at least to begin with, casting every character in a harsher, colder light, including Holmes himself.

Holmes’ characterization is probably actually this game’s biggest triumph. Without giving much away, since it is all best enjoyed yourself, the game explores Holmes as an anti hero, and then as a potential suspect in the very crimes he is suspecting, raising the question: what if Holmes was actually the perpetrator of all these crimes?

All of this is backed by some expert voice acting, and some of the graphics the genre has ever seen, all aided by the moody, atmospheric music. From the incredible graphics to the realistic characterization to the music, the game pulls you in completely, and has you on the edge of your seat at all times, in a baffling defiance of its sedate pace as far as the gameplay is concerned.

And of course the gameplay unfolds slowly. As a point and click adventure, you are meant to take your time, examine your surroundings, hunt for clues, put it all together, and progress.

By the end, the story settles down a little, and begins to mimic the classic Holmes structure a bit more, but it still throws surprises at you by the dozen, unsettling you not only by the gruesome imagery and the unexpected turns the story takes, but also some of the vague, disturbing implications.

Sherlock Holmes is a thinking man’s hero, something that people brought up on the Robert Downey Jr. movies might be hard pressed to understand. However, this game understands it, and demands the same kind of exacting intellectual dexterity from the player. There is no shortage of puzzles that the game presents the players with, and all of them are devilish, all of them ingeniously designed, all of them incredibly difficult to solve, and none of them unfair. Solving a puzzle leaves you feeling incredibly satisfied, as you actually feel like you were directly involved in the thought process that leads Holmes one step closer to the resolution of the mystery. 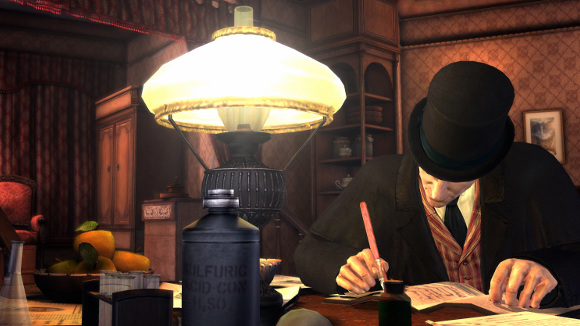 All of that, and some new stuff that the game introduces to the series, which it pulls of incredibly well. You can now play as other characters, including Watson and, I shit you not, a dog. There is also the ability to freely switch perspectives on the fly now, from first to third person, when you’re moving, and when you’re investigating, and when you are solving puzzles.

It all comes together beautifully. The story is among the best Holmes stories ever told. The voice acting is incredible, the graphics pull you in, the music is atmospheric, the characterization unusual and compelling, and all of it is wrapped in the most visceral and unsettling package a Holmes story has ever been packed in.

The gameplay itself can take some time to unfold, being bound by the conventions of its point and click adventure genre

Final Verdict:
EDITOR’S CHOICE
No matter how you’re coming into this game, you will find that this game subverts your expectations and emerges as the very best in its class – in all of its classes.
A copy of this game was provided by Developer/Publisher/Distributor/PR Agency for review purposes. Click here to know more about our Reviews Policy.