The PlayStation 3 has been graced with some of the best games this generation with games like Metal Gear Solid 4: Guns of the Patriots and Uncharted 2: Among Thieves being hailed as some of the best of the decade. The good thing about these games is that they came packed with some cracking box arts, which I think are worth a mention. So let me present to you the Amazing Top 15 PlayStation 3 video game cover arts.

Note: The order of the list is totally random and is not based on any kind of rating. The list consists of both exclusive and multiplatform games. 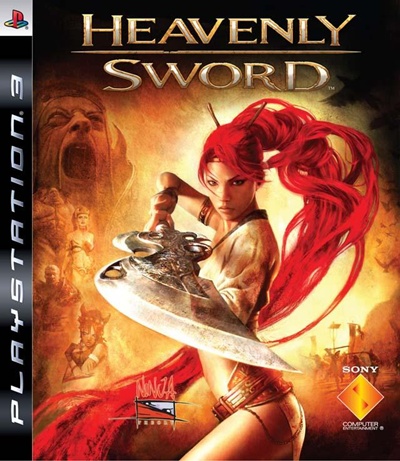 The cover art of the 2007 PlayStation 3 exclusive was perhaps the best in its day. Featuring Nariko wielding a huge sword with her hair swinging around, Ninja Theory did a great job of representing the flair and the seriousness of the main protagonist. The art cover has some nice touches in the background as well, with some of the characters in the game making an appearance. 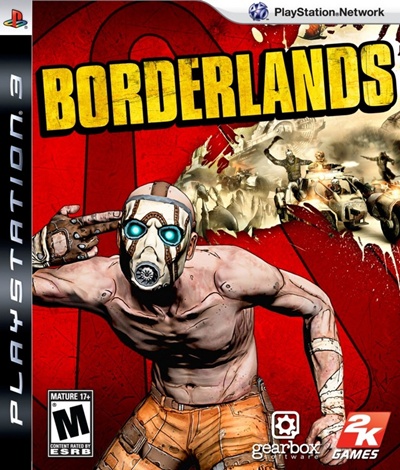 The team at GearBox software could have easily gone for the idea of featuring one of the four or the entire list of protagonists in the game, but instead they went for a bandit. Now the cool thing about this cover art is that the bandit is shown to be shooting himself and the effect is visualized in the form of a battle between the bad and good guys in one of the buggies featured in the game. Now this goes well along the nature of the brigands since they are absolutely nuts in the game. 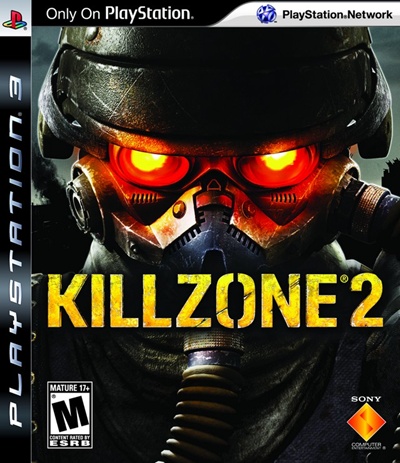 One of the most hyped games on the PS3 perhaps has the best cover art too. Killzone 2 was all about the Helghast and their helmets displaying red, shiny visual equipment. Some might say that there is nothing great about this cover, but it goes a long way in displaying the wrath and the fury of the Helghast. 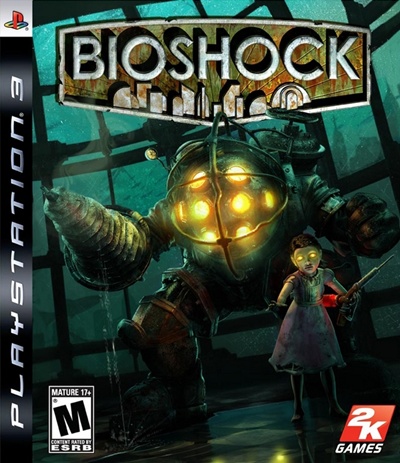 One of the best games of 2007 has a great cover art. The game depicted an emotional relationship between the big daddies and little sisters and 2K has done a great job of depicting that through this cover art. 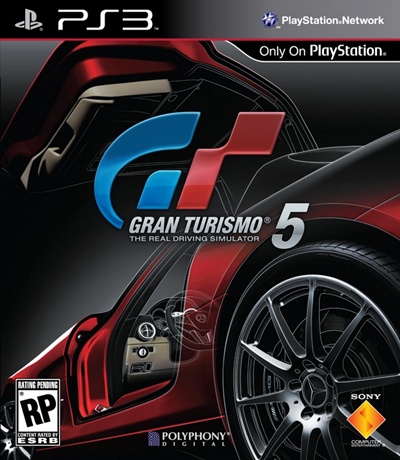 This is easily the best video game cover art that I have seen in years. The view here is pretty complex, I would describe it as a combination of 3D and Isometric, but the outcome here is amazing and a treat to watch. I love the little touches like the transparency of the car’s main body which lets you see the steering wheel. 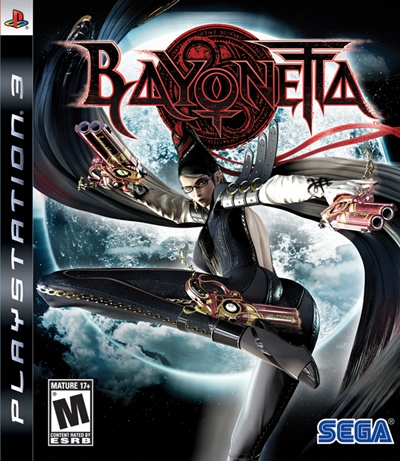 Bayonetta is a stylish and a sleek action adventure game and its all represented through this brilliant cover art. Here we see her firing three guns with her leg raised…that’s the ultimate definition of being stylish. And if you look closely there is definitely an “oomph” factor as well. 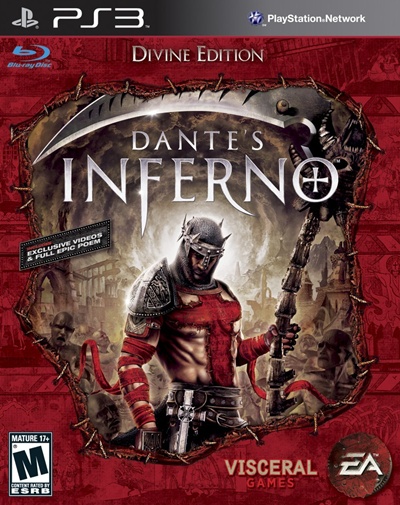 Dante’s Inferno is all about a guy in love and going through hell. And if you look closely at the cover, it depicts all of that. The character’s looking in a strange way; his head is a bit down, all the enemies are approaching him. And all of that is represented in a torn red cloth representing hell. Absolutely amazing!

Ratchet and Clank Future: A Crack in Time 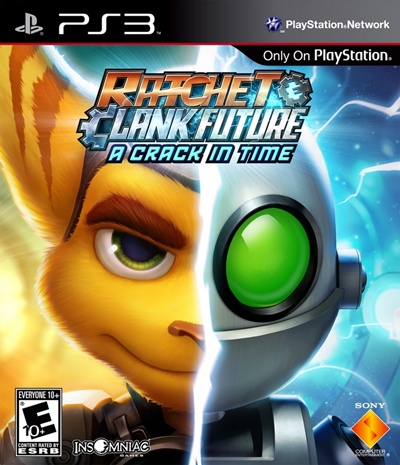 In the game Ratchet is looking for his long time buddy, Clank. And the box art does a great job of depicting this. The box art represents that Ratchet and Clank are inseparable, a part of each other; and even if Clank is missing Ratchet will surely find him. Nice touch! 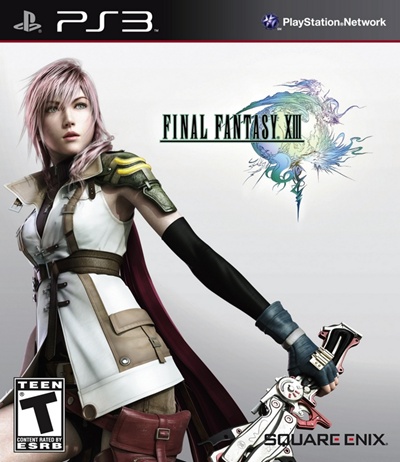 Sweet and Simple; this is what the cover art of Final Fantasy XIII is all about. Featuring Lighting in a background of grey and white, I must say the cover displays a sense of innocence as well as some vengeance represented by the weapon she is wielding. 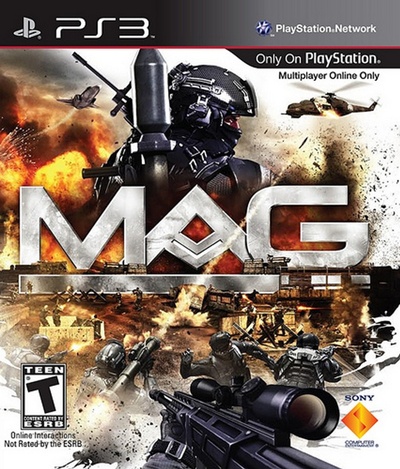 If a game has 256 players and they are simultaneously kicking each other’s butt, than what will you expect? Mayhem! And yes this is what this cover depicts. Actually the game covers all the important aspects of the gameplay; air strikes, helicopters and ground battles. 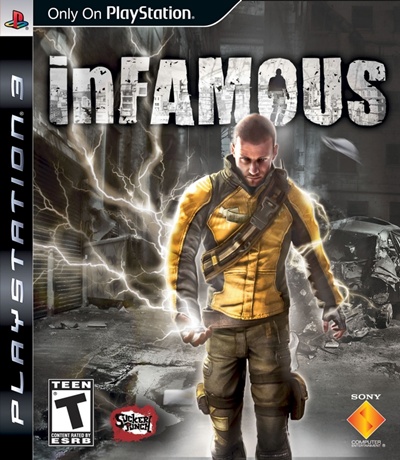 Cole had some amazing powers in a sense that he could use electricity to shock his enemies. The game gave you two options, either be a good guy or either be infamous. The cover depicts the latter. Ground shattered by shocks, cars burnt; this is what happens when you make Cole angry. 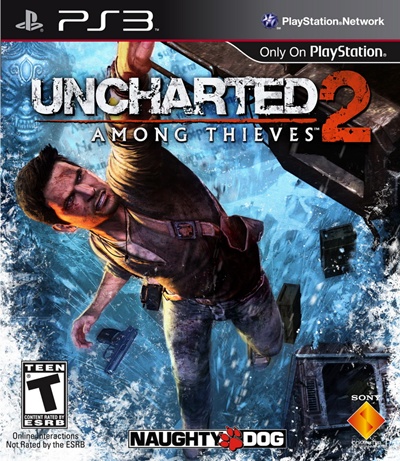 Nathan Drake is one of those amazing protagonists who can perform just about any death defying stunts and this is what he is doing in this cover art. Hanging from a train that is about to fall into the chasm isn’t actually a very good idea, but our hero has all the luck in the world to do that. Naughty Dog through this cover gave away the impression that the game will have some stunning sequences and man, they were right! 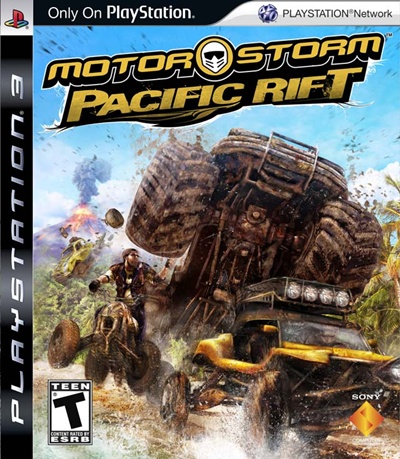 One of the craziest racing games around also has some of the craziest cover art around. We all know that the game is centered on buggies, bikes and trucks and the way in which you can take them out or do some mind boggling stunts. This cover art depicts that perfectly! 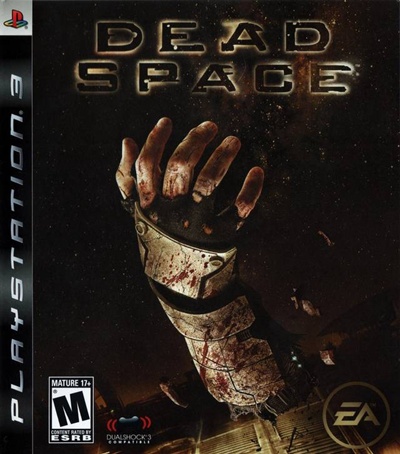 Necromorphs were one hell of an alien breed which would cut you in to pieces or swallow you alive. The cover art, though very graphic just represents the amount of gore in the game. There were many moments in the game where I literally jumped off my seat and this cover art tells you why. 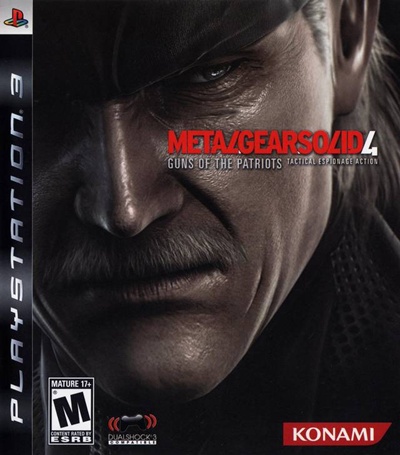 A hero and a legend. Solid Snake now Old Snake is finally slowing down. After fighting for almost 20 years and taking down countless Metal Gears, Snake’s representation in the cover art touches deep into the heart. We get the feeling that this man is getting old but still, he will finish his final mission and relive us from the Patriots. This is what he actually did in the game and the cover art just takes the emotion involved in the game a step further.

What are your favorite box arts, let us know in the comments section below.