The Bard’s Tale IV: Barrows Deep Wiki – Everything You Need To Know About The Game

Everything you need to know about The Bard’s Tale IV: Barrows Deep.

The Bard’s Tale franchise received three instalments developed by former studio Interplay in 1988, and after The Bard’s Tale III in 1988, the series went dormant. The series received two spinoff titles developed by inXile Entertainment in the early 2000s, while plans for a sequel were also underway earlier, but did not come to fruition. After inXile Entertainment successfully developed, as a result of crowdfunding, Wasteland 2 (sequel to Interplay’s Wasteland) and Torment: Tides of Numenara (spiritual successor of Interplay’s Planescape: Torment), inXile CEO Brian Fargo, who had been a co-designer on the original The Bard’s Tale trilogy (and had also worked on several other Interplay games, including Fallout and Wasteland), announced plans for a proper sequel to The Bard’s Tale games, which was to be funded via a Kickstarter campaign.

The funding goal was set at $1.25 million, which it successfully hit (and surpassed). inXile had also announced that if the game hit its crowdfunding goal of $1.25 million, they would also put in $1.25 million of their own money to double the game’s budget. It launched for PC on September 18, 2018. Versions for Mac, Linux, PS4, and Xbox One are also announced, and while they’re due out later in 2018, a more concrete release date has not been confirmed for them yet. The game runs on Unreal Engine 4.

The Bard’s Tale IV: Barrows Deep makes use of Scottish music in its soundtrack, which has also been recorded primarily by Scottish artists. Over 100 musical tracks are included in the game. Scottish voice actors were also used for the game. There are over 350 voiced characters in the game. 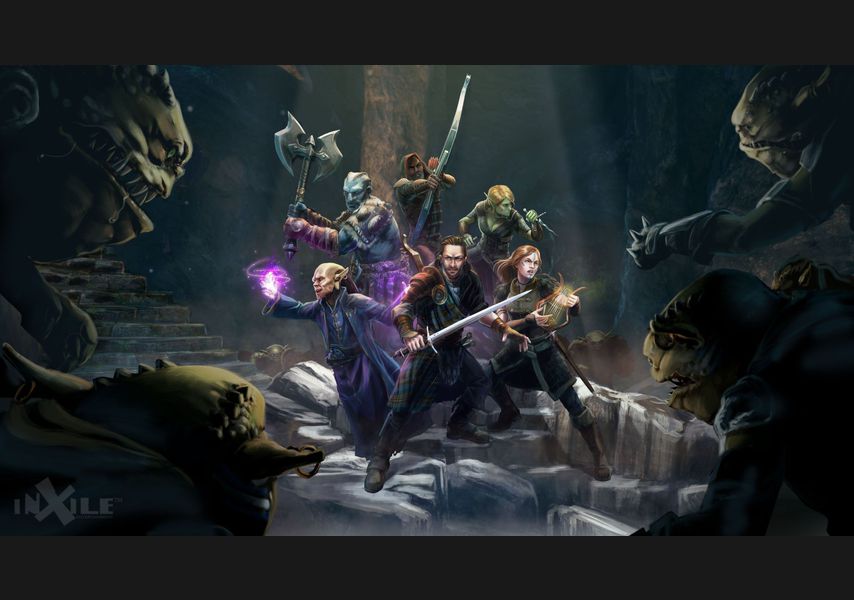 The Bard’s Tale IV takes place over one hundred years after the destruction of Skara Brae, by which time the fateful events have mostly been forgotten. A new threat has risen after biding its time in the shadows for a long time, and is beginning to gain more power with each day. Fanatics have begun to crop up in all corners of the world, while the Adventurer’s Guild has been outlawed, which has led to its members being persecuted everywhere. Players play as a hero who rises up in the face of oppression to fight against these evil forces. 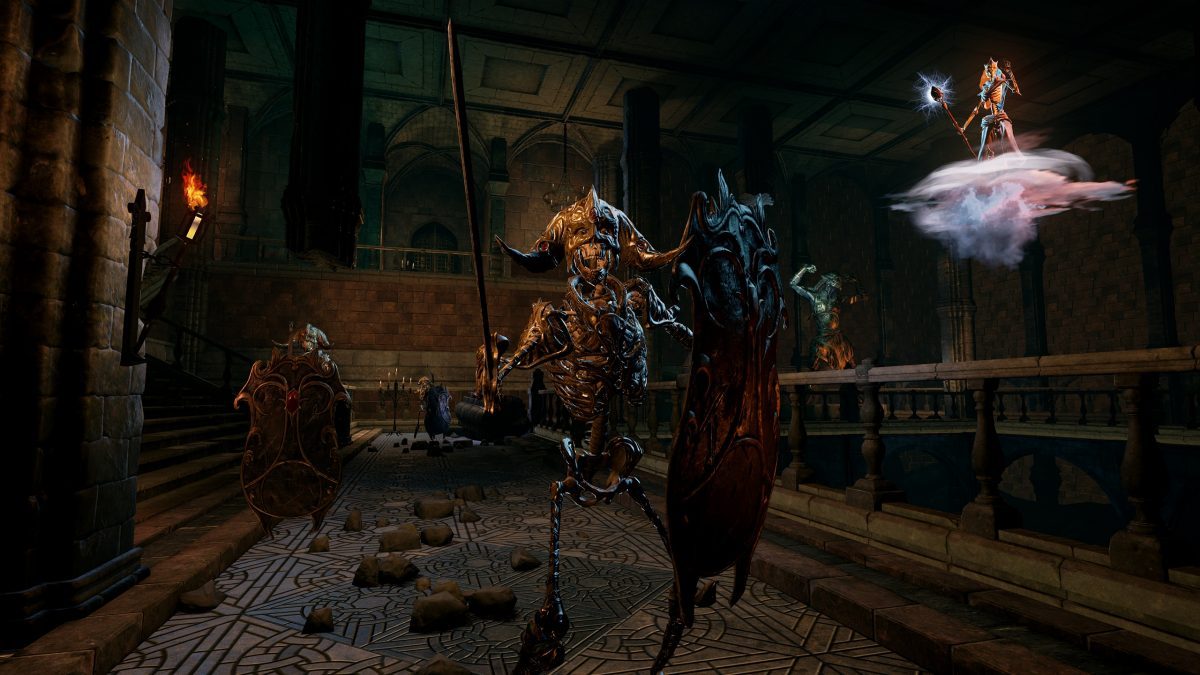 The Bard’s Tale IV is a first person dungeon crawling RPG. Maps are built on an invisible grid based system. Dungeon mapping is a core mechanic of the game, while dungeons are also littered with deadly traps and hazards. Combat takes place in first person screens, and is turn based. While in previous The Bard’s Tale games, players decided what each of their character would do before ending their turn, in The Bard’s Tale IV, as soon as players decide what one of their characters should do, that action takes place immediately. This has been done with the intention of making battles more fast paced and dynamic.

The Bard’s Tale has four races and four archetypes for players to choose from. The races are human, dwarf, elf, and Trow, while the archetypes include Fighter, Practitioner, Rogue, and, of course, Bard. Bards can provide several buffs and debuffs, heal party members, and even do damage to enemies, by singing different songs. Drinking ale is a requirement for singing songs for the bards, which has to be brewed in a crafting mechanic. Across all four archetypes, there are collectively a total of twenty one classes, while each class also has 60-70 skills for players to unlock and use. Of these, players can only have four active skills equipped at any time. Dungeons also have quite a lot of puzzle solving elements.

Players can have up to six members in their party at any time. Combat takes placed in grid based screens, with focus placed on positioning and tinkering with different combinations of archetypes and classes across the entire party. Players have a limited number of opportunity points per each turn, which determine what actions (and how much of them) players can or cannot take. Dungeons sometimes also have progress gating in optional or branching areas, where players cannot explore further in that particular area until they have a certain skill or ability. After acquiring this, they can then return to the area to explore further to gain more loot.