Supermassive Games has been on a bit of a run since the breakthrough success in 2015 of Until Dawn, which remains one of the best and most surprising PlayStation exclusives in recent memory. The follow-up anthology, The Dark Pictures, meant to build on Until Dawn’s success and expand it to new and more experimental forms of interactive horror, is in full swing at this point, with House of Ashes as its third entry in as many years. After last year’s Little Hope, which was an ambitious but somewhat underwhelming follow-up to the great Man of Medan, House of Ashes is a shining moment for the anthology. It fits snugly into the formula Supermassive has developed over its past few games, but it simultaneously plays with your expectations to bring a deeper sense of immersion. It still doesn’t reach the heights of Until Dawn and has some questionable storytelling moments strewn throughout, but it’s memorably harrowing and as thematically engaging as any game in the anthology yet.

This time around, the setting moves to the middle of an Iraqi desert in 2003, following a group of American Special Forces searching for a hidden weapons silo. Not long in, the soldiers fall into an underground lair. It’s in this underground area that the rest of the game takes place, as the soldiers try to figure out what the lair is and how to escape it. It’s not dissimilar in idea to the abandoned ship in Man of Medan, but the scope here is multiple times bigger. One detail given with every change of character is their underground depth, signaling how unsettlingly enormous the mysterious ancient structure is. As you go further inside, the secrets of how this structure came to be come to light, and while I won’t spoil them, the ultimate reveals are somewhat predictable, but they do enough to play on and evolve from your expectations to make the finale satisfying enough, especially in comparison to past games. 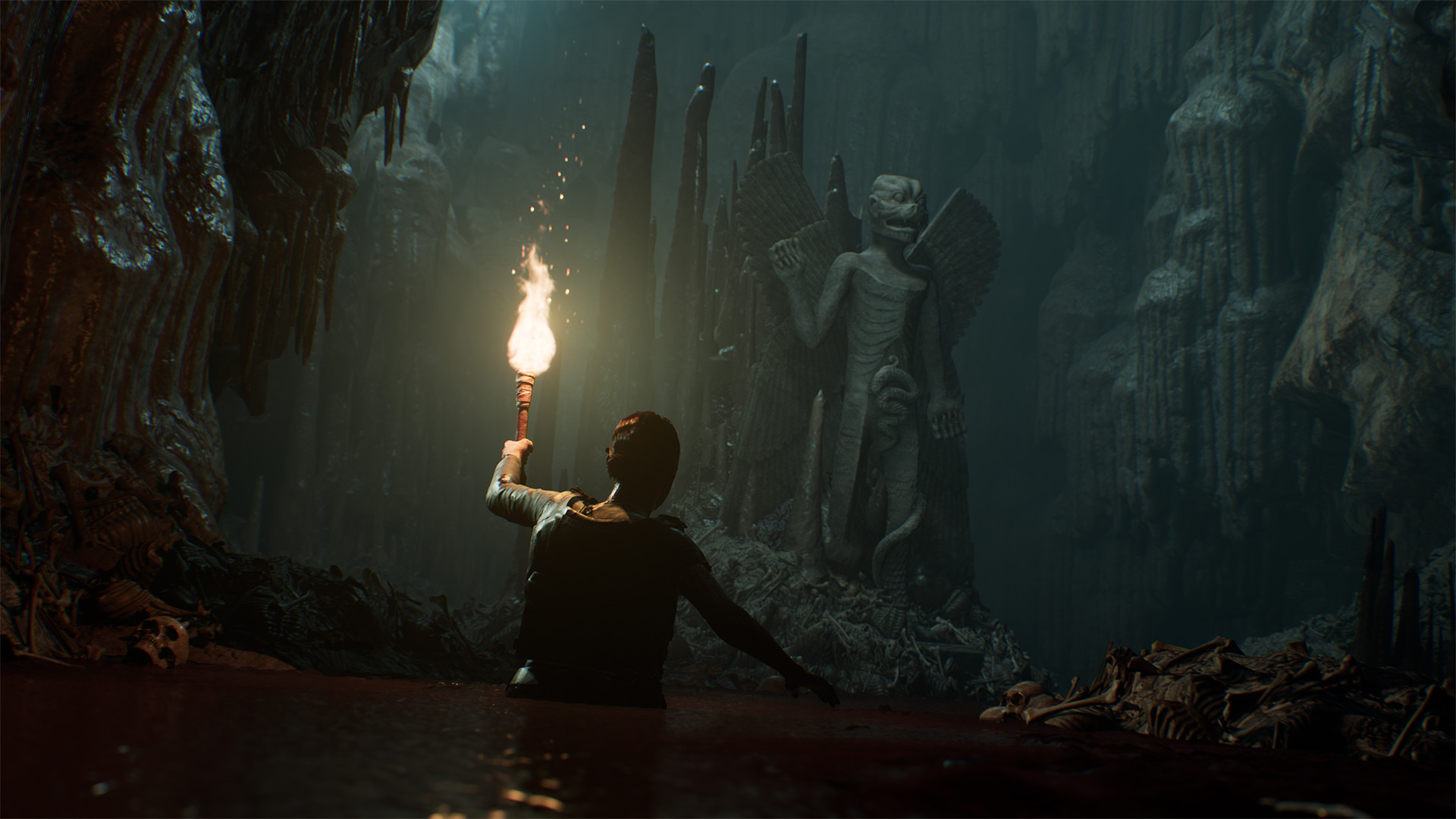 "House of Ashes still doesn’t reach the heights of Until Dawn and has some questionable storytelling moments strewn throughout, but it’s memorably harrowing and as thematically engaging as any game in the anthology yet."

While the setting resembles themes from past games, the characters are clearly the most different aspect of House of Ashes, and this is the best cast of characters Supermassive has created since Until Dawn. As is common in this formula, there are five characters, four of whom are part of the American Special Forces. Eric, the recently returned Lieutenant Commander, and Rachel, the interim boss who is played by Ashley Tisdale, are a married couple, and Jason and Nick are lower-level soldiers with their own unique relationships with the rest of the cast. The fifth character, Salim, is part of the opposition Iraqi military and meets with the rest of the Americans underground. The cast is widely well-written and characters develop surprisingly well over time, as long as they can make it to the end, and performances are on par with past games, with some unevenness but generally high-quality acting.

What makes this cast stand out among the rest is the interplay between people who are meant to oppose each other and the exploration of themes that come with it, specifically how the cast join forces against the non-human terrors they face. I wouldn’t say that House of Ashes’ themes are the most evenhanded or subtle, but they are the best explored, both within the context of the game and outside of it.

The game being set during the Iraq War gives an immediate context of the world events going on during this time, and the game explores how the fighters on both sides deal with trying to put aside their differences against a common enemy. Even in the context of the game, there are mentions to events the crew has gone through that haunt their consciences, specifically one whose morality they still debate. It all culminates in a real humanization of the best characters and a feeling of their organic character growth, though some feel it more than others. The game didn’t have to be set when it did, but it doesn’t feel shoehorned in; rather, it adds to the experience and gives an extra layer of context that contributes to our engagement with these characters and their evolution over just 4-5 hours of playtime. 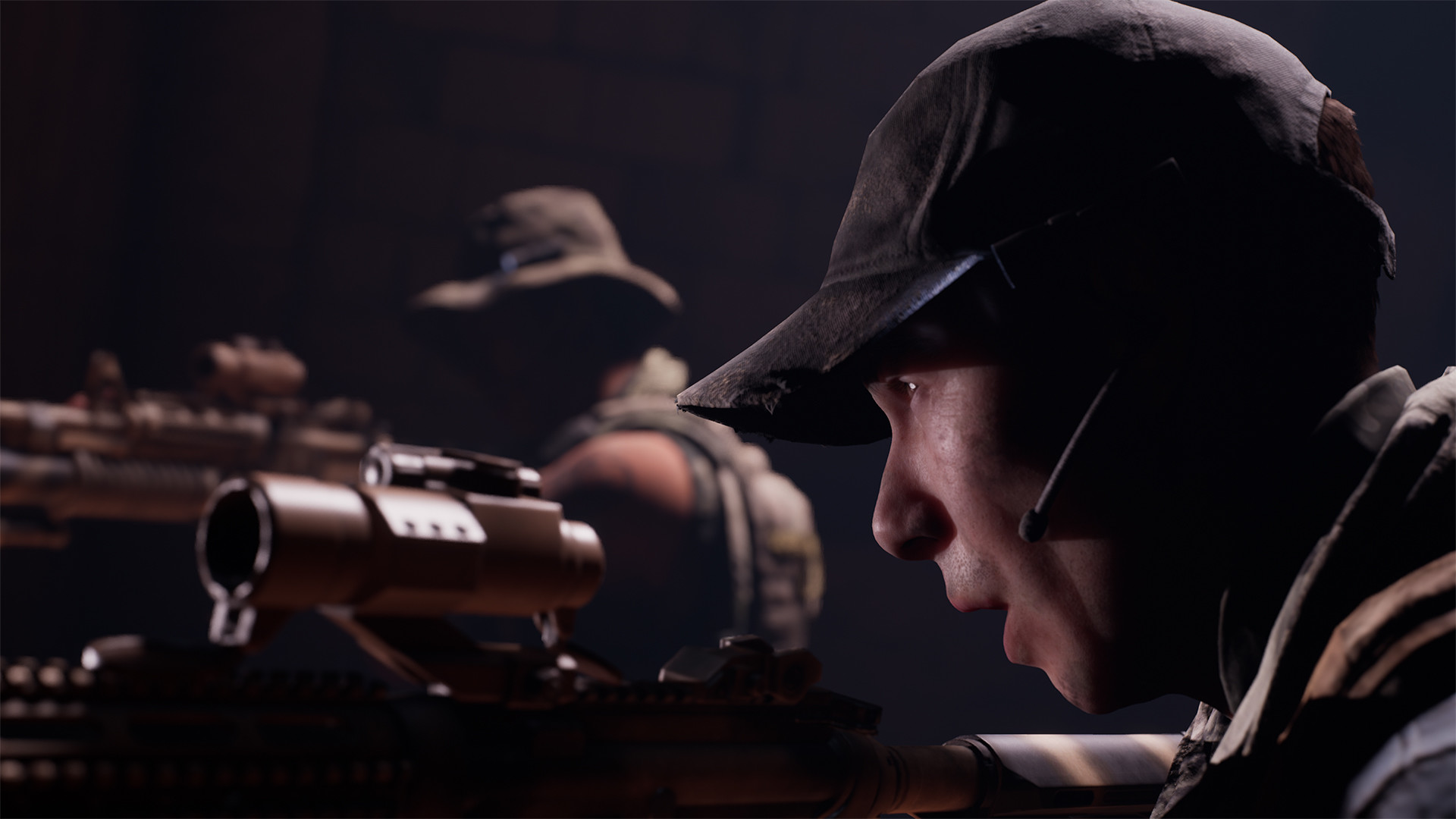 "Even in the context of the game, there are mentions to events the crew has gone through that haunt their consciences, specifically one whose morality they still debate. It all culminates in a real humanization of the best characters and a feeling of their organic character growth, though some feel it more than others."

From a gameplay perspective, House of Ashes evolves the formula just enough to feel different, but if you’ve played any of Supermassive’s recent games, you’ll feel immediately familiar with the setup here. You take control of one of the five characters at a time, and again can play either alone or with friends locally or online. Doing so, you shift between exploring smaller environments, making choices, or completing quick-time events. As before, the environments are entirely linear, though you can find secrets that show you more information about the caves or premonitions for how characters can die. Choices are about as frequent and impactful as they’ve always been, and while some are immediately noticeable, others take a while to have any form of impact.

It’s as impressive as ever to see how some choices can come back to matter later on, even as they’re foreshadowed in the Bearings menu. What I found most intriguing about how House of Ashes handles it gameplay is its quick-time events, as it no longer feels always like a direct punishment for not completing certain ones. Of course, there are a bunch whose failure can and, for me, did lead to characters’ deaths, but there are also real dilemmas with some that make it feel like you’re actually making a split-second decision rather than reacting to a button prompt and that have tangible differences in outcomes. I wish this had happened more frequently, but I’m intrigued for how this type of tweak can affect decision-making in the series going forward.

As it’s meant to be a horror game, I’d say this is where House of Ashes is a bit less over-the-top than past games. There are certainly moments of pure tension with major payoff, and the design of the non-human enemies is unnerving, but I wasn’t as constantly unsettled as I was in Little Hope. If anything, this is more of a harrowing experience than a directly terrifying one. You enter with the understanding that you have already committed mentally scarring actions, and even though there are minimal jump scares, there are moments that add to this feeling of guilt and moral questioning. The last third or so ramps up the scares through a larger scope but never reaches the tensions of, say, the final scene in Until Dawn. It’s also notable that as the plot moves on, the game’s influences become increasingly clear, to the point where a few later scenes feel ripped almost directly from other media, which took me further out of the immersion it worked so hard to create. 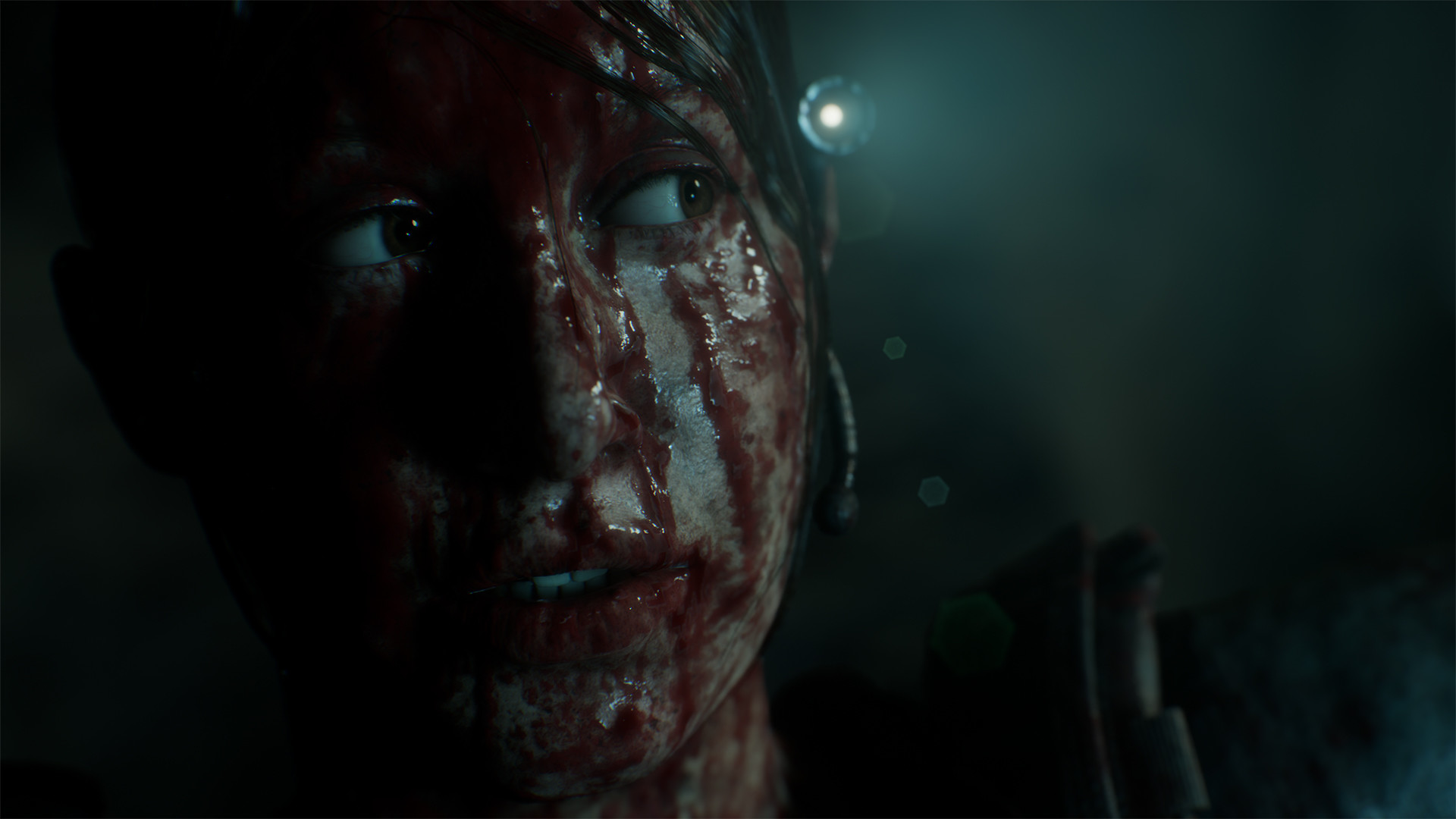 "While House of Ashes can be seen as just another entry in the Supermassive Games catalog, following the same formula as the rest of the Dark Pictures anthology, I applaud it for taking a few risks and creating the most engaging themes of the series so far."

While House of Ashes can be seen as just another entry in the Supermassive Games catalog, following the same formula as the rest of the Dark Pictures anthology, I applaud it for taking a few risks and creating the most engaging themes of the series so far. While it doesn’t reach the heights of the game that spawned it, its setting is unique enough to allow its differentiated characters to grow. It doesn’t perfectly stick the landing at the end, especially given its clear influences, but as an overall experience, it warrants multiple rewarding playthroughs. There are a lot of layers to House of Ashes, and like its underground setting, it seems to get more interesting the further down you go.

Final Verdict:
GREAT
There’s an immediate familiarity for House of Ashes in the Dark Pictures catalog, but this entry is as thematically complex and consequently engaging as any game in the series so far.
A copy of this game was provided by Developer/Publisher/Distributor/PR Agency for review purposes. Click here to know more about our Reviews Policy.