This is no walk in the park. 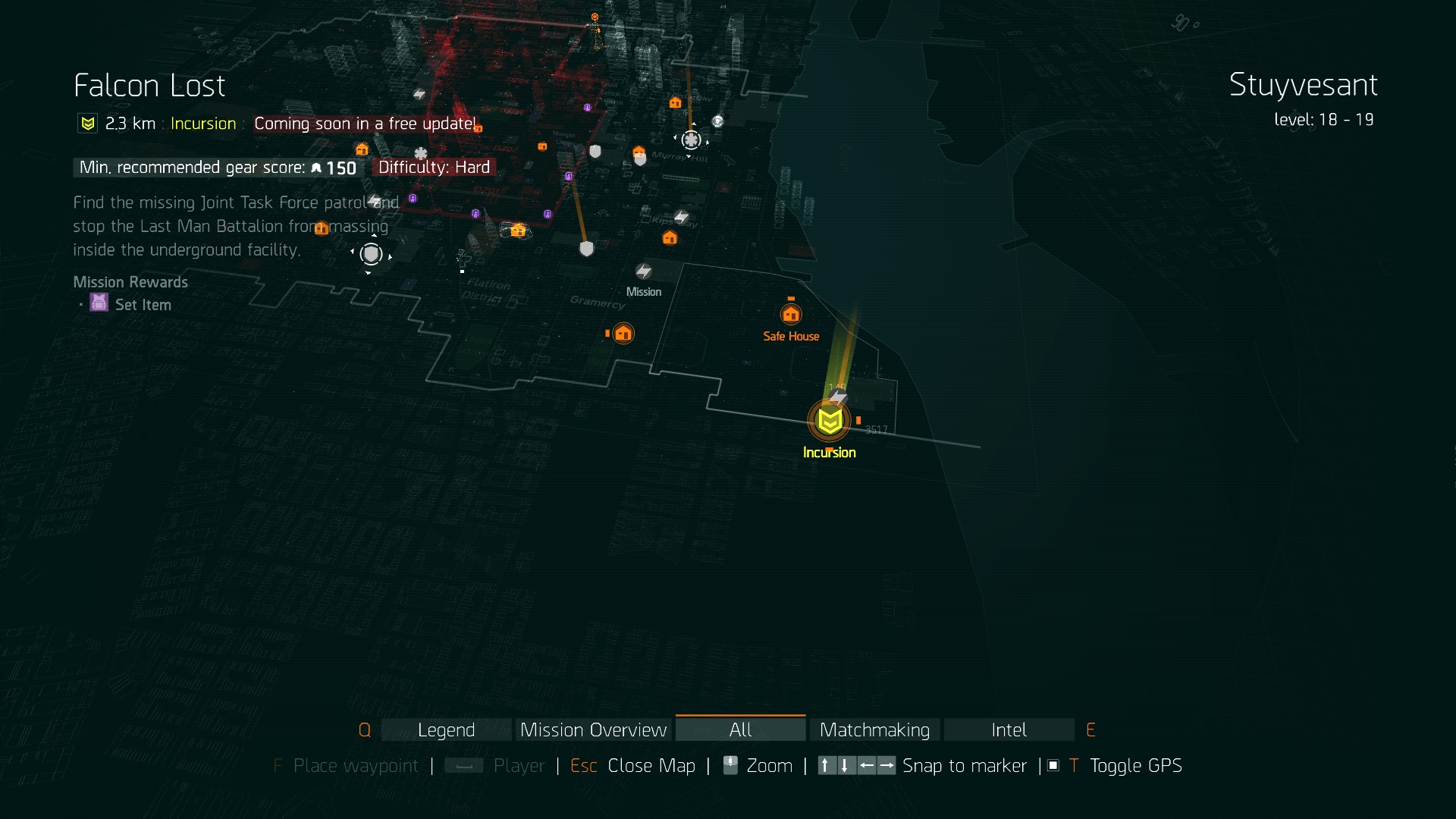 With The Division now officially nearing a week old, there must be players who have started to reach the end game- which means now would be an excellent time to actually reveal it. And thankfully, Ubisoft have done just that. They have revealed the first ‘Incursion’ for the game today (Incursions are like a Division take on raids). It’s called Falcon Lost, and it’s going to be one tough slog.

How tough? The difficulty of this mission is set on Hard, and players will need a Gear Score of 150 or higher just to play it.

“Find the missing Joint Task Force patrol and stop the Last Man Battalion from massing inside the underground facility,” Ubisoft’s official description for the incursion reads. Which, of course, makes it sound like a walk in the park, which it totally is not going to be.

The Division is available on Xbox One, PlayStation 4, and PC.