This latest The Walking Dead game is something we haven't really seen yet. 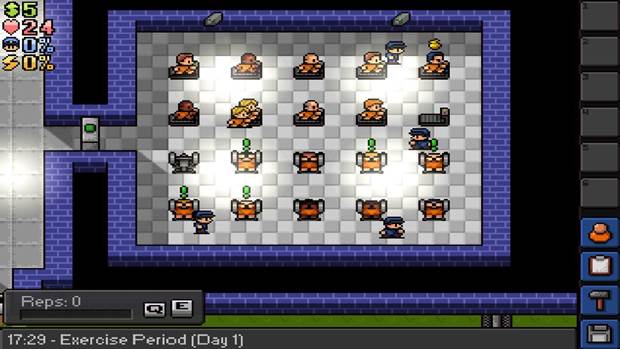 Team17 has just announced that they are going to be bringing the special look and feel of The Escapists to the world of The Walking Dead. The Escapists: The Walking Dead is a collaborative effort with Skybound Entertainment, the company that produces the popular comic book. The developers say that players will be able to take on the role of Rick Grimes, as he leads a band of survivors against the zombie hordes in a post-apocalyptic world.

Many of the survivors are said to be pulled straight from the comic books and will be transformed with the look of the beloved 8-bit appearance that was made popular in The Escapists. Because this is based on the original game, players will have to find ways out of a number of different areas, all while keeping your little group alive. Team17 has said that the title will “faithfully mirror” the storyline of the comic books. That means that when people play through the game they will also get to see locations from the books that are iconic to its readers.

The Escapists: The Walking Dead is set to be officially unveiled at the Walker Stalker Con on July 10 and July 11 and the game will launch later this year. Perhaps a bit of a win for Microsoft, the title is going to be an Xbox One console exclusive with no release planned on the PS4. It will also be hitting the PC later this year though an official release date for The Escapists: The Walking Dead has not been made public.

Publisher 505 Games has released a cryptic clue about a major new title published by the company that will be ...

One of the developers that worked on The Darkness and Chronicles of Riddick games has joined MachineGames as d...