The Expendables 2 now out on Xbox Live and PC

Posted By Kartik Mudgal | On 21st, Aug. 2012 Under News | Follow This Author @KartikMdgl 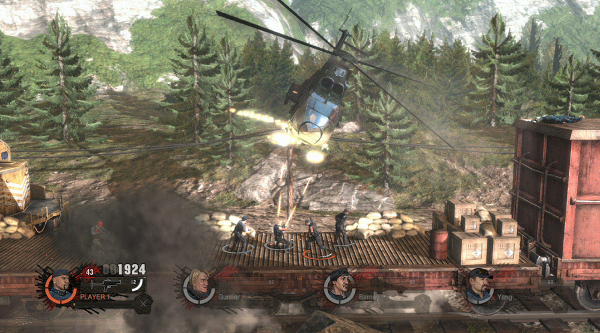 Ubisoft has announced that The Expendables 2 is now available for Xbox Live and PC for 1200 MSP and $15 on PC respectively, and if you are wondering about the PSN version, it will be released on August 22nd for the same price.

The Expendables 2 Video game unites four of the world’s most legendary mercenaries – Barney Ross, Gunner Jensen, Hale Caesar and Yin Yang – in a feast of explosive over-the-top action, authentic to the Expendables franchise.

Building on the universe created in the high-octane, star-studded movies, The Expendables 2 Videogame invites gamers on an adventure to rescue an extremely valuable, kidnapped billionaire. It’s all business, until all hell breaks loose and the explosive mix of testosterone and kerosene detonates in a massive fireball that never lets up. The adventure concludes right where the new movie begins, creating a continuous story experience for fans of the Expendables’ hard-boiled brand of action.