The Forest Interview: A Survival Horror Game Without Zombies

Who says ‘survival horror is dead’? It’s one of the most annoying things I read these days. With games like Outlast, Amnesia and the upcoming The Evil Within, the horror genre is truly alive. But End Night games are taking it a step beyond with The Forest. There are no zombies in The Forest and you won’t have a super weapon like a rocket launcher [I am looking at you Resident Evil 6] to blow up the undead. Instead you will be building bases and crafting materials to face off against a threat far worse than a zombie: Cannibals.

GamingBolt spoke to Ben Falcone from End Night Games about how The Forest will be pushing the survival genre to an all new level.

Pramath Parijat: Looking into this game, The Forest has shot up to the top of my anticipated games list. The entire idea sounds genius, and it sounds like something never before attempted. What gave you the inspiration to do something like this?

Ben Falcone: The initial inspiration came from the Italian cannibal films of the 80’s. I thought it would be really interesting to build a world like that and throw players in there, let them try and survive.

Pramath Parijat: The storytelling of this game sounds an awful lot like Metroid Prime, where you almost never had any explicit directive or objective, but had to figure out what to do based on cues from the environment. Was that one of your inspirations for this title?

Ben Falcone: In some ways definitely. I’m a big fan of those games, and of games in general which inform you via the environment instead of via constant missions/pop ups.

From a story point of view, we’re aiming more for a situation. If in real life you were thrown into a cannibal infested forest, you probably wouldn’t have NPC’s sending you on quests, or a mission log or anything. You’re only mission would be to survive and it would be up to you to figure out how. 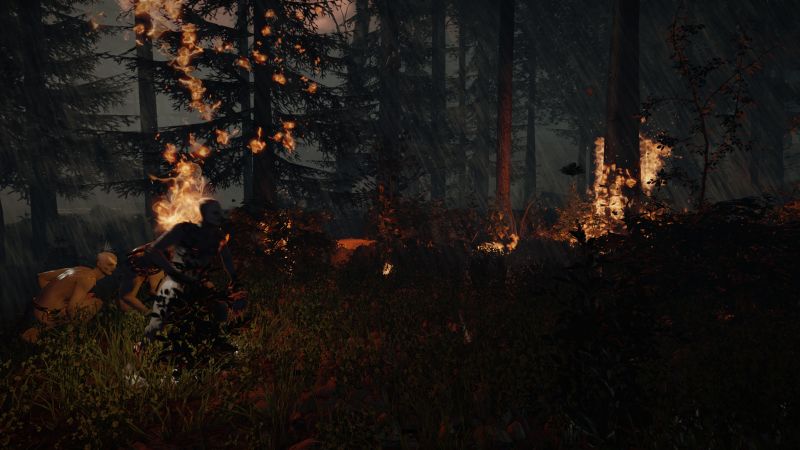 "One of my favorite movies is the original Texas Chainsaw Massacre, and for me the scariest moments are early on in the open, in broad daylight. If anything I find dark confined spaces with decaying textures to be such a cliche now that it’s not scary at all."

Pramath Parijat: So, technically, assuming the player ignores the story for whatever reason, the game will continue indefinitely? Is it a full fledged sandbox? What are the range of tools the player gets?

Ben Falcone: We’re trying to give players as many options as possible and it’s been surprising for us what things end up being the most fun. Picking up rocks and throwing them at plants or into lakes, or poking things with the spear are both weirdly addictive.

Our building options are pretty vast and so some players will spend a long time building a massive fortress, whilst others will be trying to get deeper into the caves and really uncover what’s happening in this world.

We don’t force players to do anything, however overtime the enemy threat may become more intense and require more attention, you may run out of food having picked the plants around you clean and be forced to move to a more dangerous area or descend deeper into the caves to get more resources.

Pramath Parijat: Considering how very often, ‘horror’ is conflated with ‘confined spaces,’ what are the challenges you are facing in making what is an open world game feel scary enough?

Ben Falcone: One of my favorite movies is the original Texas Chainsaw Massacre, and for me the scariest moments are early on in the open, in broad daylight. If anything I find dark confined spaces with decaying textures to be such a cliche now that it’s not scary at all.

We’re trying to show people images they’ve never seen before, and hope that makes things scary. We also really like the contrast between very pretty, very serene, and then damp wet dark cave with something moving towards you and you have no idea what it is. We find that contrast really scary.

Pramath Parijat: So, the cannibals… although they’re genetically enhanced, I believe, they also appear to be just regular old cannibals, no zombies, no supernatural explanation. When did you decide to keep your horror game grounded in reality?

Ben Falcone: We want the enemies to seem real and find that makes things much scarier. However the genetically modified part does give us a lot of freedom in where we take them. 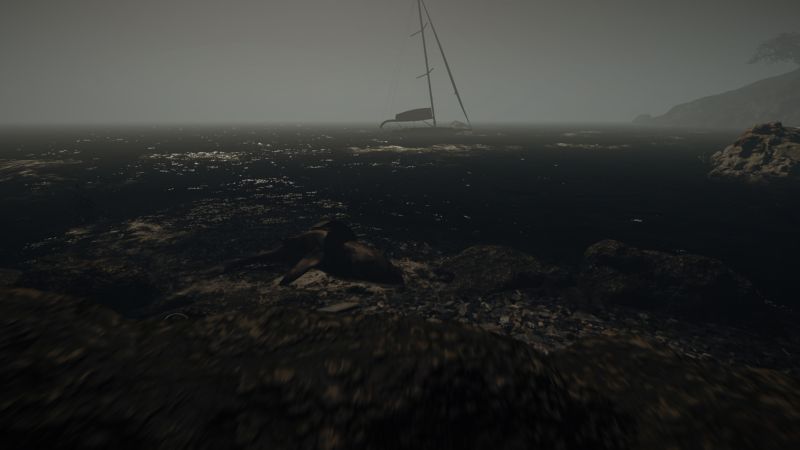 "Crafting is a big part of the game, to chop down a tree you need to craft an axe. To spear fish you need to first create a spear. We have a world full of items you can pick up: sticks, stones, herbs etc and from these and many other items players can craft a variety of tools to help them survive and get the upper hand against the enemies."

Pramath Parijat: Considering how dynamic the game world seems to be, I guess the natural question that arises is, would you ever want to add to it or expand it? Maybe hold one time only events in real time, or release content that impacts the game world irrevocably, so the player has to re-acclimatize?

Ben Falcone: That’s a really interesting idea! Part of our excitement about the alpha release is we will be constantly changing things as people are playing it, which definitely opens up all kinds of possibilities.

Pramath Parijat: So, why did you decide to go with Oculus Rift for this game?

Ben Falcone: I find VR really exciting, especially with what it can do for a horror game. Seeing the enemies run at you when they appear life size is really terrifying.

Pramath Parijat: The Last of Us is a great example of creating tension whilst giving players enough survival mechanics. Can players expect survival gameplay mechanics like crafting? How the player is going to survive this madness?

Ben Falcone: Crafting is a big part of the game, to chop down a tree you need to craft an axe. To spear fish you need to first create a spear.

We have a world full of items you can pick up: sticks, stones, herbs etc and from these and many other items players can craft a variety of tools to help them survive and get the upper hand against the enemies.

Pramath Parijat: The game looks gorgeous. Tell us a bit behind the game’s inspiration for art design?

Ben Falcone: Gregory Crewdson is a big influence, and we constantly look at his work for inspiration for the games lighting design.

We’ve also been really lucky to have some amazing technical artists on board, such as Oren Kurtz and David Miranda who worked on our sky light scattering system and skin shaders and produced some really amazing results. 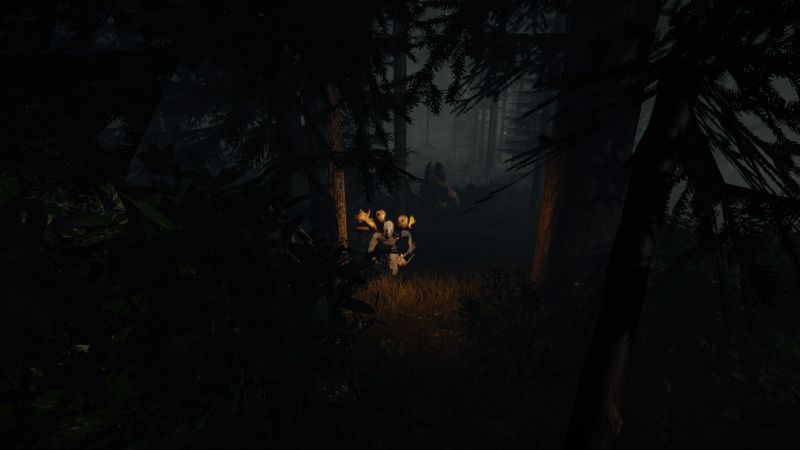 "It's always really exciting when new consoles launch. The Order looks amazing and can't wait to check it out. "

Pramath Parijat: Tell us a bit about the engine you are using the amount of tech work that gone into it?

Pramath Parijat: Have you guys worked on a confirmed release date?

Ben Falcone: Not just yet, however we’ll be releasing a third and final trailer really soon with the release date attached.

Pramath Parijat: Let us talk a bit about next gen consoles. You have expressed interest in porting the game over to the PlayStation 4 and I also understand that you have a small team so the focus is on the PC version. But do you think you will bring the game to Sony’s next gen console and Xbox One once PC development is done with?

Pramath Parijat: The Order 1886 is a great example of what the PlayStation 4 is capable of doing so early in its life cycle. As a developer how does it make you feel that such stellar looking vistas will now be possible on consoles specifically the PS4?

Ben Falcone: It’s always really exciting when new consoles launch. The Order looks amazing and can’t wait to check it out. I’ve actually been trying to buy a ps4 for the last couple months but they’ve been sold out everywhere in Canada.

Pramath Parijat: Tell us a bit about the costs that will be associated if you decide to port the game to PS4 and
Xbox One? What kind of process would you have to go through to get the game up there?

Ben Falcone: This is something we’re still looking into.

Pramath Parijat: Is there anything else you want to tell us about the game?