The Last Guardian Review – The End Of An Era

The Last Guardian doesn’t live up to the hype but it manages to live up to its legacy.

In development since 2007, The Last Guardian has seen its fair share of development troubles similar to Square Enix’s Final Fantasy XV. The game was supposed to release back in 2011 on the PlayStation 3, however technical issues pushed Fumito Ueda’s latest to the PlayStation 4. For a game that’s been in  development hell for so long and has so much hype building up for it, it was a given that The Last Guardian will eventually falter and fail. But that is far from the case.

The Last Guardian is in a way a truly special game, a kind of an experience which will most likely be never be replicated in the future and I say that in more ways than one. While playing the game, it felt to me that neither Sony nor genDESIGN, the development team behind the title, are likely to take such a massive risk in the future and develop a game along similar route of ICO and Shadow of the Colossus. I hope I am proven wrong but The Last Guardian feels like the end of an era and I am relieved to say that down the line this game will be seen from a high pedestal, much like how ICO and Shadow of the Colossus are looked upon now.

"The level design is superb, something which is expected given that this is coming from the team who developed ICO, but there is this vertical scale that some of the areas bring with it which can be both daunting and spectacular at times."

Without delving too much in the narrative, the game is about a grown up man telling his story in the form of a flashback when he was a young boy. Under mysterious circumstances the boy is kidnapped and when he regains consciousness he finds himself in front of Trico, a giant half-bird-half-mammal creature. This is where the game takes the first few steps towards building the bond between the player and the creature. Unfortunately, this is also where I found the narrative to be a bit lacking. The bond is formed too quickly for my liking…feed the creature, take out a few spears from its body and it’s “we are good to go buddy.” I was expecting a rather emotional moment where something will happen between the boy and the creature resulting into an unbreakable bond between the two.

Fortunately, the game manages to present several emotional moments along with support based game structure that help to solidify that bond between the two. After playing through the first few hours, you really start feeling attached to the creature. There are moments where I would wander off ahead of Trico but after reaching a certain point, I will look back with concern whether the big boy made its way . If genDESIGN wanted the players to feel and think about Trico then they have truly succeeded in achieving same.

Coming off as a spiritual sequel to ICO and Shadow of the Colossus, the gameplay in The Last Guardian feel largely the same. You will be solving mind twisting puzzles, run away from armoured soldiers and do a lot of platforming here and there to make across a particular level. But things become a lot more different and intriguing when you put Trico in the mix. There are certain levels where you would need to take help from Trico to make your way across so a ton of gameplay, as expected, is centered on the creature. The level design is superb, something which is expected given that this is coming from the team who developed ICO, but there is this vertical scale that some of the areas bring with it which can be both daunting and spectacular at times. 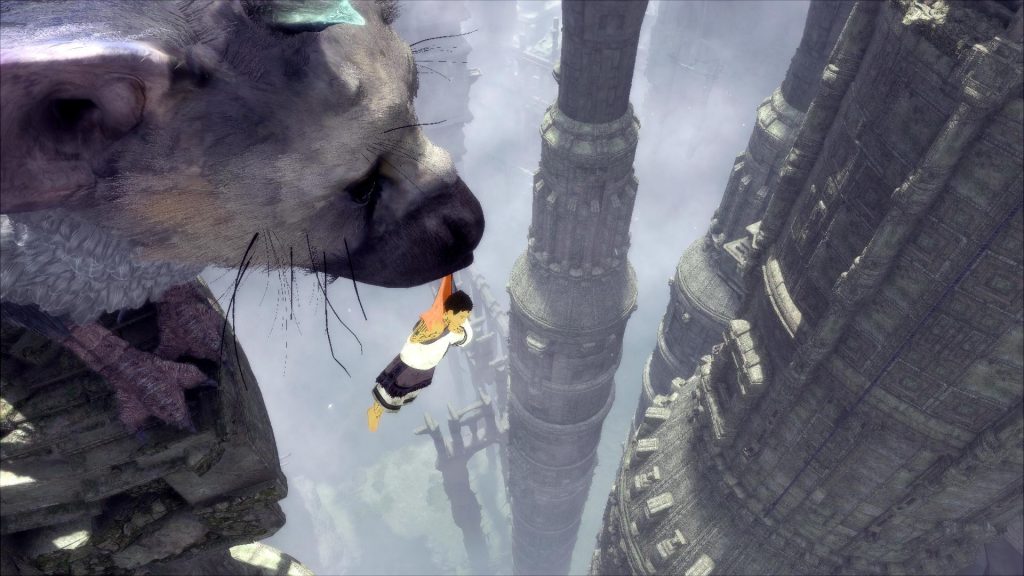 "Unfortunately the awful camera can be a complete game breaker at times and this is especially the case when the Trico and the boy are both in a small enclosed area."

As mentioned before, Trico is at the heart of The Last Guardian experience. Players will need to take care of him by feeding him or petting him when it is feeling uneasy. Trico has a mind of its own which means he won’t always do what the players wants him to do. It won’t always eat the food you provide or it will wander off in a different area. Due to this the game may be slow paced at times but for me, it wasn’t really a concern. Trico is a massive creature so obviously it will take its own good time to jump off one cliff to another or come down from a higher level to a lower as and when it wishes. It really is a moment of awe seeing Trico take a jump from one platform to another.

Unfortunately the awful camera can be a complete game breaker at times and this is especially the case when the Trico and the boy are both in a small enclosed area. The game can become downright unplayable at times and although I can understand the reasons behind this annoyance, it’s something that can deteriorate the experience. The Last Guardian also has its own share of incredible set pieces and enemy encounters that set it apart from its spiritual predecessors and although it’s no Uncharted they were intense enough to make my heart beat go faster.

Music is a big part of the experience and the score choice really makes The Last Guardian a treat to play. The sudden change in music during an enemy encounter or Trico taking a big leap…moments such as these feel a lot better with the awesome music score in the background. On the graphics front, The Last Guardian suffers due to the transition it made from the PS3 to PS4. This clearly seems like a game that was designed for the PlayStation 3 in mind as it suffers from low resolution textures and pop in. We played the game on the PS4 Pro and generally speaking the performance was alright but we came across one moment where the game slowed down to a noticeable crawl. But not all is a disappointment as the animation along with the physics engine is a sight to behold. 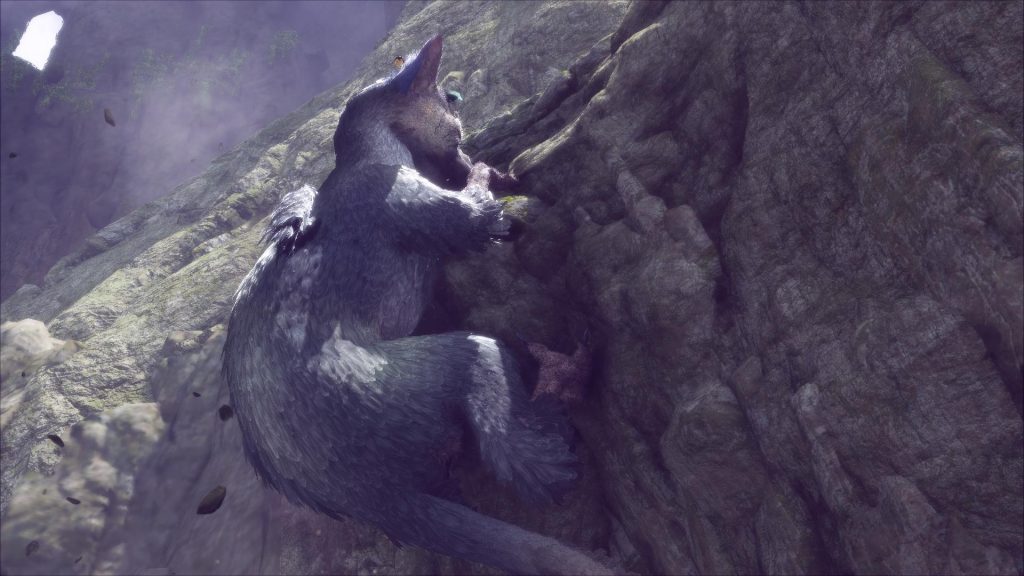 "The Last Guardian is the kind of game you won’t forget for a long time."

Physics have been revamped which means objects and water effects react more realistically to in-game actions. Trico’s visual fidelity is absolutely superb. It perhaps represents the next big leap in animation technology in video games…be its subtle movements, taking a leap or facial gestures, whoever designed Trico absolutely nailed it.

In the end The Last Guardian is worth the wait. It follows the tried and tested formula of its predecessors and takes it a step ahead with Trico. Team ICO is no more and genDESIGN and Sony may never work on a spiritual successor together, but one thing is for sure. The Last Guardian is the kind of game you won’t forget for a long time.

Camera can be awful at times, overall graphics feels like it is stuck between the transition from PS3 to PS4, slight platforming issues at times.

The Last Guardian is a love letter to anyone who loved Team Ico’s previous games. It’s a shame that this game won’t receive the mainstream attention it deserves. Kudos to Sony for sticking with Fumito Ueda for so long and getting the game out on the shelves. Truly, The Last Guardian marks the end of an era.

A copy of this game was purchased by author for review purposes. Click here to know more about our Reviews Policy.
Tagged With: gen design, ps4, ps4 pro, sony, Sony Japan, The Last Guardian