Everything you need to know about The Last Guardian.

The Last Guardian is an action-adventure game being developed by GenDesign and SCE Japan and published by Sony. The game, which is known as “Trico, the man-eating eagle” in Japan was being worked on under the code name of Trico until the game was officially announced.

The game is being directed by the rather well known designer and director Fumito Ueda. The title is expected to share some thematic similarities with previous games such as ICO and Shadow of the Colossus. It’s not known whether or not the game will be part of a series that ties into those games or simply very similar in style.

The Last Guardian has actually been in development since 2007 and was originally being created for the PS3. Development moved along at a quick enough pace that the team first showed a video for the game at E3 in 2009. Despite the fact that people were blown away by what they were shown, it came to light years later that the footage that appeared at this E3 had been created specifically for the event and that the actual game wasn’t coming along nearly as well as the exhibition made it look. Sony President Shuhei Yoshida has since said he had a vision for the game that the development team simply couldn’t put together when it came to the PS3.

Around 2011, Sony continued to try and find a way to actually get the game to market and even brought in other development teams in order to try and get The Last Guardian rolling. In 2012, Sony was getting ready to announce their new console, the PS4 and at the same time decided the game would be better aimed at the new console and scrapped plans to bring it to the PS3. At E3 2014 the company announced that development was continuing and they still had plans to complete the game. At E3 2015 the company showed off a new trailer and said that the developers had figured out what they needed to do in order to finish the game.

The game is now expected to be released sometime in 2016, a full nine years after production first began on the IP. Since the official reveal, Sony has talked about the number of steps the company has taken in order to bring realism to The Last Guardian. The feathers on Trico have been made to look as though they are flowing and blowing in the breeze when the creature moves. The devs have also been perfecting shading and lighting so that the effects when sunlight shines through the feathers it appears to be as though players are watching a real animal move through a real environment. This level of detail is what made the game impossible to bring to market for the PS3, but Sony has made assurances that 2016 will be “the year.” 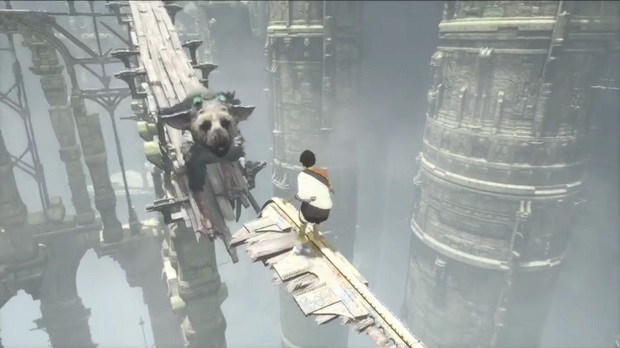 The story of The Last Guardian features a young boy attempting to escape from what look to be the ruins of a massive castle. The boy comes upon a massive and mysterious creature that is known to be Trico. When he makes his first appearance, Trico has a number of spears and arrows stuck in him and he’s bound by a massive chain. Eventually Trico is freed by the boy and in just a short period of time, the pair find that they have formed a rather strong bond with one another. Together, the pair travel all over a world that has plenty of dangers laid out in front of them, even when they aren’t taking on specific enemies. 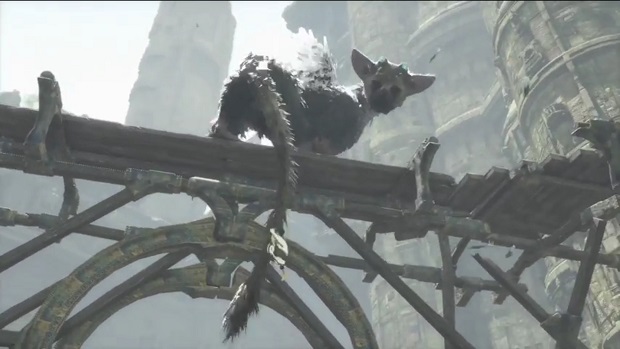 The Last Guardian uses a third person perspective that combines action-adventure elements with puzzle solving. Players will be directly controlling the boy, who will walk, run leap and dash as well as sneaking in order to get past enemy guards. At least in the beginning of the game, the boy will not have a weapon and will rely on avoiding combat rather than taking opponents. The guards that inhabit the ruins can re-capture the boy and if the player isn’t able to free himself in a short period of time, the game will be over.

Ueda has said that Trico has been built to act with an “animalistic” nature and can be guided by the boy. Some of the puzzle solving aspects will come into play when it comes to getting the creature to perform just the right moves in order to get past one obstacle or another. As the game continues, the two characters’ bonds will become stronger and the boy will gain better control over the creature. Even when the pair have formed a strong bond, Ueda says the creature might wander off to investigate something it finds interesting, decide to take a nap at a rather inopportune time, or refuse to eat something it doesn’t find appetizing. Sometimes the natural draw of the animal to run ahead and tackle an issue will become a problem as the best way to solve a puzzle will be for Trico to stand still and wait.

Over the course of the story, the boy will also have to take care of Trico by feeding him when his energy gets low and helping to heal him when he’s been attacked. This includes continuing to remove arrows and spears the enemies have hit him with. By caring for the creature in different ways, the game developers believe that each player will have a slightly different Trico who will truly be affected by how the game has been played. 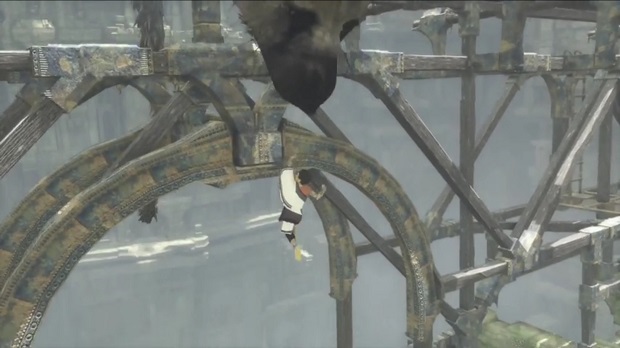 Trico is the winged beast that like some kind of griffin/dog/lion hybrid and is one of the main characters in The Last Guardian. The other main character is the boy. At this point, it doesn’t appear this character has a name. There are also a number of guards, who played a part in kidnapping the boy and apparently also imprisoning the creature. None of the enemies have been given a name as the game focuses on the relationship between Trico and the boy and neither interacts with anyone else other than to flee or enter into combat.