The Legend of Zelda: Breath Of The Wild’s Map Is Over 9 Times Larger Than Skyrim’s Map 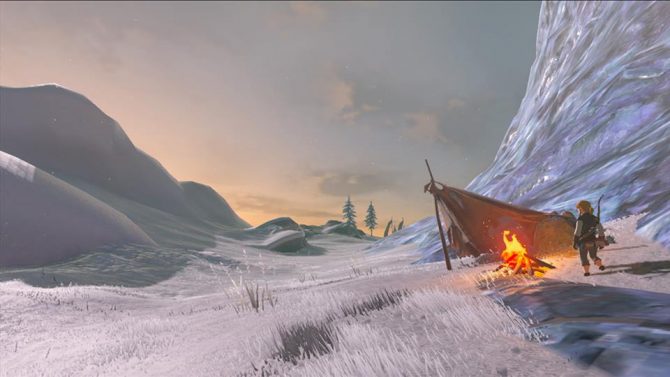 The Legend of Zelda: Breath of the Wild will present players with a full fledged kingdom of Hyrule to explore in a seamless open world, for the very first time- as opposed to the hub based pseudo open design that previous Zelda games have had. Nintendo have made it a point to point out that Breath of the Wild‘s Hyrule will be massive- but just how massive will that be?

Well, Crave Online decided to collate and analyze research into this question done by various outlets, and social media and YouTube users, including Arekkz, Eggplante and Polygon, as well as statements by Nintendo themselves. And according to that research, it appears as though The Legend of Zelda: Breath of the Wild‘s world map will come in at a massive 360 square kilometres. For reference, Ocarina of Time and Wind Waker‘s world maps were less than a kilometre square; Skyrim‘s world map comes in at just 39 kilometres square. Grand Theft Auto V comes in 81 kilometres square, and The Witcher 3 has 146 kilometres square (and this was before the DLC). Those are all massive- but none of them come close to how massive Zelda is.

The only game to beat Zelda out is Nintendo’s own Xenoblade Chronicles X, but even that game made the world appear somewhat smaller by allowing for faster traversal via mechs. And as for Nintendo’s previous comments that Breath of the Wild’s map will be ‘over twelve times bigger than the map in Twilight Princess,’ according to Crave, it appears as though Nintendo were accounting for dungeons and other levels in their calculations, too- which is meaningless in a calculation on overworld size comparisons.

So… yeah, Breath of the Wild looks to be a truly enormous open world. Hopefully, Nintendo have been able to keep it varied and exciting, to keep the player engaged and not unnecessarily pad the game out. The Legend of Zelda: Breath of the Wild launches on March 3 on Nintendo Switch and Wii U.