The Legend of Zelda: Majora’s Mask 3D Will Be Launching February 13

Right alongside the New Nintendo 3DS. 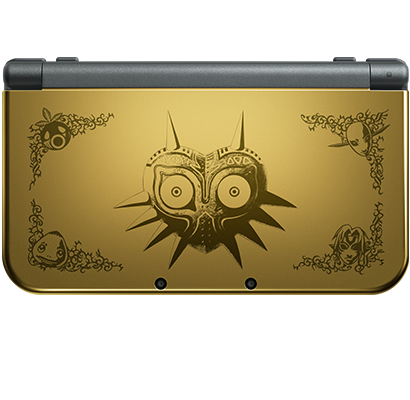 The long awaited 3DS remake of cult classic The Legend of Zelda: Majora’s Mask will be launching on the Nintendo 3DS on February 13, right alongside the New Nintendo 3DS and New Nintendo 3DS XL, Nintendo announced on their Nintendo Direct stream this morning.

That said, the game will still run on all 3DS systems, including 2DS systems; but to make it more of an incentive for you to play the game on the New 3DS, Nintendo is releasing a brand new, gorgeous Majora’s Mask themed New 3DS XL, which you can see pictured above in all of its glory. It is absolutely stunning. In Europe, the system comes pre-installed with the game (which is not the case in North America).

Also pertinent to North American buyers, so far only Best Buy and Gamestop are carrying the system, although both appear to be sold out of it entirely.

All of these shenanigans aside, it looks like the definitive way to play one of the best games of all time is going to be here soon, and I cannot wait. Stay tuned for more coverage.