Hiromasa Shikata explains why this is the case.

Posted By Rohan Philip | On 01st, Jul. 2015 Under News | Follow This Author @GamingBoltTweet 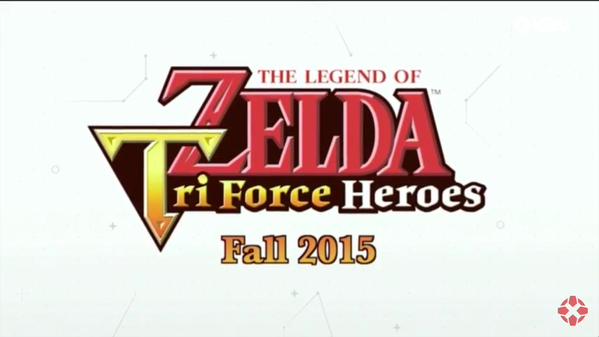 In case you were wondering why the Legend of Zelda Tri Force Heroes has no playable female characters, tt’s because the world in which the game is based has only male heroes, according to game director Hiromasa Shikata. In an interview with IGN Hiromasa Shikata stated that, “There’s this kingdom, an event happens, and the king needs heroes. So, he puts out a call for heroes to gather and one of those is this guy Link. He sees this audition, basically, ‘Heroes needed; apply here.’ And, that’s the start of his adventure.”

He also revealed that a lot of members from the development team are females and still they are able to get themselves emotionally invested in the game and the lack of female characters is a not a big issue for them. “I understand what you’re saying, and just as general information, we do have a lot of female staff members who are playing this game and enjoying it. It doesn’t seem to be a big issue to them. They still are getting emotional investment in this game. And to be honest, Link isn’t the most masculine of guys in the world, depending on how you want to project yourself into the character.”

The Legend of Zelda Tri Force Heroes features three heroes and different costumes to wear. The game is due for a release in Q4 2015 on Nintendo 3DS.