The Newest Evolve Character Is A Medic Class

The fourth character revealed for the game is a medic. 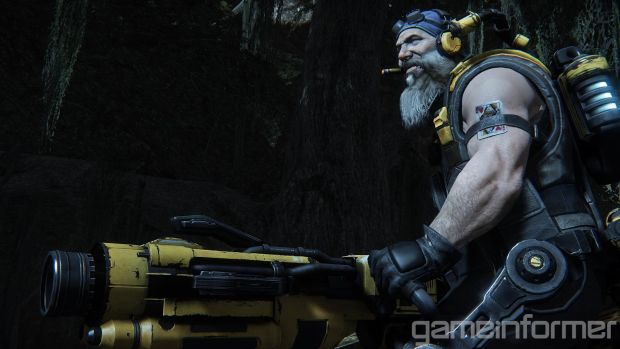 Game Informer has slowly been revealing bits and pieces of juicy information about Turtle Rock’s upcoming, highly promising game, Evolve. The last character in a series of four that they unveiled is Val, a medic who honestly sounds kind of badass.

She comes equipped with the Medgun, which functions similarly to the medic class gun in Team Fortress 2, and lets her heal players from a distance. Her gun can also be used to revive players at a distance, which makes her a formidable character to have on your side (and a prime target for monsters to pick out).

She also comes loaded with an anti material rifle, which lets you identify weak spots on monsters, making it easier for team members to deal out extra damage when they do attack. This makes Val a highly capable and equipped support character, and she should be a popular choice in games.

Evolve is due on Xbox One, PlayStation 4, and PC. Stay tuned for more coverage.