Yesterday, we got job listings for a new Legend of Zelda game. That’s obviously nothing surprising. A new Zelda game would have been a given in all circumstances—it’s one of the most beloved franchises of all time, Breath of the Wild was widely praised as one of the greatest games ever made, became the highest selling game in the series, and one of the highest selling Switch games period, and then, series producer Eiji Aonuma explicitly confirmed a follow-up.

So yes, that a new Zelda game is coming should have surprised no one. But what was surprising about this set of job listings that we got yesterday was not that they were put out, or that a new game is in the works—it was that the studio advertising them was Monolith Soft, not Nintendo. Monolith Soft, the makers of the Xenoblade franchise, are apparently recruiting for a Zelda game.

Now, to be fair, Monolith Soft has worked on Zelda for almost a decade at this point. They assisted Nintendo EPD with The Legend of Zelda: Skyward Sword, and also with The Legend of Zelda: Breath of the Wild (the former case taking up so much of their manpower that they ere left with a skeleton crew to develop their own Xenoblade Chronicles 2). Them assisting on a new Zelda game really shouldn’t come as a shock to anyone.

But the question here is, why would they be recruiting for support work on Zelda at all? There may be another possibility—that Monolith Soft is actually developing this new Zelda game themselves—and there is a lot to suggest that this would be a good move for Nintendo.

First, let’s make some things clear—when I say “Monolith is working on Zelda”, the implication is that they are working under the oversight of key EPD personnel, most notably Eiji Aonuma. They don’t just get full free reign to make a Zelda game, and Aonuma and Nintendo still get final say. This, in fact, is the kind of collaboration Nintendo has already had with the Zelda franchise before—when Capcom’s Flagship studio was allowed to work on The Legend of Zelda: Oracle of Ages, Oracle of Seasons, and The Minish Cap. So it’s not unprecedented in the slightest, and Monolith is still a Nintendo-owned studio, where Capcom was a third party partner entirely.

With those objections out of the way, exactly what problem is it that I propose that a Monolith-developed Zelda game will solve? The answer is simple, and it is one of timing. It is undeniable and indisputable that Zelda games are now taking an extremely long time to develop. Twilight Princess followed four years after The Wind Waker, Skyward Sword came five years after Twilight Princess, and Breath of the Wild came a whopping six years after Skyward Sword. With Breath of the Wild, even accounting for things like the development of a new engine, which can be reused for multiple games going forward, as well as assets, which can be used at least once more, it’s clear that there is a patter of long development cycles with these games.

Now, also consider this—the Switch is an incredible success because it had a generation defining Zelda game that accompanied its launch. Breath of the Wild was what it was because Nintendo essentially threw unlimited time and resources at it—a luxury it was afforded by being able to take six years to come together, even skipping a whole Nintendo console cycle along the way for all purposes, so that it could be what it became. The Switch’s early success, which was crucial for it to become what it is today, was solely attributable to Breath of the Wild. The demographics on the Switch, favouring deeper games, and purchasing multiple games, are owing to Nintendo’s killer app for the Switch being Breath of the Wild, a generation-defining game that first and foremost appealed to the enthusiast crowd, before breaking out with the general public.

Breath of the Wild is hardly the first time a Nintendo console launch has benefitted from an accompanying Zelda game, either. Indeed, Nintendo was basically repeating the stunt they had originally pulled in 2006, with Wii and Twilight Princess. Put simply, there is clearly a correlation between a Nintendo console launching alongside an anticipated Zelda game, and having early success. It’s probable that for now, Nintendo will not want to mess with that winning formula of having a landmark Zelda game be a launch game for their consoles going forward. 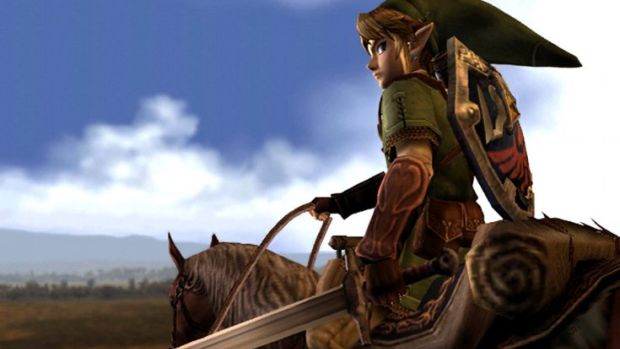 But the problem is, such landmark Zelda games take time to develop—time that if Nintendo were to take, they would be unable to deliver a follow-up to Breath of the Wild on the Switch in. So you see Nintendo’s conundrum—clearly, Breath of the Wild needs a follow-up for Nintendo to capitalize on it. But doing so means that time and resources that could be given to a Switch 2 launch Zelda game are now diverted—at that point, a Switch 2 Zelda game would either come years after the Switch 2 itself had launched, or would be an incremental follow-up to the Switch Zelda games, or possibly both. In any of those cases, Nintendo doesn’t have the kind of launch Zelda game they need.

A Zelda game developed by Monolith Soft, then, with oversight from EPD, and using the same resources and engine that Breath of the Wild used, while EPD themselves toil away at the future Switch 2 launch Zelda game, is what resolves the paradox—now, Nintendo haas a Breath of the Wild follow up ready to go in a few years after the original launched, without diverting from the development of the Switch 2 launch game. They can have their cake and eat it too.

A Monolith developed Zelda game also has the chance to be experimental, and appeal to those segments of Zelda fans who may have been put off by Breath of the Wild’s singular clarity of vision and emphasis on mechanics, at the expense of all else. There is a sizeable contingent of Zelda fans that appreciates storytelling, characters, and dungeons in their Zelda games, and those are three areas where Breath of the Wild is largely considered to have dropped the ball. It’s hard to imagine a Monolith Soft game not doing storytelling or characters well, for instance; presumably, without the pressure to carry a console launch as well, Monolith and EPD could afford to go a bit weirder with this game. Some of the most beloved Zelda games have been ones that went “weird”—Link’s Awakening and Majora’s Mask are the prime examples of that. Nintendo could easily deliver a new Zelda game in that mould as well.

For fans of Monolith Soft, who wouldn’t want a Zelda game to impede development of their own projects, it’s important to note that that wouldn’t necessarily happen. Monolith Soft is a big studio, with multiple teams, and they can easily divert a few, or even the bulk, of their resources to this Zelda game and still chip away at their own project in the background (in fact, this already happened with Xenoblade Chronicles 2, while most of the studio was involved with Breath of the Wild).

Put simply, then, we could be looking at a brand new Zelda game coming soon, developed by the creators of Xenoblade, that goes weird and experimental, focuses on story and characters, all while Nintendo EPD work on a more traditional, big-scale Zelda game, ready for the Switch 2 launch, to propel it into the stratosphere. And all of this would be without the hypothetical Monolith-led Zelda losing the Nintendo flavour (since key EPD personnel would still be overlooking the project) and without Monolith’s next original project suffering (since Monolith has a lot of manpower). For Zelda fans and for Monolith fans, this is an all-around win-win situation. It’s a smart gambit for Nintendo, and an easy way for them to have their cake and eat it too—as for us Zelda fans, it’s the best timeline, because we get double the Zelda goodness that we would have otherwise gotten.