The Nioh Collection Review – Freed From This Mortal Coil Again

The definitive way to play Nioh and Nioh 2.

The original Nioh was far better than anyone really expected. It was a game launching a decade and two generations after it had originally been announced. It was a game from a development team that hadn’t put out a well received game in quite a while. And it seemed to be riffing off of FromSoftware’s excellent Dark Souls series, which no game till then had really managed to pull off properly enough around then. But Nioh ended up being remarkably good, with its own unique strengths – the combat and the emphasis on loot, specifically – that helped it stand out from FromSoft’s games, and gave it a distinct identity of its own, rather than making it feel like a shameless clone. Team Ninja then further refined the craft, and gave us more of a great thing with expansions, and last year’s Nioh 2, which, while lacking the surprise factor that helped the original Nioh stand out, was still every bit as great as its predecessor.

The entire series has now been brought over to the PS5 with the Nioh Remastered Collection, which includes Nioh, Nioh 2, as well as all DLC and expansions for both. We also get 120Hz modes (for the framerate enthusiasts), a 4K mode (for the image quality enthusiasts), enhanced graphics, much better load times (which is a blessing in a game that loads up every time you die – and trust me, you’ll be dying a lot), and bells and whistles such as support for the advanced haptics in the DualSense controller.

Understanding, also, that asking people to start over in games as long and hard as these ones is an unreasonable ask, the games also come with cross-save support. Going even further above and beyond, Team Ninja and Tecmo have also enabled cross-platform co-op play between PS4 and PS5 owners of the two games – meaning that you don’t have to hold off on a PS5 purchase out of the fear that the potential community on the console might be far smaller and less populated than it would be for the PS4 versions.

"Since you are no longer faced with the sometimes daunting prospect of sitting through a loading screen that can last the better part of a minute every time you die, and then having to make your way back to where you did, deaths sting far less than they did before, meaning you’re likelier to be less conservative, more daring, and more appreciative of the various nuances to the games’ combat mechanics."

On the whole, then, they’re pretty great remasters. The games look stunning now (to be fair, they always looked stunning), and the image quality in the 4K mode is a treat for the eyes (even though, apparently, the resolution is a dynamic 4K rather than being a steady hold at 2160p – I think this just goes to show how good looking the games ate at their core that even such drops as there may be were barely perceptible or noticeable to me). While I personally do not have a display capable of 120Hz (and so was unable to test out the 120fps gameplay), the prospect of being able to play games emphasizing combat and reaction times as much as Nioh games do is definitely alluring, and I have to admit it’s one of the most exciting additions in the package as well.

Other changes make an overall positive impression as well – the load times, in particular, minimize any potential friction that you would expect from repeated deaths, since it takes all of a few seconds to be right back into the game and the thick of things. Since you are no longer faced with the sometimes daunting prospect of sitting through a loading screen that can last the better part of a minute every time you die, and then having to make your way back to where you did, deaths sting far less than they did before, meaning you’re likelier to be less conservative, more daring, and more appreciative of the various nuances to the games’ combat mechanics.

On the other hand, I wasn’t really too big on the haptics. Now, to be entirely honest, I have generally found the haptics features in PS5 games to be extremely overhyped – while I appreciate how well they are implemented, they have not felt to me to be the sort of revelatory, generation defining experience they have to others. So it is entirely possible my being underwhelmed at their implementation in the Nioh remasters comes down to my general ambivalence towards the feature. However, even accounting for that, I feel like, in my experience, Nioh has one of the less exciting implementations of haptics that I have experienced yet in a PS5 game. 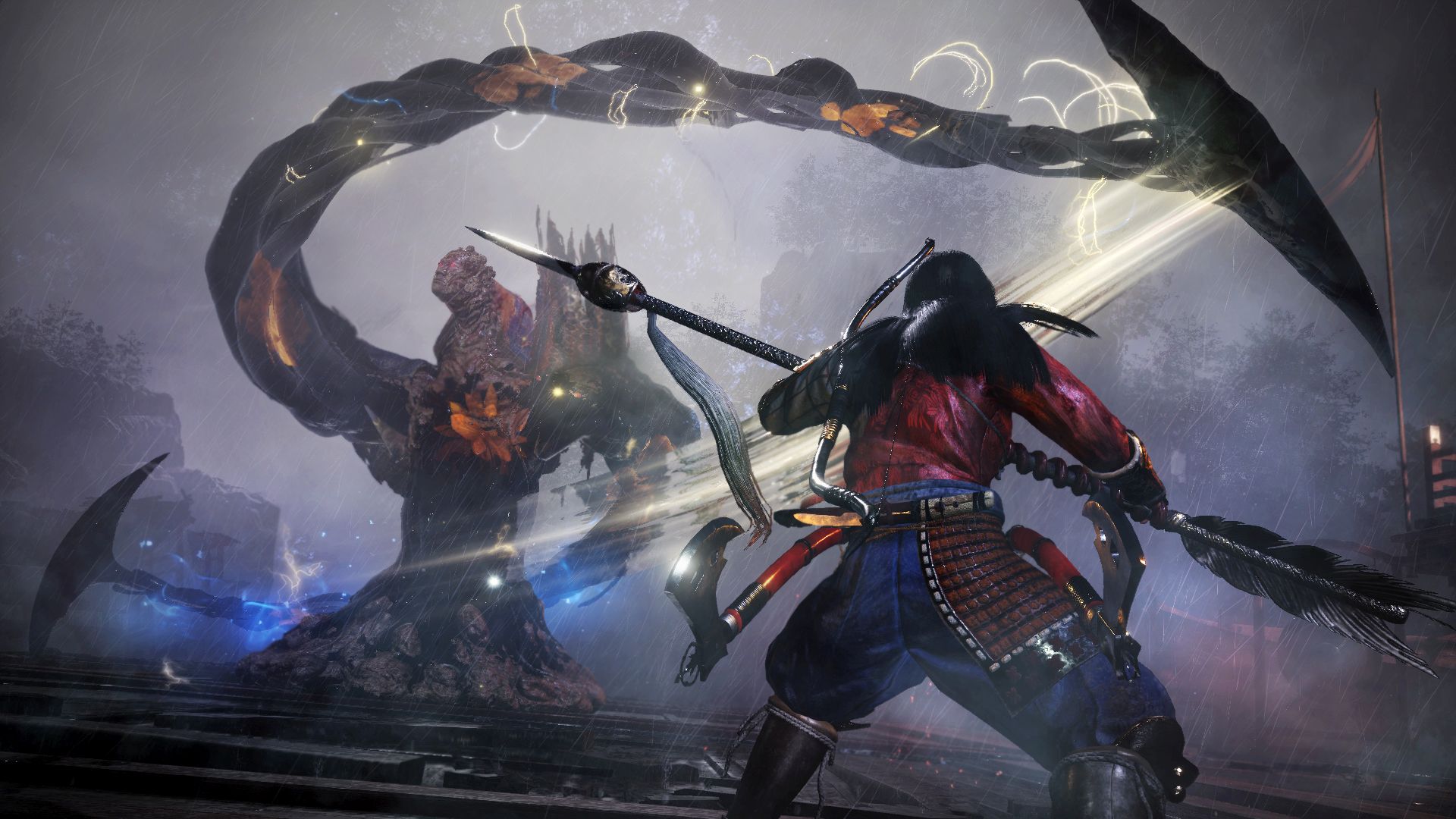 "Even accounting for how much work has gone into making this collection the definitive edition of the series, however, the strength of the package is definitely down to the games themselves being as great as they are."

Even accounting for how much work has gone into making this collection the definitive edition of the series, however, the strength of the package is definitely down to the games themselves being as great as they are. All the strengths of the two games – their frenetic and exacting combat, their thrilling and taxing boss battles, their fantastic enemy design, their incredible build variation induced by the glut of loot available, their imaginative locations – all of that is here, and it still feels about as great as it always did (something that’s more remarkable for the four year old Nioh than the just-a-year-old Nioh 2, to be fair). Simultaneously, most of the various weaknesses the games had – which include some unfair level design and encounters (especially towards the back half of both games), as well as an almost interminable length, especially for Nioh 2 – are here too (though one particular issue with both games, which was their load times, has been addressed thanks to the PS5’s SSD, as noted). Even with their few remaining weaknesses, however, the quality of the core package, on top of the various enhancements and quality of life improvements, don’t really register much – certainly not any more than they may have during your first go with these games.

And that’s really what it comes down to – if you weren’t ever sold on Nioh before, this collection isn’t going to change your mind, because the games themselves are relatively untouched, beyond visual improvements and minor bells-and-whistles. Unless your big reason for not loving Nioh was the load times – and sure, maybe there’s someone, somewhere, for whom that holds true – then these remasters aren’t going to address your complaints. The corollary of that, however, is that if you liked these games, you’re going to appreciate them even more now. This collection helps sand off some of the rougher edges the two games had, and adds enough garnishing on top that the flaws that do remain can be masked out.

And what if you haven’t ever played the games to begin with? Well, if you were even remotely interested, you owe it to yourselves to check this series out. Nioh and Nioh 2 are fantastic action RPGs, and a wonderful take on the FromSoft Souls template, that actually do many things better than the pioneering Dark Souls series. And if you’re going to be trying these games out for the first time, the PS5 collection is the way to go – in every sense of the word, this is, truly, the definitive edition of these games.

Great visual upgrades; loading time improvements help immensely; cross-save and cross-buy help make these purchases frictionless for those who may already have bought the PS4 versions; Nioh and Nioh 2 have aged well.

Some weaknesses, such as unfair level and encounter design in the back half of the games, persist; the haptics implementation appears to be fairly underwhelming.

Final Verdict:
GREAT
The Nioh Collection is the definitive way to play the series, for newcomers and veterans alike.
A copy of this game was provided by Developer/Publisher/Distributor/PR Agency for review purposes. Click here to know more about our Reviews Policy.