The time management mystery game will launch this Fall. 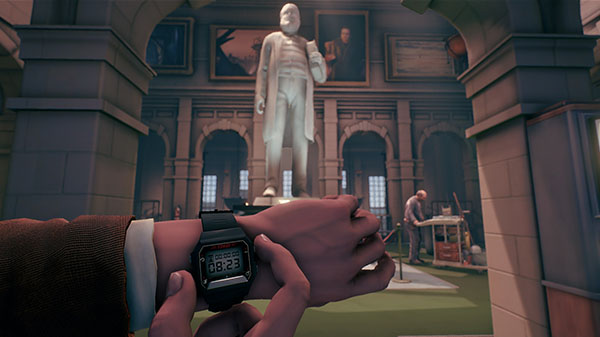 White Paper Games and Sold Out have finally announced the physical and digital release for their fixed time investigative thriller, The Occupation. It will be releasing on PlayStation 4 and Xbox One with retail discs as well as digital downloads, and digital only on PC this October 9th.

You can also head over now to the game’s now-live Steam page. The Occupation puts players in 1987 Northwest England to unravel a mystery surrounding an explosion. With a limited amount of real time to question people and investigate the scene, it’s up to the player to decide how they use their time. Will they be direct and risky, or cautious and allow time to pass? That’s up to you.

In a very Majora’s Mask-like approach, each of the characters in the game follow a routine that you’ll have to plan around as you hope to learn the truth behind the explosion that cost so many their lives. Once again, this unique game will have a physical release for consoles thanks to Sold Out Sales and Marketing, and launch for PS4, PC and Xbox One on October 9 this year.