The Order: 1886 Dev Explains How They Made The Game Look So Good With 4xMSAA On PS4

Refined techniques have made this game one of the prettiest on the current generation consoles. 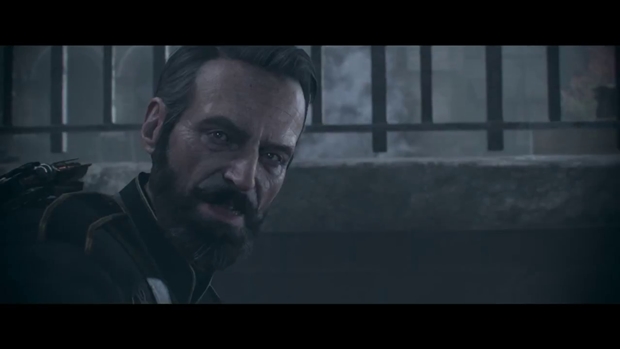 While the question as to whether or not The Order: 1886 is a good game is still very much up in the air, there is very little doubt that the game is quite good looking. In fact, it’s pretty safe to say developer Ready at Dawn has managed to put out one of the prettiest games that have been launched on the current generation consoles.

The company recently talked about the way they managed to get such incredible visuals at  Siggraph 2015. The firm discussed the fact that they went with a 1980×800 render setup for cinematic aspect ratio for starters. They topped that off by going with an anti-aliasing solution using Forward+ renderer. In fact, the company came up with a kind of custom renderer that relies on  EQAA to reduce aliasing.

The company also decided to use 2 color fragments and those had4 coverage samples for the EQAA, by making this decision the firm was able to put the quality of AA somewhere between 2x MSAA to 4x MSAA. All of this went a long ways towards making sure that The Order: 1886 is a very good looking game. The problem has always been that there have been complaints that there simply isn’t enough content there in order to really make people take advantage of those very nice graphics. While the game was maligned in some circles, Ready at Dawn says that the game actually sold better than some might have thought, and as of June, was well on its way to reaching its sales goals. Check out some pictures below of how the developer’s approach polished the look of The Order: 1886. 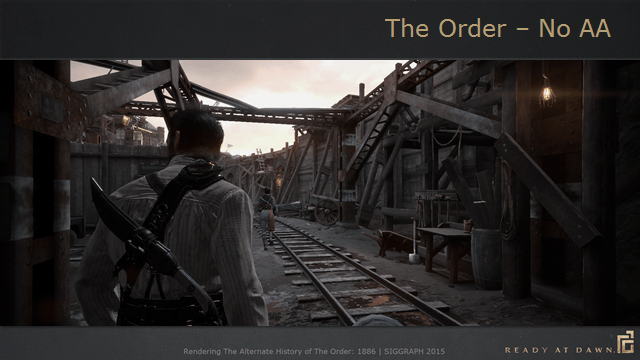 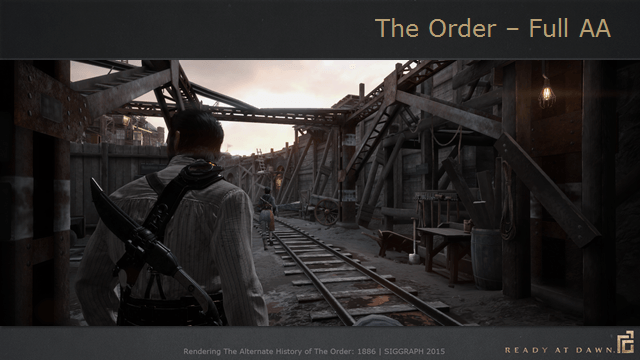 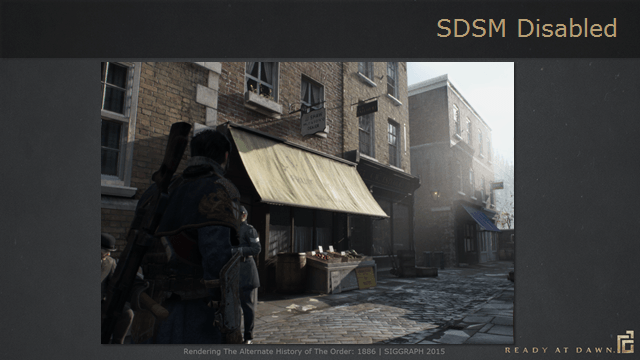 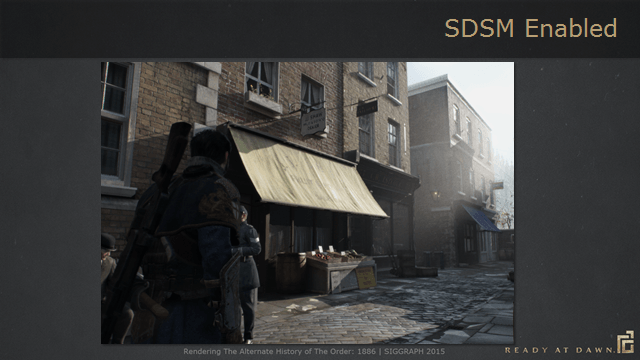