The Order: 1886 Review – Delivering Cinematic Experience At The Expense of Gameplay

Ever since Sony showcased The Order: 1886 back during E3 2013, the game has been facing criticism of varying types and the road to launch for Ready At Dawn’s first major console game hasn’t been exactly smooth. But now that we finally have the retail build in our hands, it’s safe to say that game is somewhat of a mix bag.

Over the last few weeks, there has been much speculation regarding The Order: 1886’s gameplay length so I will like to quickly get that out of the way. On normal mode, the game lasts for around eight hours which in my opinion is a bit short given that The Order: 1886 is a single player only game. If you are hardcore third person shooter fan and want to play the game at a higher difficulty, then you can easily push out another three to four hours of gameplay. 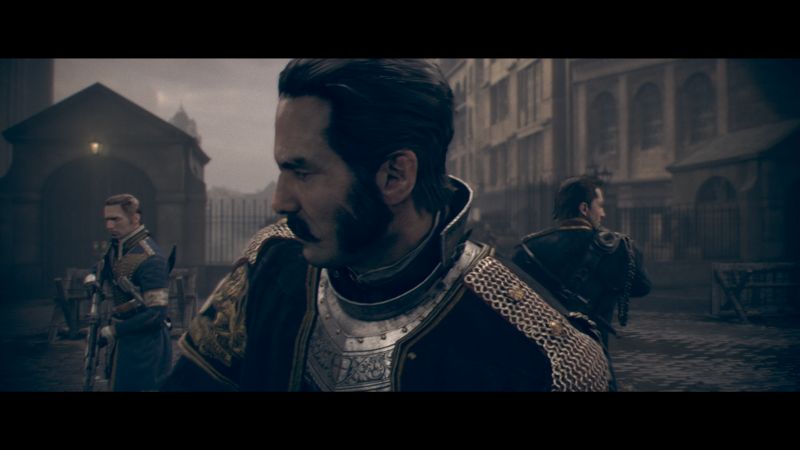 "The Order: 1886 truly feels like a summer Hollywood blockbuster movie with jaw dropping visuals and magnificent voice acting. The production values are out of the roof and it's by far one of the best looking games on the PlayStation 4."

Despite the somewhat short length, the game truly shines in its visual aesthetics. The Order: 1886 truly feels like a summer Hollywood blockbuster movie with jaw dropping visuals and magnificent voice acting. The production values are out of the roof and it’s by far one of the best looking games on the PlayStation 4. There is no doubt that this is an artistic masterpiece and if this is any indication of how next-gen visuals are going to look like in the future, then color me excited and intrigued. Although GamingBolt will cover some of the finer details of the technology behind the game in a separate article, Ready at Dawn have by large set a graphical benchmark that only a few development studios will by pass in 2015.

There’s great character drama around the protagonist Galahad and his band of merry men along with the alternate Victorian setting which makes the game’s plot rather fascinating. Although I won’t spoil much about the game’s story, I can say that the developers have weaved an intriguing historical fiction, something that players would love to spend a lot of time in, at least for a good chunk of the game.

However, the game ends rather abruptly which took me back by surprise and disappointment. I understand that Ready At Dawn probably wants to make a sequel depending on the success of the game, but there is no denying I was left wanting for more in the end. Given that the core of the game is deeply interwoven with the story, the ending is disappointing but the alternate history setting and the initial plotlines are enough to make The Order: 1886 an interesting proposition storywise. 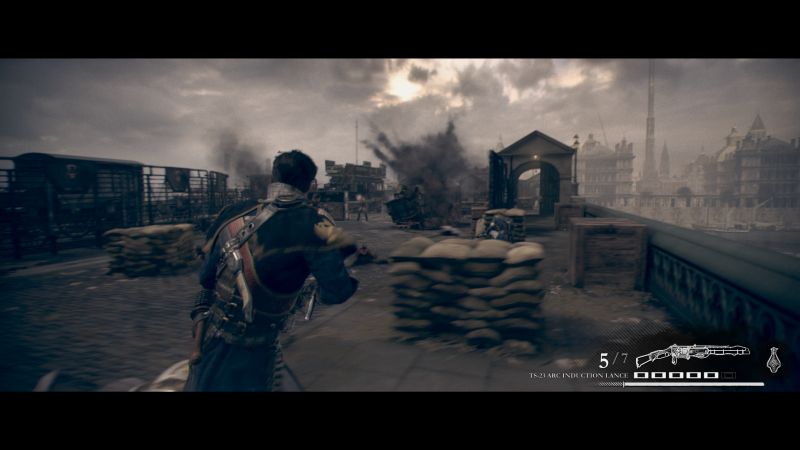 "Initial gunfights might appeal to some players but as the game goes on you will be eventually doing the same thing over and over again. A group of enemies come in, Galahad takes cover, pops out, takes aim and shoots. Rinse and repeat."

Given the game’s focus on delivering high quality cinematic experience, the gameplay turns out to be only a mere part of the entire package. Initial gunfights might appeal to some players but as the game goes on you will be eventually doing the same thing over and over again. A group of enemies come in, Galahad takes cover, pops out, takes aim and shoots. Rinse and repeat. There is no improvisation involved at all.

This game had all the potential to play somewhat like the Ghost Recon series wherein the player gives commands to their AI counterparts, however The Order has no such system and there are no strategies or tactics involved while taking on your enemies.

Galahad’s arsenal of weapons is rather impressive and once again the attention to detail is astonishing. Guns look and feel futuristic. You have access to your standard grenades along with several weaponry such as Combo and Thermite which packs a punch. You will find more weapons such as the Sniper Rifle as you play through the game but again, the lack of customization is baffling. At least a simple system like changing Galahad’s loadout before heading into a mission would have sufficed. Unfortunately that is the not the case here. 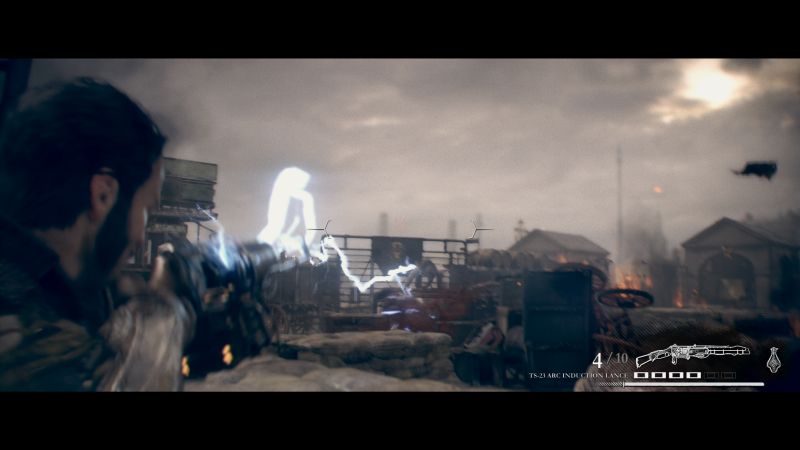 "Its design choices seem to prioritize cinematics over gameplay and this is where the problem lies."

Then there are quick time events. I don’t necessarily hate QTEs and I found them to add a new layer to gameplay mechanics if they are used in the right quantity and at the appropriate time. Unfortunately, there is overload of QTE in the game. I understand the use of QTE during a boss battle but using it for as bland activities such as drinking The Order’s secret serum seems a bit forced.

The over use of quick time events is most likely a design choice in The Order: 1886 so that it can maintain its cinematic look and feel but I have my doubts on whether it’s the right approach. Consider the case of Metal Gear Solid, a game that heavily focuses on cinematics but I haven’t seen one game in the entire series that have used as many quick time events as The Order did. Again, I understand the need for QTEs but The Order: 1886 does it so often that it eventually leads to its own downfall.

Another complaint, albeit a minor one is the continuous popping up of tutorials. For example, the camera moves with the right analog stick and the game makes sure you know about it. Okay I get it…but there is no need to show me that again and again. This complain won’t take anything away from the game’s experience but it is annoying nonetheless.

In a generation where open world games are becoming a norm, I found The Order: 1886 a respectable throwback to the good old days of linear corridor based third person shooter. It’s a hardcore single player experience only and there is no reason to replay The Order: 1886 again unless and until you are trophy hunting or finding each and every collectible.

Its design choices seem to prioritize cinematics over gameplay and this is where the problem lies. This is not to say The Order: 1886 is a bad game, but it could have been better if it would have tried to balance those two mechanics. Having said that, The Order: 1886 does remains true to its vision of cinematic storytelling through awesome production values and this is where I think a few players might find the game’s appeal in.

Overload of quick time events, no customization options, there is no strategy involved in taking out enemies and the story ends abruptly.

Final Verdict:
GOOD
The lack of balance between gameplay and cinematics drags The Order: 1886 down. It's not a bad game but you will find better third person shooters on the market than The Order: 1886.
A copy of this game was purchased by author for review purposes. Click here to know more about our Reviews Policy.