The Playstation Network and Issues of Trust

Posted By George Reith | On 11th, May. 2011 Under Feature | Follow This Author @GNReith

Without wishing to fall back on stereotypes, gamers are usually a very loyal demographic. Each and every year the biggest franchises in gaming get new instalments, and hungry fans line up eagerly to get the next slice of action from their favourite series. Every fan has their limits though and, with the recent downtime and breach of confidential information that has befallen the Playstation Network, will Sony fans ever be able to fully trust the Playstation brand again and would it even matter if they did anyway?

I say that us gamers are loyal folk, but hell hath no fury like a gamer scorned. I’m instantly transported back to the copious amounts of complaints that flooded the Bungie forums regarding some of the more minor changes seen in the Halo Reach beta this time last year. For all the loyalty I mentioned, many felt the need to complain about the small alterations to jump height and run speed, as if they had been mortally wounded and insulted by such a change. That said, maybe these complaints are caused by the reverence in which fans hold developers. Feeling so attached to previous entries in a series, they cannot bare the thought of change.

The step up from these complaints are the full scale boycotts we’ve seen as of late. It’s the ultimate mixture between the loyal, yet extremely fickle characteristics that define a lot of gamers. Fans were outraged when Left 4 Dead 2 was announced, fearing it was too soon after the original and would divide the fan base and accompanying online population of each game. Online boycott groups began popping up left, right and centre, with outraged players claiming they would never buy the game in protest. Most of these players caved in fairly quickly, and the whole boycott thing pretty much dissipated entirely as a result. The ultimate case of gamers swayed from their cause by a combination of their potentially fickle nature and an unwavering trust and faith in Valve and their products. 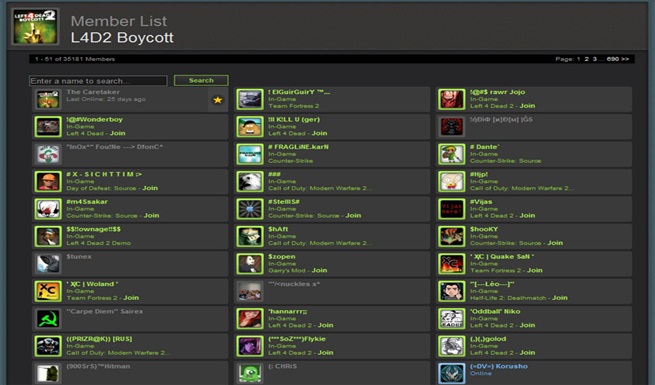 This trust in Valve is what made the L4D2 boycotts so ineffective. With Sony’s Playstation Network still down and only rumours of it returning soon, will gamers have the trust to resume using it as normal when it returns? It’s difficult to tell social trends of this kind, but there’s no doubt that Sony’s position has been less stable as of late. Don’t get me wrong, I love the PS3 as much as the next guy, but it definitely hasn’t dominated the market in the same way that the PS1 and 2 did in the past. This is arguably down to changing trends in the market, but the high initial price point of the PS3 and the more complicated blu-ray formats have made consumers and developers more reticent to jump on board Sony’s current gen hardware. It’s meant that fewer developers and consumers are behind Sony this generation, though, with the PS2 being as successful as it was, a decline was almost inevitable.

With Sony as they are now, consumer trust is more important than ever. When a developer announces radical or forward-thinking new features or products, fans need to have faith that these new plans will be worth their time. With Sony once again announcing an extremely powerful, yet potentially expensive, new piece of hardware in the form of the upcoming NGP, Sony need all the faith they can get. The NGP looks like a very promising handheld but, with its price point potentially set to land in the higher end of the spectrum, consumers and developers will need faith in Sony before they will whole heartedly support the platform. 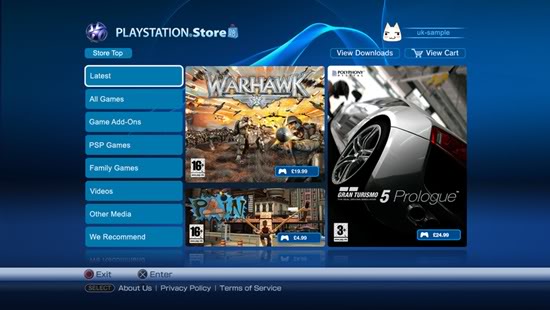 With so much speculation, it's hard to know what's fact and what's fiction regarding the PSN downtime

This is where the whole issue with the Playstation Network comes into play. First off is the issue of Sony’s branding strategy. Aside from the Playstation Plus service, Sony’s PSN is provided entirely free of charge. Those who pay for the yearly subscriptions to Microsoft’s Xbox Live service often counter this by claiming that they get a more reliable gaming service for their money. Unfortunately, this has now been proven as partially true by the recent instabilities in the PSN, leaving Sony’s online strategy with no game-changing advantages over the competition.

The trust issues are then two-fold from here. The physical damages are fairly numerous in as high profile an incident as the PSN downtime. We have the obvious irritant of losing the online gaming and distribution services offered by the PSN. It’s fairly negligible maybe but, considering how long the service has been (and could be) down for, many are frustrated by the whole affair. Then there’s the leak of confidential information. If you have an email account, you will get some spam, and this is reasonably self-evident. The amount of junk emails I’ve been receiving since the PSN hacks has nearly doubled though, and this is annoying to say the least. This may be unrelated, but I’ve never been one to believe too much in coincidence. The credit card detail thing is just inexcusable as well. I’ve been fortunate enough to not see any kind of unlawful drop in my bank balance, but others have not been as lucky.

Sony’s attitude regarding the matters has also not helped. At least, that is if the rumours are to be believed. Some developers and publishers have come forward praising Sony for handling the issue in a professional way, but there are also rumours that state otherwise. This could, of course, be meagre speculation, but the notions that Sony knew about the hacks and breach of privacy a whole week before declaring the information is disturbing at best. Whether or not it is true, there are some who will believe the hype, and this will be sure to have a negative effect on Sony’s reputation. 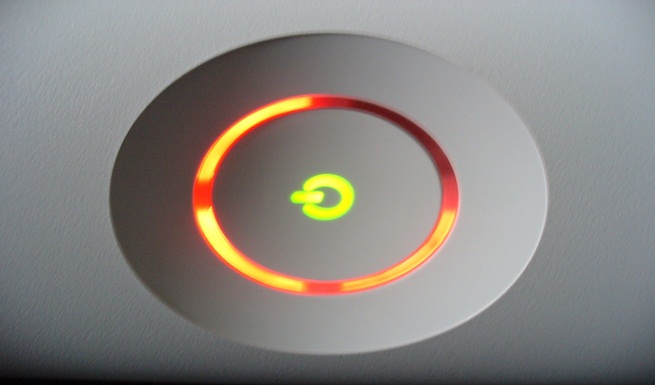 Fans were shook up by the 360's initial hardware failures, but that hasn't stopped Microsoft from dominating the industry

With Sony set to give away freebies on the PSN, and the help they are offering to smaller developers who are reliant on the distribution services on the PSN, it seems likely that faith in Sony will recover over time. Many were shaken up by the red ring of death that plagued earlier Xbox 360’s, but Microsoft have gone on to dominate the modern console market in spite of this initial setback.

That said, other console manufacturers have lived and died by trust or lack thereof. Sega’s infamous fiasco with their “Saturnday” promotion for the Sega Saturn destroyed their delicate relationship with third party developers. This issue arguably escalated and directly caused the Saturn’s shorter life cycle, along with the Dreamcast’s unfortunate demise a few years later. The same is unlikely to happen to Sony but, with so much media emphasis on the amount of users affected and money lost in the PSN downtime, it is important not to forget the more subjective trespasses of trust and faith. Sony seem to be on the road to recovery, but only time will tell how their fans will be affected by the PSN downtime in the long run. Until then I have some spam to delete, and some fingers to cross regarding the swift recovery of the service.