Everything you need to know about The Sims 4

The Sims 4 is an upcoming and hotly anticipated Life Simulation Game that will serve as the fourth main entry into The Sims franchise. The title is currently in development by Maxis (SimCity, MySims Kingdom and The Sims Online) and The Sims Studio who have worked on The Sims 3 as well as its 20 official expansions.

The Sims 4 is currently slated to be published by project owners EA.

While The Sims has appeared on consoles in the past, there has not been any mention of a console port of The Sims 4, as for now the game will only be launching on Microsoft Windows and OS X. It is expected to launch worldwide at some time in late 2014.

The existence of The Sims 4 first became public knowledge after some leaked content from the game was released onto the internet  in April of 2013. The leaked video showed a mock up of the game’s user interface. Following this,  EA officially announced the next installment in The Sims series: The Sims 4.

However, this time around, the game will be developed by two studios: Maxis and The Sims Studio. This obviously gave rise to a debacle of sorts among the fans since Maxis are not so popular after The SimCity DRM debacle. However, Producer Grand Rodiek revealed that the game will be an “offline, client-based game”. Also the game will be an exclusive to PC and there are no plans for a console version.

The developers have revealed that game will allow you to tell the story that the player wants, along with the combination of fun and serious approaches. Maxis have claimed that The Sims 4 will be the best simulator they have created till date as they are using new technology called as SmartSim which allows for advanced artificial intelligence across the game. 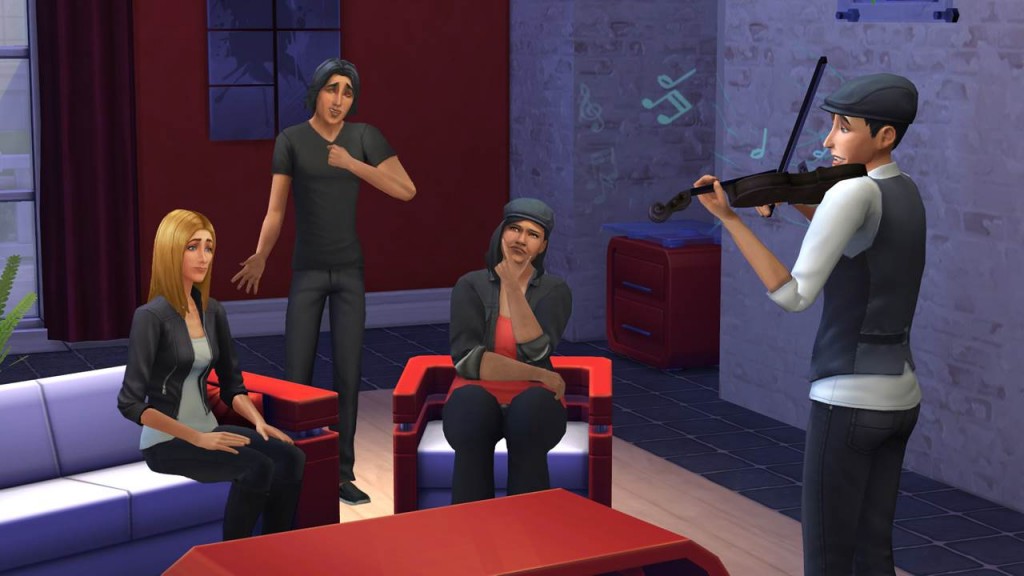 Gameplay for The Sims 4 will remained largely unchanged, the one main new feature is an improved Create-A-Sim mechanic and the Emotion influenced gameplay. Sims will now be able to multi task for the first time in the series, an example being the ability to move and talk at the same time. Create A Sim has been completely revamped and won’t feature the traditional sliders. The player will have the ability to push or pull on The Sim’s face and body. In short, The Sims 4 will feature in-depth customization that will be highly accessible.

Associate producer Jill Johnson has also revealed that there are no plans to add Create a Style and hair styles in the game and they are not sure whether this feature will be added later on in the game. She also revealed that even though accessories were a prominent feature in The Sims 3 where you can mix different combinations, this feature won’t be carried to The Sims 4.

As per all the usual tropes of The Sims, the players character is entirely self made. This is done via the character creation screen wherein players can create a Sim that resembles themselves or a ridiculous character of varied shape and size.