The fantastic narrative and phenomenal puzzle gameplay of The Swapper make their way over to console, with only minimal loss.

M any great stories throughout history pose the question “What is self?” Video games certainly pose the very query often themselves, with titles such as Persona 4 springing right to mind. Video games have a distinct advantage when it comes to raising big questions in relatively minimalistic ways, framing them around any number of genres.

Back in 2013, Facepalm Games brought the original PC version of “The Swapper” to the masses. It earned critical and gamer acclaim through a solid puzzle game draped in a chilling narrative, one that asks something ever so slightly distinctive from the usual of the player. “What is a self?”. 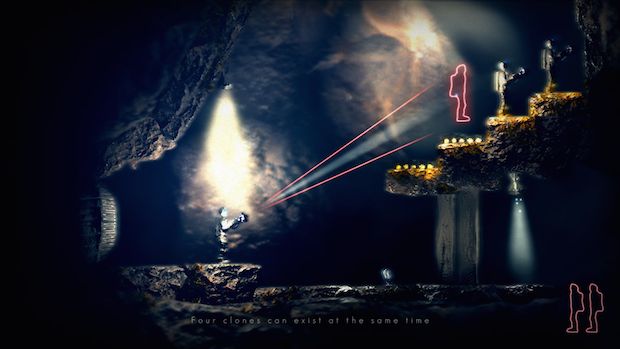 "The nature of the rock-like “Watchers” themselves as well as the gameplay mechanics raise those all important questions of identity, but never really draw any conclusions."

Easily likened to a Portal meets Dead Space, The Swapper begins with very little information given. Your whereabouts, situation, or even identity a mystery, and you’re asked to press forward anyways. As you explore the station that serves as the setting of the game, a combination of crew logs, and whispered alien exposition fill you in on the goings on ever so subtly to the story of “The Watchers” and the abandoned vessel which they were taken onboard.

The nature of the rock-like “Watchers” themselves as well as the gameplay mechanics raise those all important questions of identity, but never really draw any conclusions. Whether or not you consider the narrative better or worse for leaving those for the player to ponder well after the credits roll, one can only praise how the game can raise the issues of cloning, identity and survival without coming off heavy-handed, and it stands as a highlight of The Swapper.

The claymation art style is hardly common in gaming, and perhaps that helps the desolate and alien feel of The Swapper. Outer areas feel like lifeless moonscapes, and the ship itself coldly metallic. The foreign environments are chilling to the bone, and wouldn’t feel out of place in a survival horror title where something could jump out at any time. 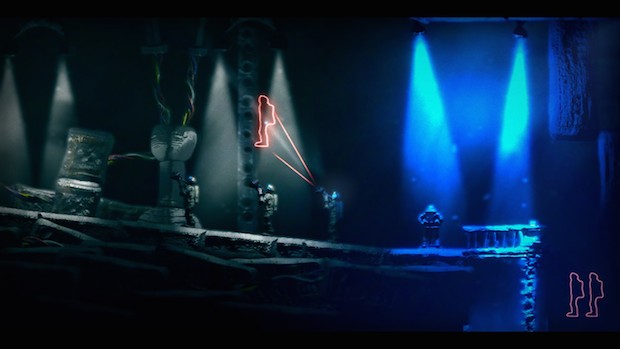 "The game introduces its mechanics with an almost Portal-esque fluidity."

Just as that paranoia would begin to wane, the game swaps from ambient tones to comforting music. While nothing too memorable outside of the game, it mirrors the player and their comfort before the game turns everything all on its head and makes you uncomfortable again in near masterful pacing.

Though the presentation and narrative are both very well done, the real triumph of The Swapper is undoubtedly the puzzle design. Setting its rules from a very early point and consistently demanding that you iterate upon them, the game introduces its mechanics with an almost Portal-esque fluidity. Puzzles laid out in front of you can mechanically be taken in within moments, yet be amazingly demanding based on just how the game asks you to use your tools to circumvent them.

The Swapper gives you four clones to play with as a hard and fast rule, for a total of 5 copies on screen at once. They all take the same input, so moving the one you’re in command of moves the others accordingly. You can swap control between clones via a direct line, to gain a new perspective or angle that wouldn’t have been reachable with your original body. 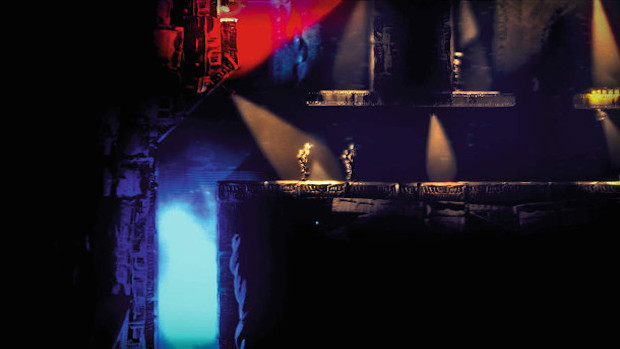 "The Swapper easily deserves to be in the same breath as Portal, Zero Escape or World of Goo in this regard as some of the best puzzle titles this side of Tetris."

It plays with these mechanics throughout until you master them, and placing the clones and learning how to use the environment to position them just so is paramount. The game folds in more mechanics naturally, such as lights that won’t allow clone placement, swapping between clones, or both and as such demands you manoeuvre your way around or block them in some way. Buttons and gravity also make their way into the mix and naturally work their way into puzzle design.

No matter how intricate the puzzle, there is always a way and like all amazing puzzle games it never changes or asks you to learn new rules without ample introduction. A room can stump you for days, only for the solution to come to you away from the game that you bring back to find a glorious, satisfying victory over the room that had you so stuck. The Swapper easily deserves to be in the same breath as Portal, Zero Escape or World of Goo in this regard as some of the best puzzle titles this side of Tetris.

The game looks identical on every PlayStation platform, and suffer no downgrade from the PC as far as presentation. Though the game never asks you to be very reflexive, it was clearly designed for the input of a mouse, which the right stick is not a suitable substitute. The Playstation Vita does a little bit to alleviate this with the touch screen, but isn’t a substitute either. 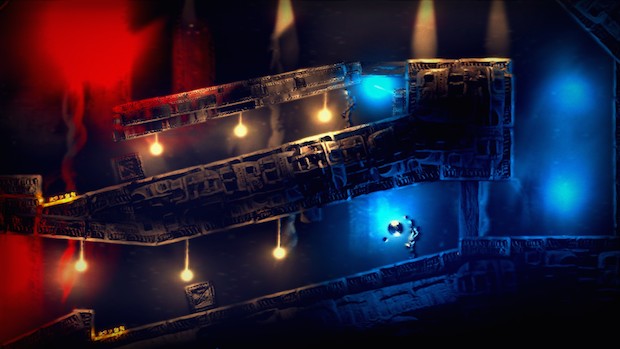 " there is one roadblock right before the ending of the game that bafflingly lets you in on the climax of the story, but demands you solve every last (puzzle) before you’ll be let in on the ending. "

While I did praise the pacing earlier, there is one roadblock right before the ending of the game that bafflingly lets you in on the climax of the story with having solved most of the puzzles, but demands you solve every last one before you’ll be let in on the ending. It’s really the placement of the block that I have a problem with, not the fact that the game asks you to complete every challenge. The ending itself is just as thought provoking as the rest of the narrative, but its cruel cockblock is jarring.

The Swapper is brought over to PlayStation with minimal loss to an amazing game. A thought provoking tale that asks you to consider what makes up a “self” and a great atmosphere frames an amazingly tight puzzler that stands with the best of them. Though the input isn’t as smooth as it used to be and some strangely placed roadblocks break the experience in odd ways, The Swapper is still well worth the time of any PlayStation owner.

A chilling atmosphere and amazing puzzle design sit at the heart of The Swapper. It's static toolbox is consistently used in interesting ways that keep it interesting throughout it's runtime. The game loses nothing in the translation when it comes to presentation.

The Swapper does give up a bit of control to fit into it's new home, and neither sticks or touch screens manage to make it feel entirely native to its new platforms. Pacing at the end of the game is jarringly halted if you passed up some harder puzzles and forgot about them.

Final Verdict:
SUPERB
The Swapper is simply an unforgettable experience regardless of platform, and though it can sometimes feel a bit alien to control using a joystick, The Swapper is still a journey well worth taking.
A copy of this game was provided by Developer/Publisher/Distributor/PR Agency for review purposes. Click here to know more about our Reviews Policy.