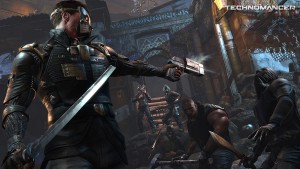 Spider’s apocalyptic role playing game set on Mars, The Technomancer, already looks like a very promising game- and this new video we got for it cements that ‘promising’ status further. The video shows off how combat will work in the game, and three stances – Warrior, Guardian, and Rogue – are briefly introduced here.

Also shown is the game’s tech tree, which looks pretty in depth, and will let players alter a skill to devastating effect, alongside the game’s crafting systems, the buddy mechanics, and various abilities. You know, for a video that’s as short as this one is, it actually gets a lot of ground covered- see, this is how you make a good, informative video.

The Technomancer is due for release in early 2016 on PC, PS4, and Xbox One. Stay tuned to GamingBolt for more coverage and information, and make sure to tell us what you think of this new video in the comments section below.