The Telltale Game of Thrones Game Might Feature Ironwood 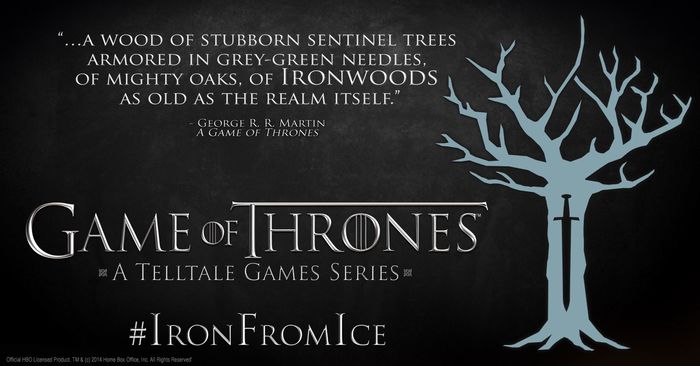 But undoubtedly, the most exciting project that Telltale is working on is the Game of Thrones adventure game that it announced at the VGX Awards last year; a game that has gone sort of silent ever since its announcement. We haven’t heard much of the game since then, though Telltale does keep referring to it, so we know it’s not canceled, but today, they made a tease related to the game, which you can see above.

This tease mentions Ironwood- for those of you who aren’t caught up on your Game of Thrones mythology yet, it’s a kind of tree that is found beyond the Wall in the North, meaning that the game could be hinting at at least partially taking place beyond the far north, where the wildlings and the White Walkers rule the land.

Game of Thrones is officially slated for a release some time this year, but judging by little of this year is left, and the schedule that the studio operates on, yeah, that’s not happening. Probably some time in early 2015.