Does anyone remember Ecco the Dolphin? The 1992 Mega Drive classic saw you controlling a dolphin as you solved 2D puzzles under the sea in a relaxed and unique environment. Whilst an abstract comparison, it seems a rather easy and appropriate way to describe The Undergarden, Atari’s new 2D puzzler for Playstation Network and Xbox Live Arcade.

The game revolves around a minimalist story where you assume the role of an unnamed creature as you float around the Undergarden using pollen that you collect to help flowers bloom in the aquatic underworld. It’s all kept very simple, but it also doesn’t really evolve much in terms of gameplay as a result. You literally just cruise through level upon level picking up pollen and blooming flora and fauna. A puzzle element is added in the form of various obstacles throughout the game that impede your progress. To move said obstacles you need to bloom flowers that grant seeds of varying properties. Whether it be a weight, a gravity defying seed or a bomb, the seeds add needed brain teasers that help break up the monotony. Sadly though, they don’t succeed in doing this entirely. Generally speaking a new puzzle element gets added every level, yet it still starts to feel a little old a little too quickly. 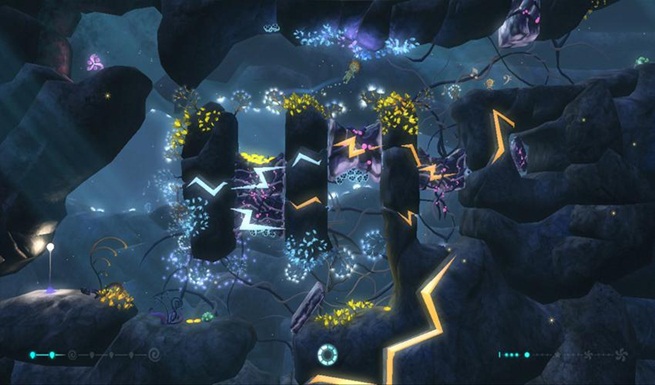 The puzzles are a nice addition, but they aren’t the brain-scratchers I was hoping for

In spite of this potentially weak gameplay pacing, the game is redeemed by its unique atmosphere. Indeed referring to The Undergarden as a game might not be entirely accurate. With its flowing gameplay and soothing music and graphics The Undergarden, much like Ecco the Dolphin, is a very relaxing experience. The graphics are of a generally good standard with some interesting designs of the world and its inhabitants. Sadly though, the levels all look practically identical leaving the game in an undeniably repetitive state. The sound however is solid across the board. What the OST lacks in catchy melodies, it makes up for in a unique use of timbres and sounds and some stand out sound effects.

One of the problems of the relaxed atmosphere in The Undergarden is that it fails to breed any kind of urgency within the player to return to the game. I’m not sure whether it’s the slow speed at which your characters floats around the levels, or if its the long-winded level design but something just really doesn’t grip you in. It’s a fairly enjoyable experience but, were it not for the need to play the game for review, I doubt I would’ve returned to The Undergarden half as many times as I did. 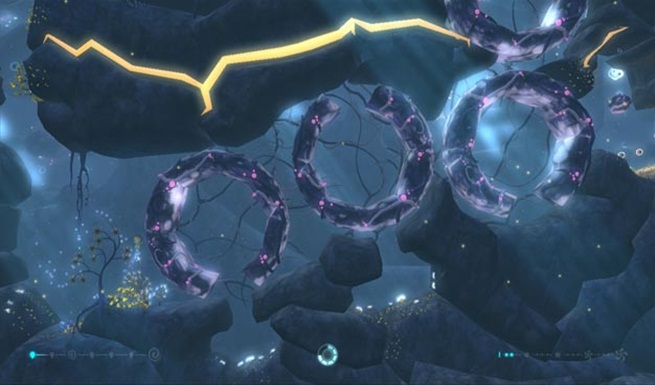 Should you wish to invest in The Undergarden you may need to consider exactly how much enjoyment you will get out of it. The moderate price point is definitely a plus and the game certainly contains enough content, but some of its advertised features are fairly limp additions. The game’s generic achievement list and online leaderboards can only improve its lifespan so much, and the co-op is very poorly implemented. You can only join into a game locally and in the hub world, meaning there is no casual drop in/out gameplay. The co-op also just feels badly tacked on with no unique two man puzzles or the ability to change which player the camera focuses on. There is also this recurring Ecco the Dolphin comparison which, believe it or not, I have been making for a reason. Though games like this are few and far between, they have been done better before. So you may well be better of getting yourself a copy of Ecco or Flower on the PSN. 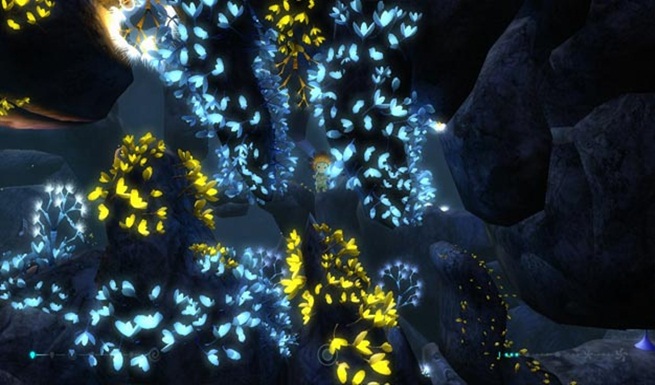 It’s a very pretty game overall, and there’s something very calming about the whole thing

For all my criticisms of The Undergarden it is definitely a unique idea, regardless of its hit and miss execution. I would definitely be interested in seeing how they might improve upon the game’s foundations for a potential sequel, but until then I can’t recommend the game whole heartedly. That said, it may well tickle your fancy depending on what kind of gamer you are. With a free demo available on PSN and XBLA it is certainly worth trying before buying.

Final Verdict:
GOOD
A relaxing 2D puzzle adventure with a unique and soothing aesthetic, let down by repetitive gameplay and level design
A copy of this game was provided by Developer/Publisher/Distributor/PR Agency for review purposes. Click here to know more about our Reviews Policy.