The Walking Dead: The Final Season Review – We The Living

The Walking Dead isn’t really about zombies. It never has been, just as Moby-Dick isn’t really about a whale and Jurassic Park isn’t really about dinosaurs. Like the conceits of those stories, zombies are just the way in, a way for talented folks across several mediums to ask the big questions. Moby-Dick is about the dangers of obsession; Jurassic Park about the dangers of playing God and the idea of what we should do versus what we can do. Likewise, zombies are just a way for exploring the ideas that make up the core of most speculative fiction: What does it mean to be human? What happens to us when we die? When the only choices left are the hard ones, who are we? What are we capable of when our lives are on the line? We build narratives about who we are and what we would do in situations like this, but there’s no way of knowing what were capable of until we’re pushed. And everyone, pushed far enough, can be monstrous.

Of all the different forms of media The Walking Dead has inhabited, Telltale’s series is where the series has been at its best. A large part of this is due to Clementine, the little girl we first met seven years ago as Lee, and have stewarded through land of monsters ever since. Over the years, we’ve watched her grow from a scared little girl who needed protection to a confident teenager more than capable of protecting others. She is who we made her: our friend, our daughter, ourselves, and the emotional center of Telltale’s series since the beginning. It’s still true here; Clementine is an exceptional character (voiced with aplomb by Melissa Hutchison), and the core of The Walking Dead’s appeal. Without her, the series doesn’t work. Telltale knows this, which is why Clementine is front and center during The Final Season. This is the end of her story, and it’s a good one. 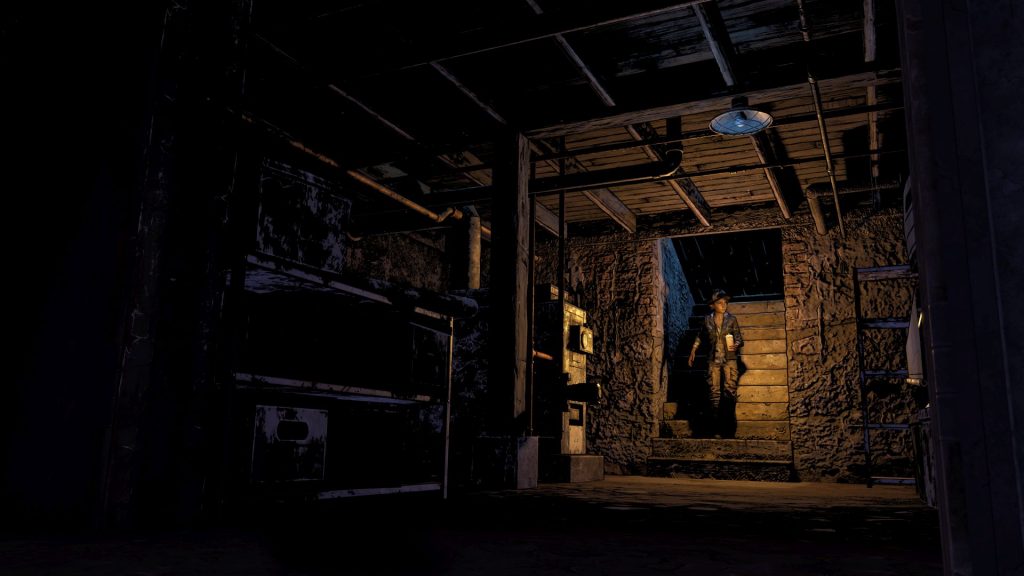 "You don’t need to be familiar with earlier seasons of The Walking Dead to follow along, though it will undoubtedly help. The game quickly recaps the events of Season 1 and Season 2 at the outset, allowing you to remake core decisions and summarizing the plot so far."

The final season picks up as the series always has: you’re alone. Clementine, now 16 years old, is in charge of taking care of Alvin Jr., the young boy from Season 2. They’re driving the road, years into the zombie apocalypse, looking for supplies when they run across an old train station that looks like it’s been fortified against walkers. Clem and AJ are running out of food, so they stop. What they find is promising, but things go sideways and they’re forced to flee. They are rescued by a group of kids who run what’s left of an old boarding school for troubled youth. Clem and AJ make friends with the other kids and want to stay, but, as always, things go wrong. The real monsters are always other people.

I won’t go into more details, because the story is quite good and the deserves to be experienced with fresh eyes. You don’t need to be familiar with earlier seasons of The Walking Dead to follow along, though it will undoubtedly help. The game quickly recaps the events of Season 1 and Season 2 at the outset, allowing you to remake core decisions and summarizing the plot so far. You can also import data from The New Frontier if you had it. I did not (I have played Season 1 and 2, but not The New Frontier), but I was able to understand what was going on without having seen it. The game occasionally flashes back to earlier games and past characters (both Clem and AJ have serious emotional trauma to work through), but the game does a good job setting up who these places and events are and why they matter. I wouldn’t recommend jumping straight into The Final Season – the other seasons are quite good and deserving of your time, and the game is better when you have an emotional attachment to and understanding of these characters – but you can start here if you want. 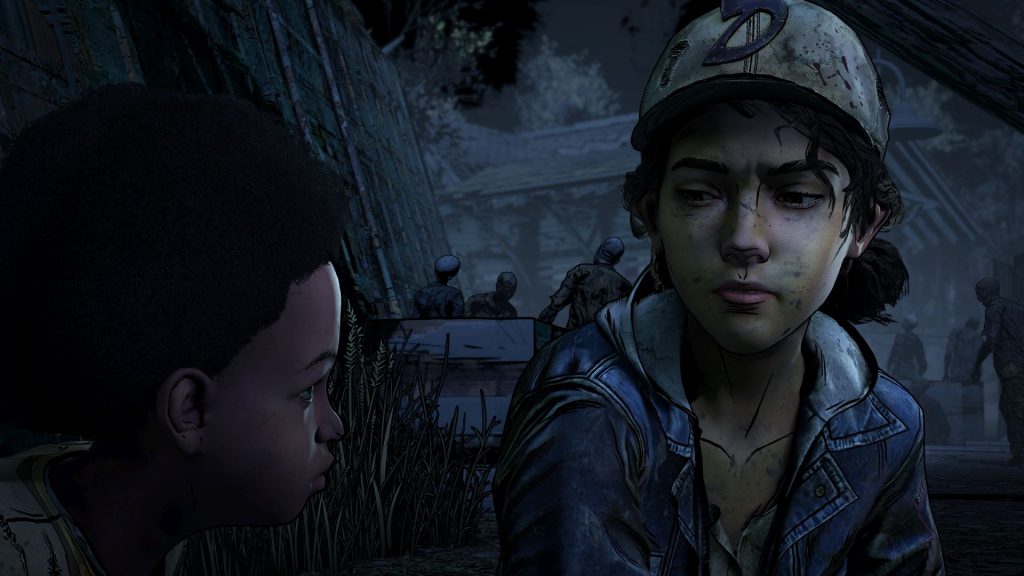 "AJ is always watching and listening, and he remembers the lessons Clementine teaches him, inserting them into normal conversations and using them to make decisions later on. It’s your job to give him the right lessons, and your choices determine who he’s going to be."

The elements that you expect from a Telltale game are all here: choices, quick-time events, and small puzzles to solve dot the area between cutscenes, which are frequent. Telltale games often play like interactive movies: you watch a lot of what happens, interacting when choices need to be made and Clem needs to do something. The cool thing here is that your choices matter. AJ is always watching and listening, and he remembers the lessons Clementine teaches him, inserting them into normal conversations and using them to make decisions later on. It’s your job to give him the right lessons, and your choices determine who he’s going to be. The story, and its outcomes, change significantly, too. Characters live and die based on what you do, and you’ll have to choose who you want to cultivate relationships with at certain times. AJ makes different decisions based on the lessons you teach him, and a seemingly minor choice in one part of the game can have serious outcome later on. This isn’t The Witcher, but Telltale has learned from the past successes of games like Guardians of the Galaxy and Batman: The Enemy Within and applied them here.

They’ve also implemented more action-based gameplay. During certain segments, Clem will have to navigate hostile territory filled with walkers (or other people), taking out enemies with her knife, a bow, or a gun, and making sure she doesn’t get killed in the process. Walkers can be stunned with one button, taking them out of the fight long enough to deliver the final blow, or killed outright. Knowing which option to use in a given situation is crucial; Clem can fight off one walker at a time, but if two get the jump on her, she’s done. Taking out walkers requires mixing in stuns to break up groups and using quick kills when you have the chance. Similarly, when using a bow or gun, you gotta aim for the head. None of this gameplay is particularly complex, and you have to be on the ball – if you wait too long to stun or kill a zombie before they get to you, they will overpower Clem’s attack whether you’ve pressed the button or not, and aiming can be finicky at times, at least on an analog stick – but these sections work well overall and add some spice to the game.

Then there are the characters. Clem and AJ are absolute standouts, but most of the cast is interesting. Particular credit must be given to Violet, a girl with issues connecting but who really just wants friends; Louis, a funny, self-deprecating musician who adds charm whenever he’s on-screen; Tennessee, a young, kind, artistic boy with a troubled past; Ruby, delightful Southerner and team mom; and Willy, the loveable dingus with a desire to blow stuff up. There are other characters, too, and honestly that might not always be a good thing. All of the characters are well-acted and the interactions with them are fun, but there are just aren’t enough to make all of them fleshed out to the degree you’d probably want given how heavily the game focuses on your relationship with the other kids. 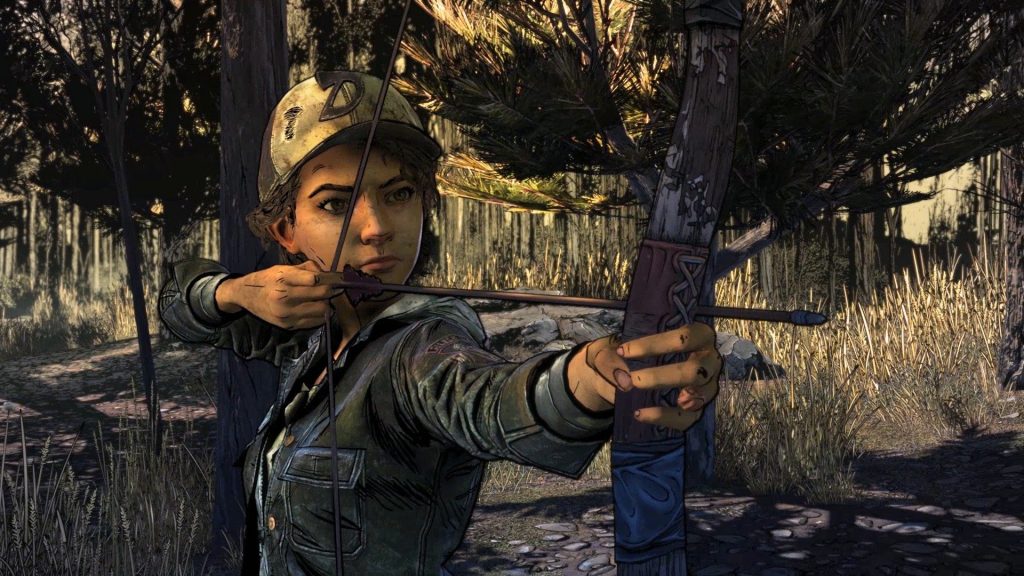 "It’s about Clem and AJ, and their dynamic gravitates between older sister and younger brother and mother and son. But it’s also about the other kids at the school, about the relationships we form with others, about trauma and grief and loss and building something new. It’s about a father and his adopted daughter. A girl and her adopted son. About learning to say goodbye."

What’s most impressive is that The Final Season doesn’t feel truncated or like all of the pieces don’t fit. The game’s development issues are well known, but Skybound and the folks from Telltale who returned to finish the story did a good job. That doesn’t mean, however, that it is free of flaws. While this is easily among the best playing Telltale games, it’s still pretty barebones in terms of gameplay. This didn’t bother me because I was so invested in the story, but is worth noting. I also ran into a bug after a certain choice that required me to restart the game and spend about 20 minutes getting back to where I was. Again, not gamebreaking, but irritating. Other than that, this is a very good game, and I was happy to explore the environments, chatting with the other characters, killing walkers, enjoying the story, and looking for collectibles to decorate Clem and AJ’s room until the game ended.

And man, is the ending perfect. There are multiple endings, of course, which depend on what you do, but the final shot is a fitting conclusion to Clem and AJ’s story, no matter how it goes. The Walking Dead has always been about family, and The Final Season continues that theme. It’s about Clem and AJ, and their dynamic gravitates between older sister and younger brother and mother and son. But it’s also about the other kids at the school, about the relationships we form with others, about trauma and grief and loss and building something new. It’s about a father and his adopted daughter. A girl and her adopted son. About learning to say goodbye. About the bonds we build, and how, in tragedy, we can somehow form a family. There are always going to be monsters in the world. That won’t change. But who we are – the people we choose to be when fighting those monsters – is what matters. It’s about what Lee taught Clementine. It’s about what Clementine teaches AJ. It’s not about those that we bury. But how we, the living, go on after they’re gone.

Not all of the characters get as much screentime as they should. The odd bug. Aiming on a joystick can be a bit finicky.

Final Verdict:
AMAZING
The Walking Dead: The Final Season is a moving exploration of grief, loss, choice, and letting go that gives Clementine's story the ending it deserves. Telltale may be gone, but at least they went out with a bang.
A copy of this game was provided by Developer/Publisher/Distributor/PR Agency for review purposes. Click here to know more about our Reviews Policy.