The Wii U Deluxe Set Will Now Feature Mario And Luigi

"It’s another example of the tremendous value and variety that Nintendo is offering consumers this holiday season.” 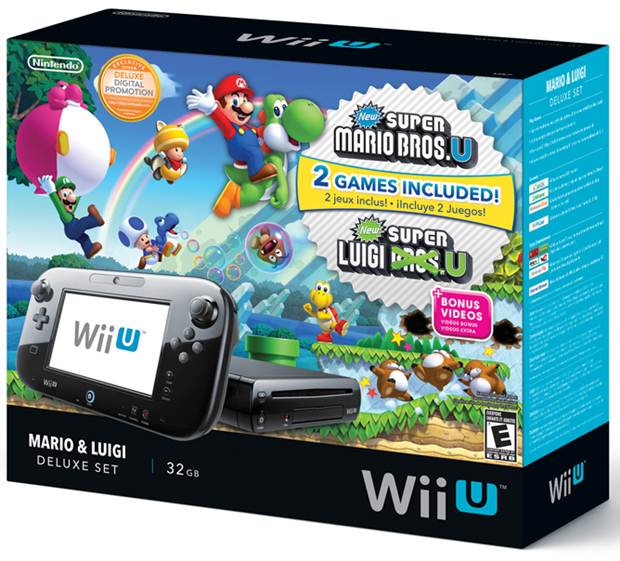 Nintendo has decided to switch up the marketing campaign for their Nintendo Wii U deluxe bundle. The new set attempts to put a focus on value, offering two games along with the console for the new price of $299.99. The bundle will now feature arguably Nintendo’s two most recognizable characters, the loveable, murderous plumbers, Mario and Luigi.

The two games offered within the new deluxe bundle will be the much acclaimed New Super Mario Bros, and the New Super Luigi. The existing Wii U Deluxe bundle, which will now cease to be sold, contained Nintendo Land. Nintendo Land, however, can still be bought via download in the Nintendo eShop starting November 1st, the same date of the switch.

“Mario and Luigi are two of the biggest heroes in video games,” said Scott Moffitt, Nintendo of America’s executive vice president of Sales & Marketing. “This new Wii U configuration gives people instant access to not one, but two of the most well-received Wii U games. It’s another example of the tremendous value and variety that Nintendo is offering consumers this holiday season.”

Hopefully this switch will succeed in boosting Nintendo’s Wii U sales.