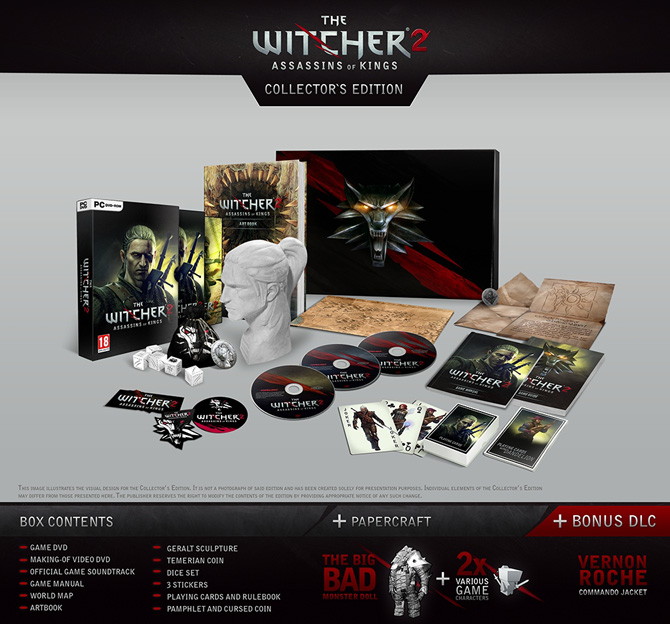 One of the best CE’s of recent times.

Gamestop has leaked the Collector’s Edition for The Witcher 2 and it looks properly awesome. There’s so much in it that the special package truly lives upto its name of being a collector’s item. They have taken if off but the interwebs are a cruel place.

Here’s a lowdown on the stuff you will bag: