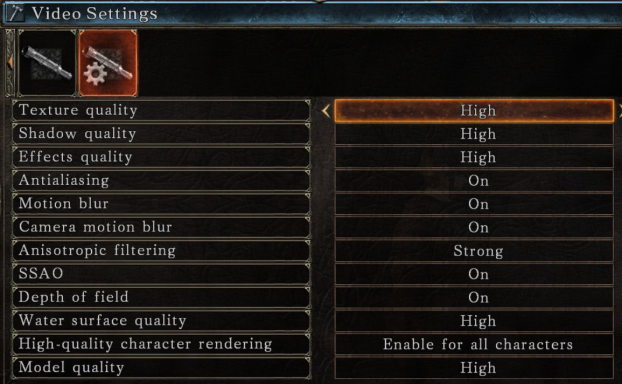 Fans have been worried that developers From Software will downgrade the visual side of Dark Souls II’s PC version, especially considering the fact that they even took down the really good looking high res images of the game from Steam. But it looks like there won’t be much cause for worry, as the game might still retain the high end graphical options that were promised to us back when it was first announced.

A Reddit user has leaked an image of the game that shows its graphics options, including the likes of anti-aliasing, texture quality, shadow quality, anisotropic filtering, water surface quality, motion blur and more. The image, of course, shows that they’ve all been set to the highest possible settings, but of course, we don’t know what that will look like yet. Take a look at the image below anyway.

There’s no confirmation yet, but we’ve kept our eyes and ears peeled for any hint of a clue. So stay tuned and watch this space for more updates.