Thief Wiki – Everything you need to know about the game

Everything you need to know about Thief.

Thief is an upcoming and massively anticipated stealth action video game that is currently in development under Eidos Montreal (Deus Ex and Tomb Raider) and is set to be published by Square Enix (Final Fantasy, Hitman and Tomb Raider).

Thief is being marketed as a reboot of the classic stealth action series of games called “Thief”, despite being a reboot it’s the 4th entry into the series to date. It is currently slated to be released for Microsoft Windows, PlayStation 3, PlayStation 4, Xbox 360 and Xbox One in February 2014.

The initial announcement that confirmed the existence of Thief, following tons of rumours and speculation came in the form of an announcement about the development of a game called Thief 4. Despite being developed at Eidos Montreal the game is not being developed by the same team that created Deus Ex Human Revolution. Due to the long period of time given entirely to the conceptual stage of development the team was kept small and lowly staffed.

It was during this long conceptual development stage that the developers suggested, this includes having the player view the game in a third person perspective, having Garrett be replaced with a brand new  protagonist and even the inclusion of a climbing mechanic similar to that found in Assassins Creed’s video game franchise. Eidos Montreal founder Stephane D’Astous has been quoted on the games main site page as saying the game was in development, “We’re in the early development stages for Thief 4, but this is an incredibly ambitious project and a very exciting one. It’s too early for us to offer any specific game details. Right now, we are focused on recruiting the very best talent to join the core team at the studio and help us make what we believe will be one of the most exciting games on the market.”

There was also much rumour and speculation surrounding the on-goings taking place behind closed doors at Eidos Montreal regarding several of the senior staff and more proponents , these claims were contested by Stephane D’Astous, ” We will be able to be a little more communicative later on, hopefully before the year’s end. Right now, Thief is our priority and we’re putting everything behind it to make sure it’s as successful as our first game.”

Eidos also came out and announced that the Garrett’s voice actor Stephen Russell was not cast for the role of the legendary thief, the role of Garrett is now being played by actor Canadian/Italian Romano Orzari (Giovanni Auditore da Firenze – Assassins Creed II). Eidos explained their reasoning behind this in a statement that reads,  “We made the decision to record our actor’s voices and their movement at the same time using a full performance capture technique. The actor playing Garrett needed to be able to perform his own stunts. Garrett’s a really athletic guy. We could have pasted Stephen’s voice on top of the actions and stunts of someone else, but this wouldn’t appear natural.”

This situation is exactly the same as what happened with the most recent into the Ubisoft franchise called “Splinter Cell: Blacklist, wherein long time voice actor Michael Ironside was replaced due to full motion capture reasoning. Just like in that situation, the fans of Stephen Russell’s portrayal of Garrett have taken to forming petitions that request to bring him back to the franchise as the lead voice actor.

Thief was initially planned for release as a 7th generation (last gen) game, but during the development of the current 8th generation consoles (X1, PS4) the decision was made to port the game to the newer and more powerful systems. 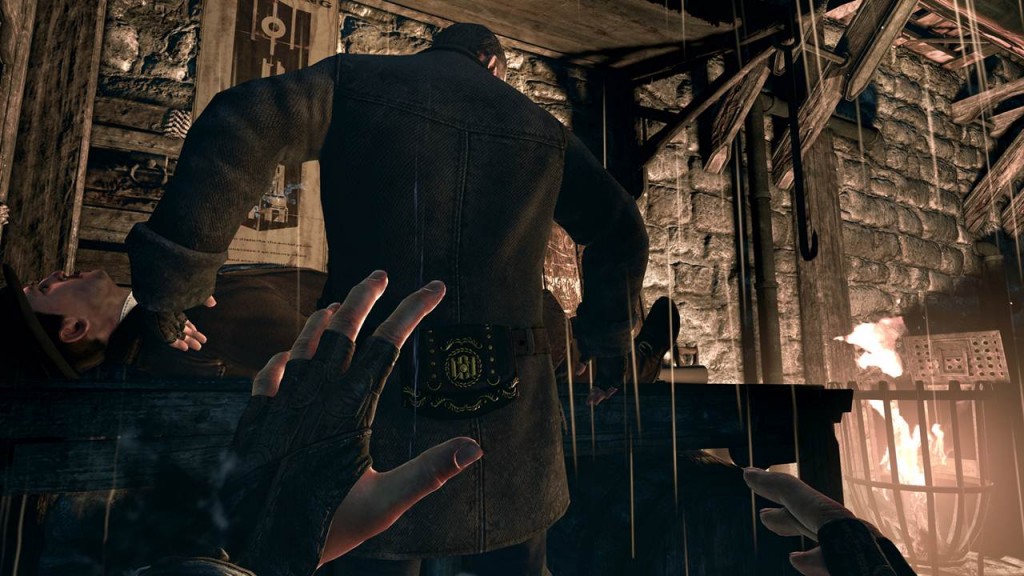 Players are tasked with controlling the master thief Garrett while he travels the land stealing from the rich, this is accomplished (just like in the previous entries in the series) through the use of stealth to outsmart foes, complete challenges that hinder your progress and pick pocketing . Players progress through various stages and take multiple paths to move the game and story along while avoiding guards and NPC’s who (when alerted to Garrett’s presence) will try and flush him out into the open and kill him.

The Focus mechanic will allow Garrett to view his environment in greater detail, highlighting things like pipes that can be climbed on, or extinguishable light sources . Focus makes it easier to rob NPC’s and Guards, it also has use in combat allowing for powerful pushes and attacks despite combat being such a last resort  tactic. Garrett’s usual equipment returns to Thief including his famous blackjack for bashing foes in the head, a collapsible compound bow replaces the traditional bow (for lethal and non lethal attacks) as well as a claw like item that allows him to climb. Upon the completion of missions, players can use accumulated wealth to purchase extra supplies and equipment to help with future missions.

While prospective players were worried about this focus mode breaking the game, they have since been made aware of Old School Mode (read down) that has helped to assuage a great deal of the communities concerns. In the original Thief titles, combat was very much a non option, if Garrett is discovered then the game was more or less over, open combat was clunky and didn’t work well. Combat has been reformed now to help the player stand a change, but the emphasis is on Garrett. He is no soldier, he’s a master thief. A non combatant. The new combat system is based on a system of opening up a window that will allow you to safely escape, “Don’t try to kill them, just try to push them or make sure they are disabled. Don’t finish the job, just get the f*ck out”

One particularly important feature that has been included into this reboot of the franchise, is Old-School mode. This mode is designed for both a more challenging game (because it will remove most of the new conveniences found in the game) and to replicate the feeling of the original game. That means no HUD, no Focus and no more checkpoints. This mode has been well received by Thief players who were worried that the game would be to different from what they grew to love.

Despite the original Thief games being primarily played from a first person perspective (which is arguably the only way of playing the game), Thief will also be implementing a third person camera mechanic. Talking about this, Nicolas Cantin spoke about the development teams reasoning behind the third person perspective, “In the beginning, we tried that a little bit; it was easy to try with the Unreal engine to go into third-person. But, we quickly realized that the most important thing in a Thief game – for it to be immersive – is seeing what you’re going to steal; seeing what’s around you, rather than seeing your character.”Garrett is really cool and we’re really proud of him, and I think that’s why we’ve gone third-person in some brief scenes so you can see that,”. 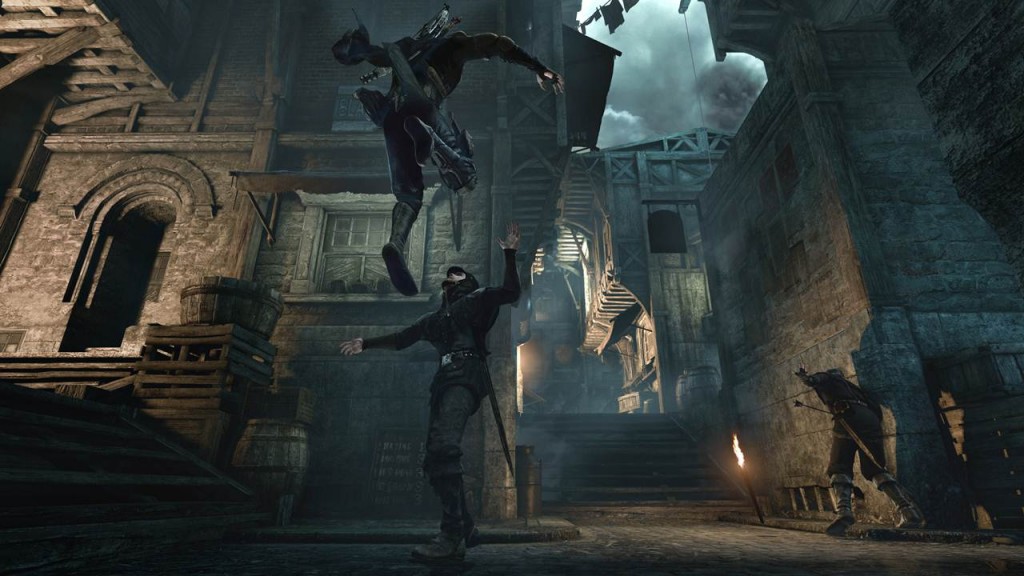 Thief follows the exploits of Master Thief Garrett who, after a long time away has returned to his home town. His home town, known as The City is under the rule of The Baron whilst the city itself is suffering from a plague. The rich prosper while the droves of less fortunate citizens suffer. Garrett see’s this as an opportunity to do what he does best. Thief has already been compared to a similar stealth action video game, Dishonored. It is however worth noting that Dishonored was heavily influenced by the original Thief games.