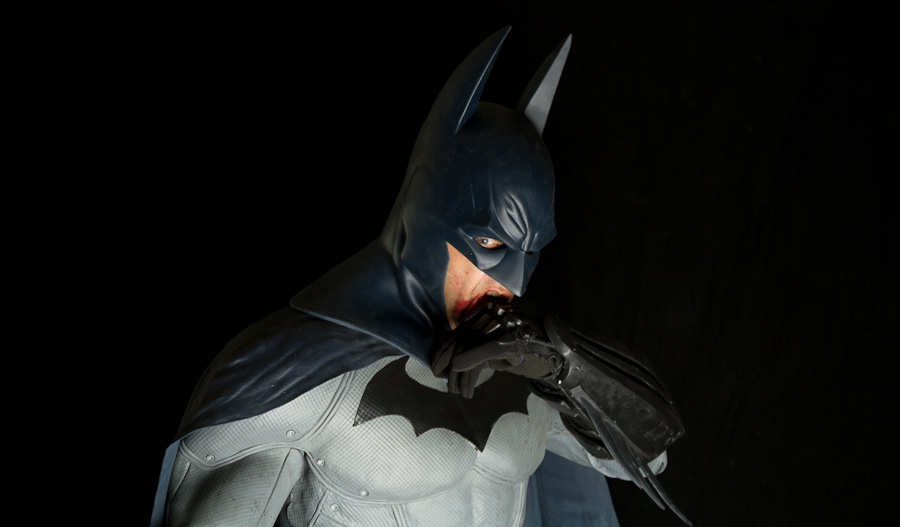 Ever wanted to bust some criminals in a bat suit? Well your dream might actually come true if you have the money. The project is still in the prototype stage but check out how a real life Bat Suit looks like. We have to say, it’s stunning.

This is what the creators had to say,

Wanted to show a project we completed recently. A group of us had been talking for years about what we always wanted to see done on screen for the Bat franchise. After the game design came out we decided to approach it with that end result in mind.

All of us agreed that this was the best movie suit never done as well as the entire game being the film we all wanted to see. And there were so many aspects to it, including the illusive blue and gray of the new city suit, that we wanted to tackle. Some of the goals on the suit were that we wanted the pieces to be accurate like they walked right off the screen. The whole suit would need to be proportioned to the point that all the pieces worked together to complete the image of the character design. This was tricky due to the fact that no human being in the world is the shape of that guy. Especially the cowl. Also the cross texture of the entire suit must be included and it has to run synced up on all panels as the game suit does, so that all lines intersect at an X throughout the entire suit.

We wanted to achieve the right colors and needed them to change dramatically from one light source to another, like the game suit does. Especially the new game where you see a brighter blue cowl in one light and then a seemingly black cowl in another. This went for the gray also as it needed to go dark and also reflect the greens that they used in the game. The whole suit is weathered to match the grittiness of the game suit and made to be worn. We wanted to follow the same basic design of the movie suits meaning separate sizeable torso, legs, etc… all mounted on an undersuit so that anyone could have it tailored to them the same way the movie pieces can be sized. The briefs were done separate so that the movement would be fluid and the entire muscle set-up should look one piece but move easily.

Check out more pictures below. 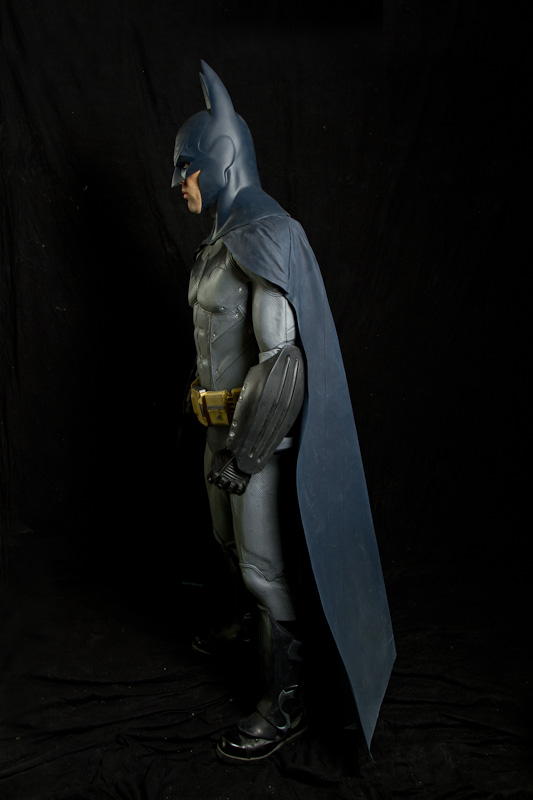 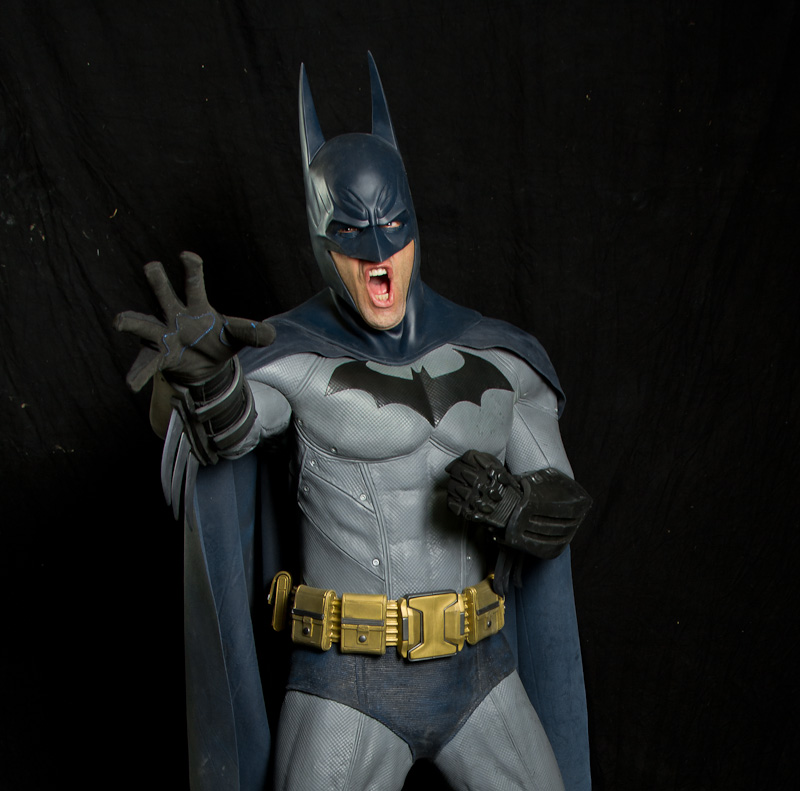 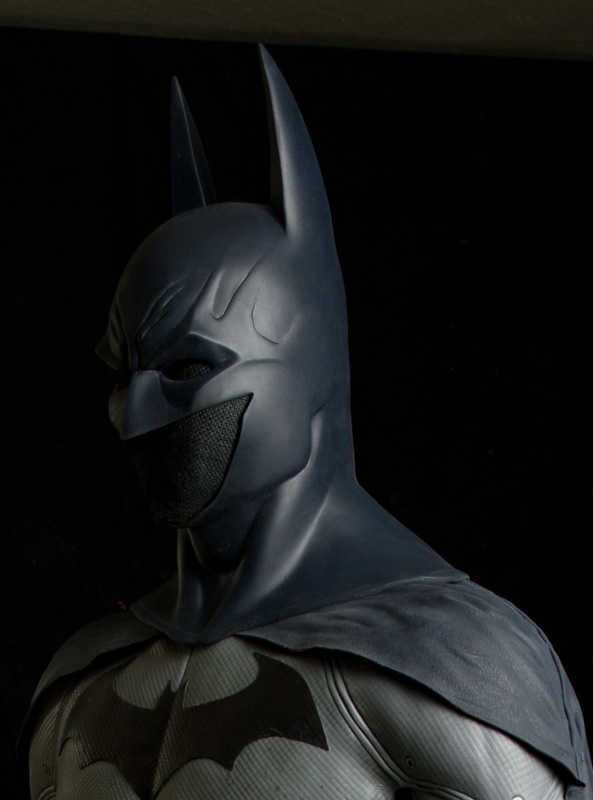 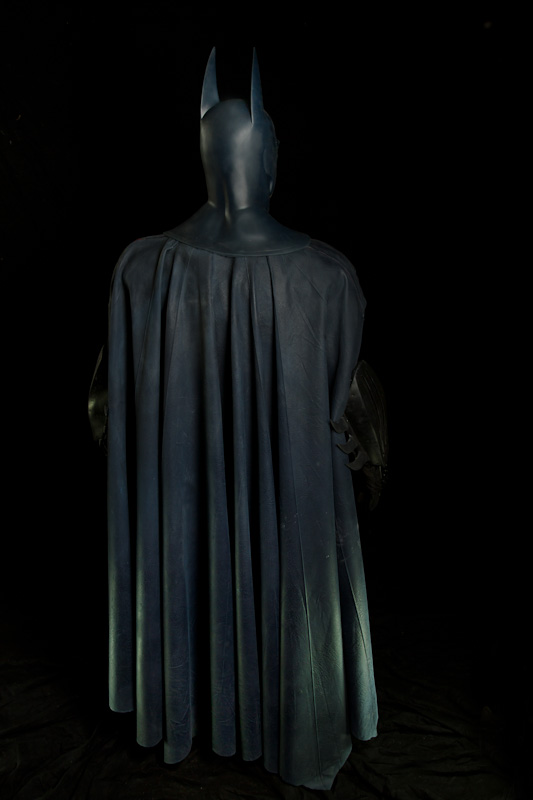 Tell us what you think about the suit in the comments section below.